In the US, more than 2.9 million bags were lost, damaged, delayed or stolen out of the more than half a billion bags the major airlines processed last year 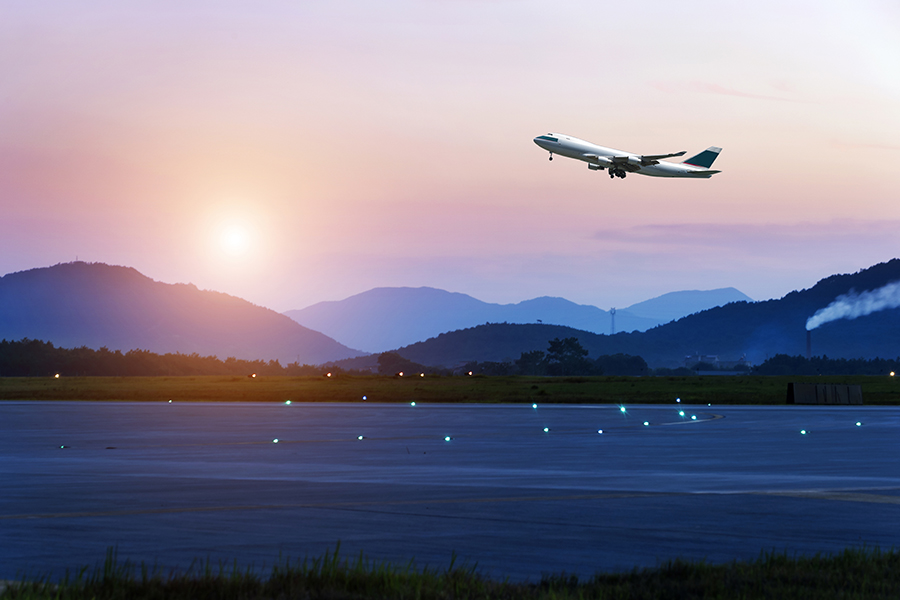 Forget about perks like miles, meals and movies. At their core, airlines promise a simple service — timely transportation — yet they made little progress toward improving that basic offering last year.
Airlines in the United States performed worse in 2019 than the year before in getting flights to destinations on time, while the share of flights canceled climbed for the third straight year, the Transportation Department reported Wednesday. Overall, 79% of flights in 2019 arrived on time, slightly less than the year before, the department said. An “on time” flight is defined as one that arrives no more than 15 minutes after its scheduled arrival, a definition that consumer advocates say is outdated. “It’s a leftover from the 1950s, when we used to have all point-to-point flights,” said Charles Leocha, co-founder of Travelers United, a nonprofit group that promotes travelers’ interests in Washington. For travelers with short layovers between connecting flights, 15 minutes can make a huge difference, he said. Hawaiian Airlines was the most punctual airline, with nearly 87.7% of flights arriving on time. Delta was next, with 83.5%, followed by Alaska Airlines with 81.3%. The Transportation Department data for major airlines includes flights operated by the companies themselves and their affiliates. Frontier performed worse than any other, with just 73.1% of its flights reaching their destination by the time promised. JetBlue was next, with just 73.5%, followed by United with 75.2%. Of course, travel misery knows many forms. Passengers on a few hundred flights endured another kind of frustration: long waits on grounded planes. Airlines reported 302 tarmac delays longer than three hours on domestic flights, compared with 202 in 2018 and 193 the year before. There were 26 delays of more than four hours on international flights, compared with 61 the year before and 51 in 2017. According to federal rules, airlines can hold passengers on the tarmac for three hours on domestic flights and four hours on international flights before allowing them to get off. The longest tarmac delay for a domestic flight in the last month of the year occurred Dec. 18, when passengers aboard a United plane waited four hours, seven minutes at Newark Liberty International Airport for a flight to San Diego. The same day, passengers aboard another United flight headed to Milan waited more than 5 1/2 hours on the tarmac at Newark, New Jersey, the longest such delay for an international flight in December. “United is disproportionately impacted by severe weather when compared to our competitors, based on the geographic location and size of our busiest hubs — particularly Newark,” the airline said in a statement. “Additionally, we are seeing worsening weather and much more intense and longer-duration weather events.” Last year was the worst in United’s history in terms of delays caused by weather or air traffic control, it added. Airlines for America, a trade group, said airlines carried a record number of passengers last year, adding that the tarmac delays were caused by severe weather, poor airport maintenance and security-related disruptions. Delays are one thing, though. Never boarding the flight you booked is another. According to figures released Wednesday, the major carriers canceled 1.9% of scheduled flights last year, a figure that has steadily increased since hitting a low of 1.1% in 2016. And cancellations were highest at American, Southwest and United, which have had to scrap hundreds of flights because of the grounding of the Boeing 737 Max. Passengers suffered other indignities last year, too. More than 2.9 million bags were lost, damaged, delayed or stolen out of the more than half a billion bags the major airlines processed last year. American Airlines, United and JetBlue mishandled bags more frequently than any other. Allegiant, Frontier and Southwest mishandled bags the least. The airlines also mishandled 1.54% of checked wheelchairs and scooters. The Transportation Department changed its mishandled baggage data in December 2018 and started counting mishandled wheelchairs and scooters only that month, so the data cannot be compared with previous years. More precious cargo wasn’t immune to problems, either. Eleven animals died in transit, and eight were injured, though those figures were just a tiny fraction of the more than 400,000 animals transported on airlines. According to the data, Hawaiian, United and American had the worst track records for ferrying animals. The Transportation Department also reported an increase in disability and discrimination complaints of more than 9% last year compared with 2018.

Tweets by @forbes_india
An education startup with a clear philosophy: Grades Don't Matter
Roku is now betting on a model that's as old as TV: Advertising