Roku is now betting on a model that's as old as TV: Advertising

More than a decade after being beaten by TiVo, Anthony Wood became a billionaire with cheap streaming gadgets. That business has never turned a profit. Roku is now betting its future on advertising 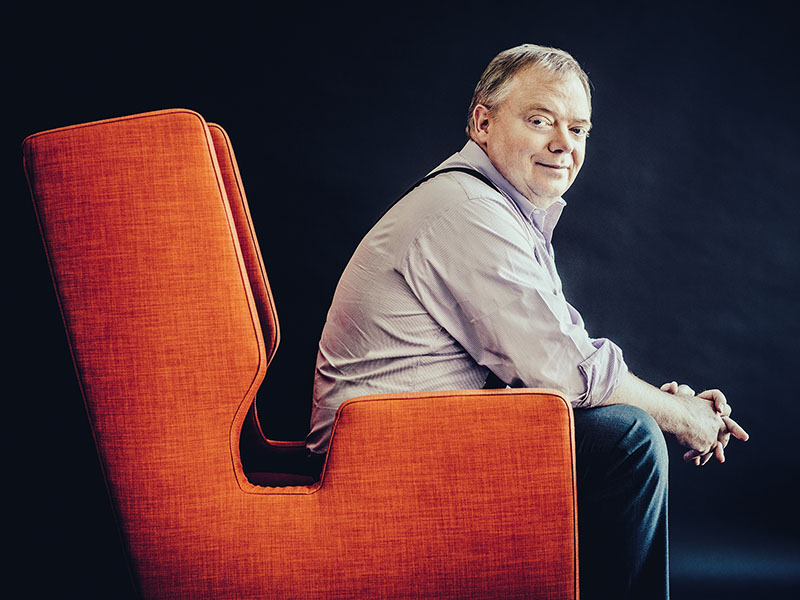 More than a decade after being beaten by TiVo, Anthony Wood became a billionaire with cheap streaming gadgets. That business has never turned a profit. Roku is now betting its future on advertising DVRs and Netflix have taught a generation to hate television commercials. Anthony Wood should know—he created one of the first DVRs that allowed viewers to skip commercials, and he also worked briefly at Netflix, directly under its co-founder Reed Hastings. But Wood’s latest pivot, in the midst of the streaming media revolution, has been to bet the future of his streaming device company, Roku, on the very thing consumers are said to loathe: Advertising.

It’s a necessary pivot. Roku’s original business, selling inexpensive dongles that let TV viewers tap into the internet to stream 500,000 movies and TV episodes from Netflix, Disney and many more, is a low-margin one that has never turned a profit. Even worse, streaming has become a commodity, with streaming apps integrated into anything that can get online, from PlayStation consoles to tablets to smart TVs. Wood, 54, is now betting that Roku will be able to move beyond its hardware business into a more lucrative software business: Measuring the reach and effectiveness of ads on streaming apps. “Traditionally, the only way you would measure a TV ad is through Nielsen ratings, which could tell you roughly how many people have watched it,” Wood says. “Our measurement is very precise, where we can tell a company that out of everyone who saw your ad, 5 percent went to your website and bought something,” he explains. “We’re bringing the sort of technology that’s already been around for a while on the internet to the TV world.” Roku does this with in-house measurement tools, but also with 11 partners including New York-based Nielsen in order to tell advertisers like clients Jaguar Land Rover and Baskin-Robbins how their ad campaigns performed against which demographics. The shift is paying off. In 2015, 84 percent of Roku’s $320 million in revenue came from hardware; 16 percent, or $50 million, came from advertising and content. Now, advertising is the fastest-growing segment, and those numbers have nearly flipped. Roku doubled down in October, announcing a $150 million acquisition of dataxu, a Boston-based tech outfit that allows clients to plan and buy video ad campaigns.  Investors are loving it. Roku’s stock has rocketed up over 340 percent since the beginning of 2019, pushing its founder’s net worth to $3.3 billion, a $2.6 billion jump since January. It recently traded at a rich 17 times sales. “I have no idea why Roku is valued [so high],” says Wedbush Securities’ Michael Pachter.

Wood’s plan to cater to advertisers comes from an early failure. In the early 1990s, figuring there had to be a better way to record new episodes of his favorite TV show, Star Trek: The Next Generation, than using VHS tapes, he came up with a DVR. The initial product, marketed as ReplayTV, was released in 1999 and cost around $1,000. Big mistake. Rival TiVo sold its boxes for reportedly under $500 and gobbled up market share. Low on cash, Wood sold ReplayTV in 2001 to Santa Clara-based consumer electronics firm SonicBlue for a reported $42 million and stayed to help run it. To differentiate it from TiVo, Wood released a version of ReplayTV with an ad-skipping feature. Bigger mistake. The company was sued by everyone from Paramount to MGM to Disney. Sonic­Blue went bankrupt. “We didn’t take industry requirements into account,” Wood now says.  Undaunted, Wood founded Roku in 2002. He cold-called Netflix’s Reed Hastings and asked him to lunch. Hastings took the meeting. “I guess he’d heard of me because of Replay,” Wood says. Hastings invited Wood to join Netflix as vice president of Internet TV in 2007 and guide Netflix’s streaming player, code-named Project Griffin, through production. After 10 months, Wood left, at which time Netflix spun Project Griffin into Roku and became an early investor (it sold out a few years later). Roku sold its first set-top boxes in 2008. This time Wood kept prices low—the first went for $99.99. Today its cheapest device sells for less than a third of that. As of 2018, Roku had nabbed a 41 percent market share of streaming media devices—more than Amazon Fire TV, Google Chromecast and Apple TV. The business is still growing but competition is heating up while prices drop.  To stay relevant, beginning in 2014 Roku partnered with several TV makers, including China’s TCL and Hisense and Japan’s Hitachi and Sanyo Electric, to build its operating systems into TV sets. According to Roku, its software is in one in three smart TVs sold in the US during the first nine months of 2019. But other TV makers are jumping in: Samsung, the world’s leading TV manufacturer, announced in May that all of its new smart TVs would come with the Apple TV app built in. Roku also faces rivals in the ad world. Media conglomerate Viacom bought the free, ad-supported streaming service Pluto TV for $340 million in March. NBC is launching Peacock, its own streaming service with advertising, next April. Wood says he welcomes all entrants. “The exciting thing for me about the streaming wars is that humongous companies like Disney are all going in on streaming,” Wood says. “That’s only good for us.” But he might want to press pause on that button. These big media players may be allies today but foes tomorrow. “Everyone has realised the living room is too important,” wrote Pivotal Research CEO Jeffrey Wlodarczak in a September report titled “Is Roku Broku?” “And the big boys are likely to make Roku growth much more difficult.” Wood had better start thinking of his next pivot soon.