Amid falling global capex, ONGC to step up spending on E&P

The state-run oil and gas explorer seeks to leverage benign operating costs in a subdued market to increase production; may invest around $4-5 billion in three years 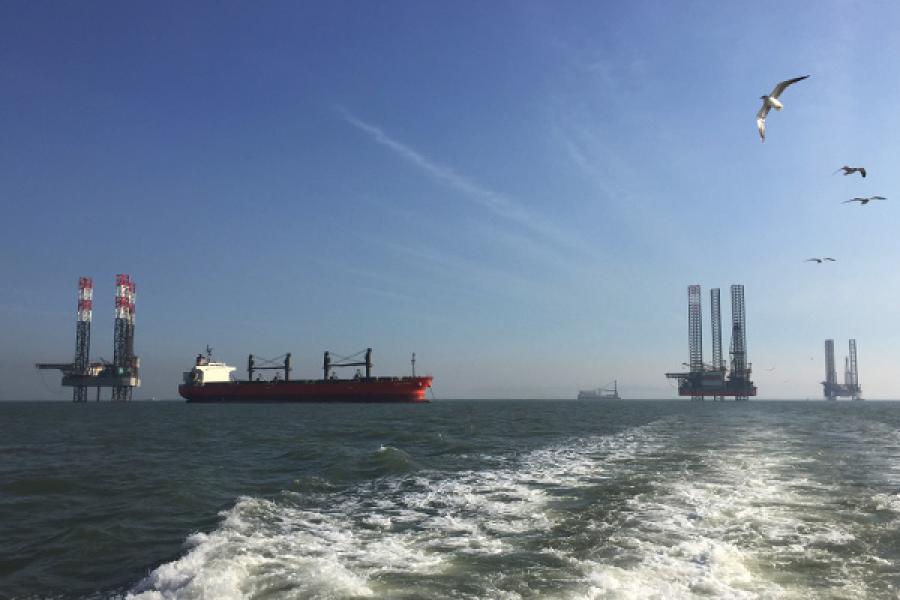 Image: Joshua Navalkar
The new policy announced by the government on March 10 to make gas prices from new blocks market-linked may spur fresh investment in the sector

Depressed crude oil prices have deterred many large oil and gas corporations from incurring fresh capital expenditure to explore the hydrocarbon. According to a Bloomberg report, even sea pirates off the West African coast don’t think it worth their while to attack seaborne tankers carrying the natural resource at its present price.

Dinesh K Sarraf, chairman and MD of ONGC, said on Saturday that his company would be incurring a “multi-billion dollar” capital expenditure programme to bolster exploration, development and production of crude oil and gas, including a plan to execute the largest (by investment) single-location project undertaken by the company in its history.

The capex programme, which Sarraf expects ONGC’s board to approve either later this month or next, may see ONGC invest as much as $4-5 billion over the next three years. This will include drilling for oil and gas at the oil explorer’s high-potential hydrocarbon block KG-DWN-98/2, in the Krishna-Godavari basin, off the eastern coast of India.

The total output expected from this field over 15 years from the date of commencement of production would be 23.5 million tonnes of oil and 50.7 billion cubic meters of gas. TK Sengupta, ONGC’s director (offshore) said that KG-DWN-98/2, which is a deepwater block, is expected to reach peak production of oil and gas around 2021.

ONGC’s strategy to ramp up its exploration and development activities against the backdrop of declining crude prices is a discharge from the global trend of reducing capital expenditure in the oil and gas sector, with most of the major explorers going slow on drilling activity till they tide over the non-remunerative price regime.

Over the last two years, the Brent price of crude has nosedived almost 63 percent to $40.36 per barrel. According to a JP Morgan report dated March 9, 2016, global capex towards upstream exploration and production is expected to decline by 23 percent year-on-year in 2016 and is likely to be only 60 percent of the peak capex incurred in 2014.

While ONGC has been maintaining an annual capex level of Rs 30,000 crore per year over the last couple of years, it has been able to extract a greater bang for its buck as costs associated with oil and gas exploration have fallen drastically. These costs include payments to contractors and cost of constructing platforms, offshore pipelines and so on.

“One way of dealing with low oil prices is to stop undertaking new projects in the absence of clarity on whether they will be economical. But at ONGC we have taken a contrarian view,” Sarraf said. “We feel this is a time when operational costs are low and we can leverage that to explore, develop and produce more oil and gas.”

Sarraf further elaborated that ONGC derived the confidence to press ahead with its investment plans from the processes and mechanisms developed by its teams that have led to an increase in efficiency and reduction in costs. As a testimony to the company’s technical and managerial capabilities, ONGC will go solo while developing its prospects at KG-DWN-98/2, without bringing on board an external partner. Typically, winners of hydrocarbon blocks in the country have been consortiums of two or more companies, where apart from the Indian firm, at least one partner is a foreign player that brings in technical expertise.

ONGC’s bold bet to step up its exploration of new reserves also comes on the back of meaningful reforms ushered into the sector by the government of late. As part of the new policy for oil and gas exploration in the country, announced by the government on March 10, gas pricing from new blocks and existing discoveries that are still to go into production has been freed. However, to protect users of such gas, including power and fertilizer companies, from a price shock, a cap on this gas price has been proposed for the time being. This price ceiling is linked to the opportunity cost of imported fuel, including gas and other alternatives like naphtha and fuel oil.

“We weren’t able to monetise discoveries (like those in KG-DWN-98/2) earlier because these are difficult areas and prevailing price of gas was very low (in comparison to the costs and risks associated with exploration and production of such fuel),” Sarraf said. “With the new pricing regime, monetisation of these discoveries will be viable.”