Unfavoured for years due to the dispute, areas in and around the proposed Ram Mandir have now multiplied in value; experts caution that haphazard development to keep up with demand could lead to serious infrastructure issues in the long run 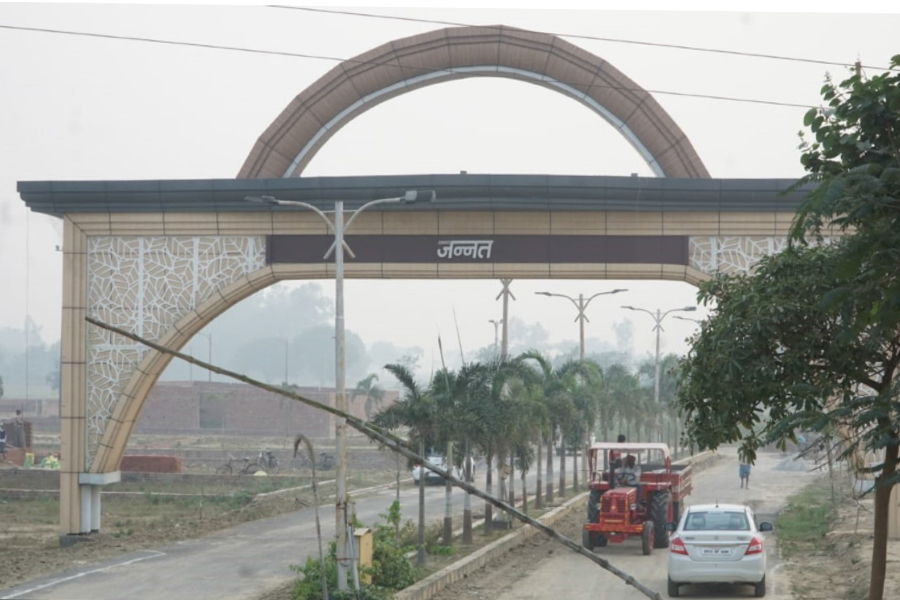 On November 9, the Supreme Court gave a long-pending verdict over disputed land in Ayodhya, which cleared the construction of a Hindu temple to deity Ram. In a 4-km radius from the proposed Ram temple site, rates have tripled, from Rs 400 per square foot to Rs 1,200 per square foot.

Ayodhya: Property dealer Mohammad Irfan, 60, is a busy man these days. He has been dealing with more than 20 clients per day who are looking for land in Ayodhya, Uttar Pradesh (UP). Irfan, who goes by the moniker ‘Nanhe’, tells his clients that not a single Ayodhya resident could have predicted that property rates would shoot up this much in the town. “If you had come to me earlier, I could have helped you get this plot worth Rs 40 lakh for less than Rs 10 lakh,” Nanhe tells his client. On November 9, the Supreme Court gave a long-pending verdict over disputed land in Ayodhya, which cleared the construction of a Hindu temple to deity Ram; an alternative five acre plot will be earmarked to build a mosque, as the Sunni Waqf Board contested that this was the site of the Babri Masjid, demolished by Hindu extremists in 1992. Since the verdict, land prices here have shot up, with an expectation of tourism and business opportunities in Ayodhya to rise. Along with the Ram temple, many ancillary industries are likely to come up. “The rates have increased up to six folds after the Supreme Court passed its verdict,” Nanhe told Forbes India. “Many families from both Hindu and Muslim faiths had moved out of Ayodhya over the years, selling their homes at throwaway prices. Now, the rates have multiplied.” 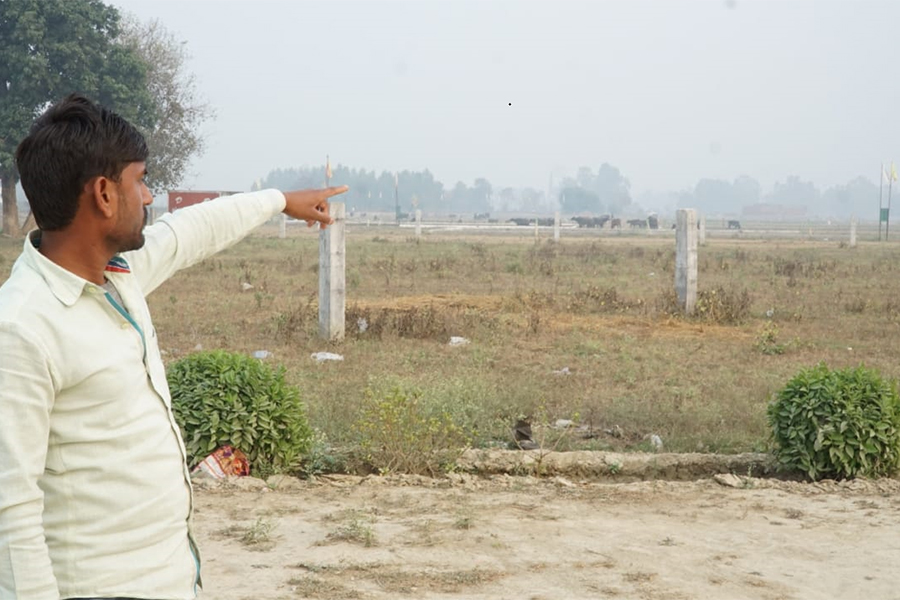 Properties near Naya Ghat (on the new Sarayu river bank) have seen increased demand from mid-level hotel and restaurant players, while the big fish are eyeing larger properties around Ayodhya.

Anil Kumar, 31, a resident of Kanpur, owns ancestral property in Rudauli, 40 kilometres away from the district headquarters of Ayodhya. “I was struggling to find customers before the Ayodhya verdict, even had to invest in newspaper advertisements, but a lot of people are approaching me for the same property now,” he says. “Earlier, I would get offers for Rs 1.5 crore, when the property was worth at least Rs 2 crore; but that has changed now.” For one of Kumar’s other properties in Rudauli, which measures 12,000 square feet and is worth Rs 5 crore, he had no prospects before the verdict. But within two days of the judgment, he has had several inquiries, and hopes to sell it for Rs 6 crore. Ambereen Saeed, 40, a Lucknow-based architect, said that developers have suddenly shifted their interest to Ayodhya from other cities. “The commercial value of Ayodhya has now multiplied due to its religious importance,” she told Forbes India. “Earlier, people refrained from buying property here owing to the dispute. But now, several projects in Lucknow have been put on hold so developers can focus on Ayodhya instead. It’s seen as a gold mine, with good return on investment and infrastructure development to take place in the coming years.” Nanhe adds that the expected economic boom is attracting potential buyers from neighbouring cities such as Delhi, Lucknow, Gorakhpur and Varanasi, especially for commercial property. In a 4-km radius from the proposed Ram temple site, rates have tripled, from Rs 400 per square foot to Rs 1,200 per square foot, he says. Properties near the Karyashala (where stones are collected for temple construction), Naya Ghat (on the new Sarayu river bank) and Mahobra (close to the famous Hanumangarhi temple) have seen increased demand from mid-level hotel and restaurant players, while the big fish are eyeing larger properties around Ayodhya. Many investors are also looking for older buildings around the Sarayu river bank, to repurpose into a heritage hotel. On November 2, the UP government approved a budget of Rs 447.46 crores to develop Ayodhya as Ram Nagari, the city of Lord Ram. The amount is to be used to purchase 61.38 hectares of land in the Meerapur area, to erect a statue of Ram, funded by CSR (corporate social responsibility) initiatives. The money will also be used to develop tourism and for beautification. A digital museum, library and other tourism facilities have been planned. 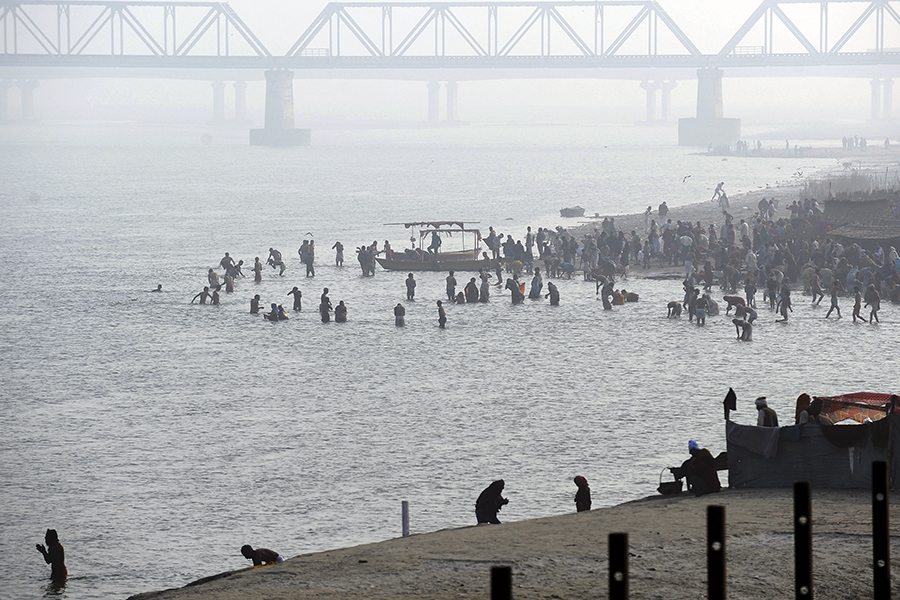 Nishant Upadhyay, a conservation architect and consultant with UNESCO, cautions, “Such sudden socioeconomic changes invariably lead to gentrification, where the local community is forced to sell their properties owing to economic pressure and demand. Their profit is one-time, but they are alienated from their own land and culture, which, in turn, impacts the cultural landscape itself.” “The site becomes eventually a hub for unsustainable tourism and an aggressive hotel industry, which leads to the eventual loss of the cultural and spiritual values of the sacred landscape,” he adds. The sudden surge in interest could lead to infrastructure problems such as insufficient sewage capacity, water, improper food facilities and pollution of the local water source, the Sarayu river. “There should be a mechanism in place to protect land rights and control the real estate upsurge,” he added. (The author is a Lucknow-based freelance writer and member of 101Reporters.com, a pan-India network of grassroot reporters)​