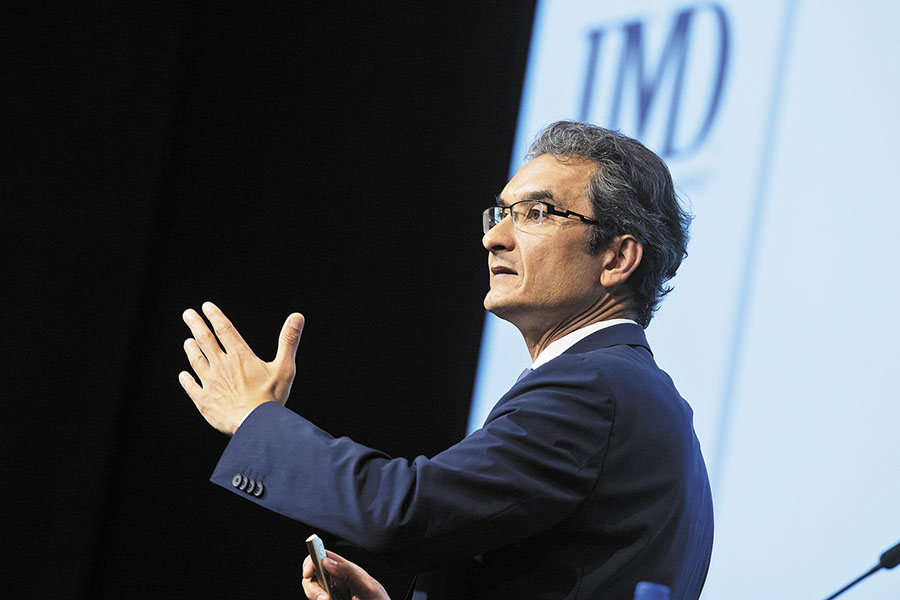 According to the IMD World Competitiveness Center, a research group at the IMD business school in Lausanne, Switzerland, India ranks 45th out of 63 countries in its ‘World Competitiveness Ranking’, which was released in May this year. It is down four positions from last year though the report identifies cost competitiveness, dynamism of the economy, skilled workforce and high educational levels among the country’s key attractiveness indicators.

In an interview with Forbes India, Professor Arturo Bris, director of the IMD World Competitiveness Center, says the country’s strength lies in its private sector, and intense reforms in finance and infrastructure development should be key priorities for India to become fiercely competitive. Edited excerpts:

Q. How do you define ‘competitiveness’?
Competitiveness, for us, has a specific definition. It is increased productivity. We look at four factors of competitiveness: Economic performance, government efficiency, business efficiency and infrastructure. An economy is competitive if it is productive, and such productivity leads to social goals like value creation or prosperity. One example is China, which is a productive economy. But it is not competitive today because [such] productivity does not mean a better quality of life or competition among companies. At the other end of the extreme are countries such as Switzerland that are at the limits of their productivity, but have been able to transform the small levels of productivity into [positive] economic and social outcomes.

Q. What makes a country truly competitive?
There’s no single recipe for competitiveness. Each country defines its ‘competitiveness’ objectives the way it wants. For some, it is GDP growth. For others like Bhutan, it could be happiness. So, first of all, objectives differ. And second is the model. The US competitiveness model is different from the Swiss or Chinese. But we always find three commonalities among the most competitive countries: An efficient government, a good private sector because that’s what creates jobs and good infrastructure, whether physical or intangible. That includes health and education.

Q. India has hovered between ranks 40 and 45 for five years. Why has it stayed range bound?
Remember that India is a Brics country. So it has been a miracle country for the last 15 years, but it hasn’t taken off. There has been a good effort made by the public sector for the policies in India, but the problem is long lasting. The competitiveness factors are lacking and will take generations to change. I’m thinking fundamentally of infrastructure and public sector efficiency and regulations. Though India has a good infrastructure policy, when compared to China and Southeast Asia, it probably has the weakest financial sector. Historically, there was a huge mistake that India nationalised the banking sector in the ’60s. And now you don’t find a large global ‘Indian’ bank, given the size of the country. It is a country that has not developed its financial sector. When you don’t have a financial sector, it is difficult to invest in big projects or even new companies. In contrast, China has successfully and productively built its financial sector that is leading its economy. A big, profound financial reform is necessary in India. You see massive fragmentation of the sector.

Q. So what should India do to break into the top ten?
It should not make the mistake that Brazil did. The country enjoyed good times—massive growth, good commodity prices, strong currency—but didn’t invest in where it is important to: Infrastructure, health and education. You need to forget the short-term gains and short-term growth, and invest in what will transform the economy over the next generation. In the other areas, India is in a good position and its economy is strong. Its strength lies in its private sector. India is a private-sector driven economy like the US. But then, the private sector needs infrastructure. Compared to the 63 countries ranked [in this study], India is No 61 in education and No 61 in health and environment, and these are two prime areas.

Q. US, ranked 4th, has slipped to its lowest position in five years. Why is that?
The US economy performed extraordinarily well in 2016, yet it slipped in the ranking. One-third of our indicators come from the [executive] survey. In the US, that survey reflects a negative sentiment about the political environment, and hence its economy. We conduct the survey every year between January and April, for the report published in May. The responses peaked on the results of the [Donald] Trump election. And then you can see massive deterioration in areas like protectionism, resilience of the economy, transparency, openness of the economy and social cohesion. In these factors, the US falls significantly, [and therefore] becomes uncompetitive. We have noticed that business sentiment is one of the important predictors of future competitiveness. The moment the sentiment is positive, countries attract capital and entrepreneurs invest there. I feel that the US is entering into a negative sentiment trend.

Q. China, on the other hand, has moved up seven places to rank 18...
The Chinese economy has grown a lot; it is a leader in productivity growth. In recent years, it is attracting a lot of capital, is exporting a lot and is an extremely sound and solid economy. That explains the increase in competitiveness.

Q. What makes countries like Singapore and Switzerland the most competitive ones? Do they benefit from their smaller size?
It’s not related to size because our methodology penalises small countries. In a large economy, you can invest in infrastructure, diversify the economy and so, it is easier to be competitive. The fact that you have various small economies on the top of the ranking shows the benefits of specialisation, and how easy it is to implement policies. In Switzerland or in Singapore, it is easy to implement policies and consensus is easily achieved. Even though Switzerland is slow in [implementation of] policies, all the policies undertaken are business-oriented. In a larger country with more diversification and less social cohesion, it will be difficult.

Q. What do you mean by ‘future readiness’, which is one of your indicators/parameters?
Future readiness is a part of the digital competitiveness rankings [which were published separately this year]. As a country, you also need to have future readiness. This means companies must be willing to embrace digital transformation [through] business agility or failure culture. In India too, the business sector is embracing technology, but culturally, people are less prone to using technology or e-participation, internet retailing or tablet possession.

(The writer was at IMD World Competitiveness Center at the invitation of IMD business school, Lausanne, Switzerland)

Tweets by @forbesindia
Podcast: Prime for India - A strategic market for Amazon
Infosys shares rise on news of first buyback in the history of the company