T he fund management industry in India has had a close association with Crisil, India’s largest debt rating agency. Either they have directly worked in Crisil or there is a very strong chance that they are closely associated with someone who has once worked with Crisil. It has provided some of the best people to financial markets just like HUL provided CEOs to corporates in the past. The credit for building such an institution must go to the late R. Ravimohan who headed Crisil from 1994 to 2008.

When he was building the Crisil certified analyst programme in 2007, the senior management had many issues. The idea of the programme was to hire some of the brightest Indian minds and train them for two years for a stipend. The programme was designed in such a way that it could rival any IIM or ICAI curriculum and bring out a graduate who would be a complete analyst. Many in the senior management thought it was important to bind these trainees with a service agreement since many trainees would eventually move into other jobs and Crisil would lose on its investment. Ravimohan disagreed. “We don’t want bonded labour. We want people who want to stay with us. We want analysts who find our organisation worth working for. So if people are going to leave, then something is wrong with us. In such a situation we need to change the culture of the organisation than bind young people with service agreements.” The programme went ahead and won a global best practice award from the McGraw-Hill foundation. 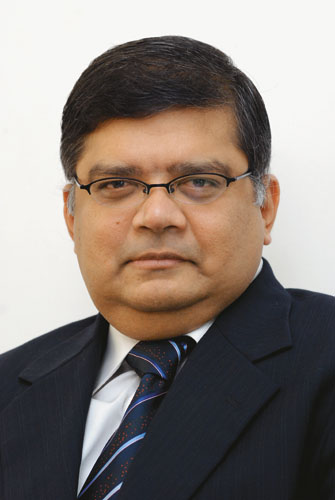 Empowerment and freedom are the two words that epitomise Ravimohan
Empowerment and freedom are the two words that epitomise Ravimohan. He was a man with a vision. When Crisil was not even a Rs. 100 crore company, he dared his senior team to dream big. He got people from different walks of life and made them leaders. The then director of HR at Crisil, Murli Iyer, came from a hotel management background. Under the guidance of Ravimohan, the company came out with some radical HR policies. Today Crisil has built a technology that allows all its employees to customise their salaries legally the way they want, something that many companies still do not allow. Its employees have one of the highest number of leaves in India.
Those who have worked in Crisil before Ravimohan feel that he brought an enthusiasm and change into the organisation that was not there earlier. He was very clear where the organisation should go. Anybody in the organisation, big or small, could approach him directly and he was open for a debate. Many who have worked with him closely feel that he was a people man. He liked to punt on people.
Subir Gokarn, who came into Crisil from NCAER as chief economist in April 2002, was given charge of businesses like research and information in late 2003. Gokarn, now the deputy governor of RBI, says “Once the goal was set, he would give you the autonomy to deliver. He had a hands-off approach in management style and was very conscious about rewards.”
When Ravimohan was about to give his first introductory speech for Crisil employees, he met Roopa Kudva, the current CEO, on the way. Since Kudva had been on leave, she had no idea what the new head of Crisil looked like. After a brief introduction, Ravimohan told her he was also headed for the introductory speech by the new director. It’s only later on that Kudva realised that the same person she had spoken to ended up giving the speech. “He knew that I could figure it out. That was him. He left it to you to figure it out,” says Kudva.