Underwriting fees for investment banks up 98 percent from last year, stand at highest in a decade 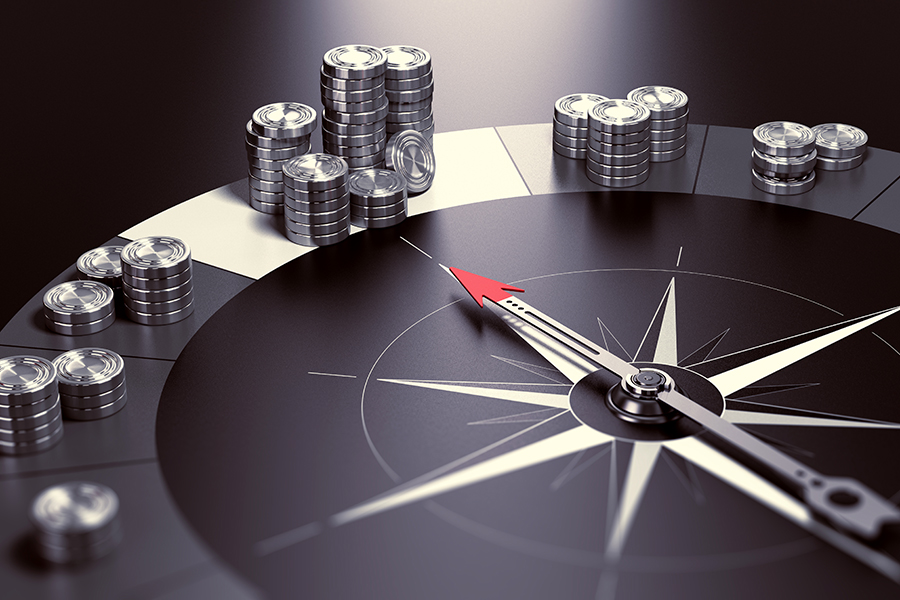 While the Covid-19 pandemic has taken the sheen away from mergers and acquisitions during the year, equity capital markets (ECM) have a different story to tell. While Indian capital markets have run up significantly since the massive crash in March, according to Refinitiv Deals Intelligence, investment banks in the country generated underwriting fees worth $260 million through ECM deals during the first nine months of 2020, a 98 percent increase from the same period in 2019, making it the highest in over a decade.
ECM is the only category which has witnessed deal value and volume spike during the year, unlike other categories like mergers and acquisitions advisory fees, debt capital deals, even the initial public offering segment. “Immediately after the pandemic started, corporates wanted to ensure they are well capitalised to meet business and working capital requirements over the next four-six quarters,” says Chirag Negandhi, managing director and co-CEO of Axis Capital.
Another factor that has led to the fund raise by corporates is to garner a war chest to go after inorganic assets, as some of the mid-market and smaller companies are finding it difficult to survive. “These corporates tapped the long-only investor universe that had, in most cases, discounted the current pandemic and had a view that 6-12 months out, things will return to normalcy,” adds Negandhi.
In fact, ECM deals hit an all-time high and companies managed to raise $32.7 billion during the first nine months of this year, up 87.7 percent from a year ago, surpassing the annual record set in 2007 of $31.2 billion. A flurry of follow-on offerings totalling $29.6 billion, up 94.1 percent from a year ago, accounted for 90.4 percent of India’s overall ECM proceeds, led by billionaire Mukesh Ambani’s Reliance Industries [the company is the owner of Network 18, the publisher of Forbes India], which priced its $7 billion rights offering in June.  The deal is now currently India’s largest-ever ECM offering, surpassing the previous record from ICICI Bank’s $4.6 billion follow-on offering in June 2007.  The second company on the table is fast moving consumer goods company Hindustan Unilever Ltd which raised $3.3 billion in May. 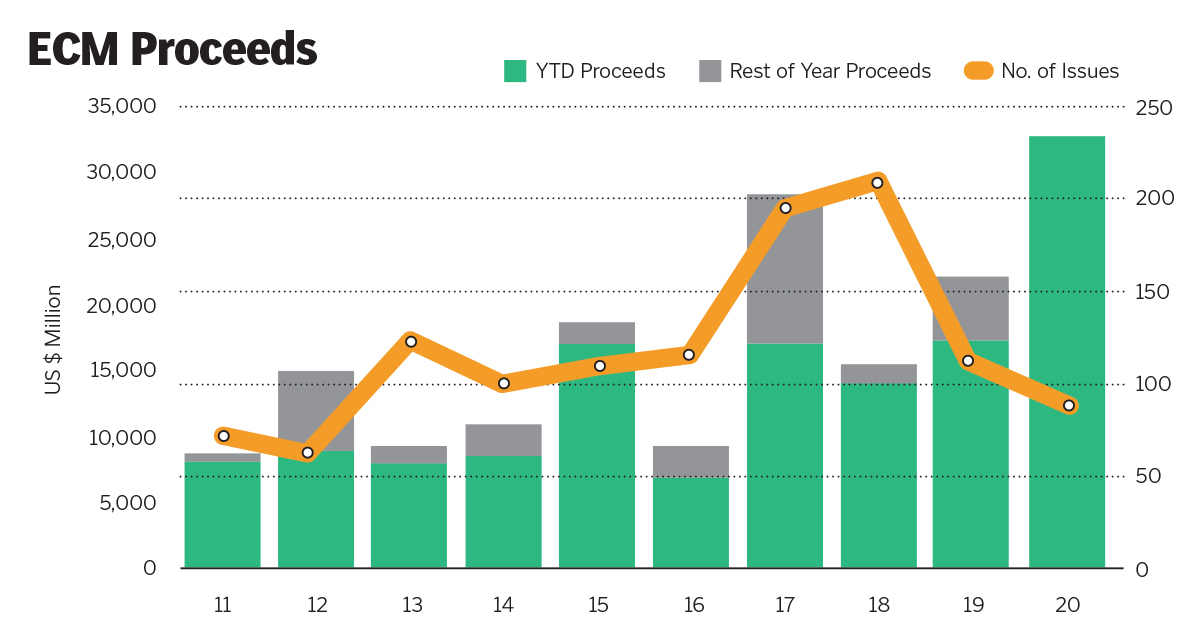 Negandhi is also of the opinion that the qualified institutional placements (QIPs) too witnessed strong reception from investors; large private banks, real estate firms like Phoenix Mills, agro-chemicals firm PI Industries, among others, saw strong response to their offerings. The banking sector itself saw paper supply upwards of $9 billion.
Investment bankers also believe the momentum could potentially continue as companies are planning to strengthen their balance sheets and improve liquidity to overcome any unforeseen situations in the coming months. While the pandemic has left a lot of listed traditional companies in jeopardy, bankers, over the last two months, have been busy raising capital through initial public offerings (IPO). Technology, pharmaceuticals, chemicals, defence etc have seen high investor interest.
On the other hand, companies raised $2.1 billion through IPOs since January this year, down 14.4 percent from the same period last year and the lowest since 2015 when Indian companies had raised merely $1.1 billion.
The Refinitiv data adds JP Morgan leads the ranking for India’s ECM underwriting with $4.1 billion in related proceeds and 12.4 percent market share. HSBC Holdings and BofA Securities take second and third place, capturing 9 percent and 8.3 percent market share, respectively.
Overall, investment banking activities in India generated $790.2 million between January and September, a 2.6 percent decline as compared to the same period last year.
Elaine Tan, senior analyst at Refinitiv, says: “As the disruptions brought by the Covid-19 pandemic remains a concern for companies and the economic cost caused by widespread lockdowns continues to provide uncertainties, deal-making activity in India fell to a three-year low during the first nine months of this year. However, third quarter activity witnessed recovery as deal value grew 72 percent sequentially after the second quarter fell to its lowest quarterly levels since Q3 2017.”
ICICI Bank took the top spot in India’s investment banking fee league tables with 14 percent wallet share and $110.8 million in related fees. Morgan Stanley followed in second place, taking an 8.2 percent wallet share and $65.2 million in related fees. “Capital market environment post the outbreak of Covid-19 situation has been very buoyant on the back of continued liquidity with Indian markets witnessing DII inflows of $8.2 billion year to date and foreign portfolio investors (FPIs) inflows of nearly $ 5.5 billion, says Ajay Saraf, Head of Investment Banking and Institutional Equity at ICICI Securities. Saraf adds, “While we expect some volatility in October-November on account of the US elections, the strong equity capital activity trend to likely continue going forward with several companies especially from the Tech, BFSI, Consumer and Pharma space looking up to looking to tap the buoyant market conditions.