Deconstructing the Collapse of Sahara

In his book Sahara: The Untold Story author Tamal Bandyopadhyay explains the intricate innards of the company. An extract: 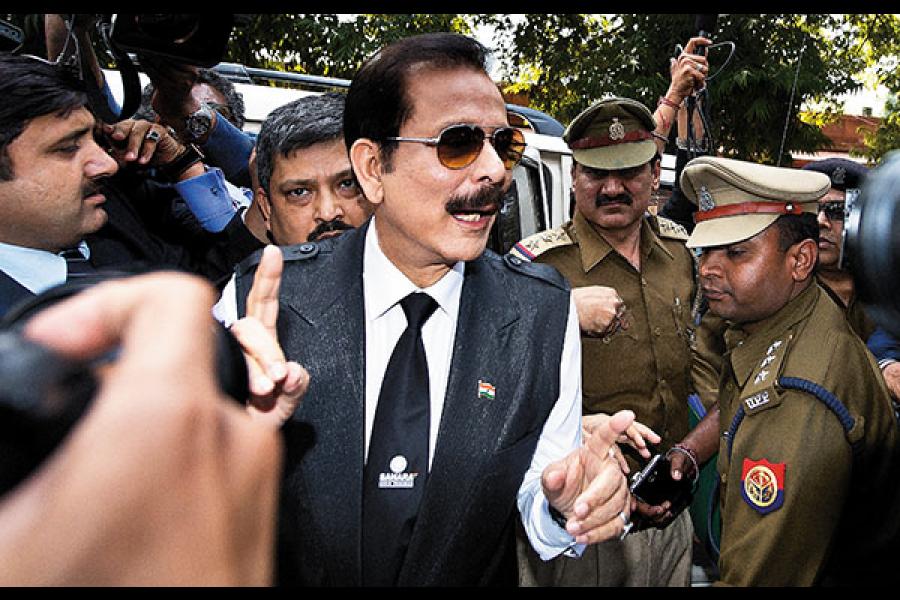 The RBI sealed the fate of SIFCL [Sahara India Financial Corporation Ltd] in June 2008, but the entrepreneur in Subrata Roy knows how to open another door when one closes. Money, the raw material of his business, does not grow on trees. Nor does he have a note-printing machine at Sahara Shaher, the fortified, 360-acre, self-supporting township in Lucknow that Roy lords over. But he knows how to collect money the way seasoned gardeners gather leaves in the fall.

Sahara Shaher boasts of everything that one needs for a comfortable living—a helipad, a cricket stadium, a mini sports complex, a lake 11-km in circumference, an 18-hole mini-golf course, a revolving open-air stage, a state-of-the-art auditorium that can accommodate 3,500 people, a 124-seater cinema theatre and a five-bed health centre with an ambulance, besides a fire brigade station and a petrol pump.

There is no interest payment during the life of the instrument, usually three or five years. The investor in such an instrument has the option to decide at a predetermined time—after one or two years from date of issuance—to convert the debenture at a formula, linked to the market rate. Usually, it is at a discount to the assumed market price on the date of conversion. Since the investor does not earn interest, the earning is a function of differential pricing.

How does the company benefit? The company does not have to service the debt until it is converted into equity; this arrangement protects the annual cash flows. However, if an OFCD is not converted by the investor, the company needs to redeem it at a premium to the issue price, factoring in the interest payment. This usually happens when the market price of equity is less than the conversion price as the investor loses incentive to convert OFCD into equity.

In contrast, FCDs or fully convertible debentures, are converted on a predetermined date at a fixed price and the investors get interest at regular intervals till the date of conversion into equity.

Sick and tired of the RBI’s insatiable appetite for information and endless scrutiny, a nimble-footed Roy chose to move into the fold of Registrar of Companies (RoC) in UP and Uttarakhand, under the Ministry of Corporate Affairs, an entity that polices all of India’s registered companies.

The listed companies, by virtue of being traded on stock exchanges, are looked after by Sebi as well. Incidentally, Roy has under his belt 4,799 establishments, almost equal to the universe of listed companies in India, the largest market for listed entities in the world.

It might have gone unnoticed but for Roy’s plan to list one of his group companies, Sahara Prime City Ltd. On page 640 in the disclosure section in the 934-page Draft Red Herring Prospectus (DRHP) of Prime City filed with Sebi, one critical piece of information was tucked away that India’s capital market regulator latched on to—certain tax-related issues in regard to OFCDs which SICCL was fighting out with the income tax authority. This was related to a Rs 35.57 crore disputed income tax that was imposed on the company for accepting OFCDs worth Rs 20,000 or more from many investors through cash and not account payee cheques or demand drafts, as is required under the Income Tax Act 1961.

When Sahara Prime City filed the DRHP, SICCL was holding a 13.7% stake (7,46,46,889 equity shares) in it. SICCL had also on 30 January, 2008 entered into a service agreement with Sahara Prime City to provide all government or other regulatory permits, licences and approvals required in connection with the development of the proposed integrated townships of Sahara Prime City.

Sahara submitted the DRHP on 30 September 2009. It gives us a peek into the business model of the group where hundreds of unlisted companies cohabit and some undergo name changes periodically. For instance, Sahara Prime City was incorporated on 9 March 1993 as Sahara India Financial Corp Ltd (SIFCL) and, since then, has changed its name thrice—first to Sahara India Corp Ltd on 20 October 1994, then Sahara India Investment Corp Ltd on 5 August 2005. The latest name was taken up on 15 February 2008.

Incidentally, SIFCL, which is being forced by the RBI to wind down its business by 2015, was incorporated in 1987 as Sahara India Savings and Investment Corp Ltd. It changed its name to SIFCL on 23 November 1994. This means that only for six weeks in 1994—between 10th October and 23rd November—did the group not have a company named SIFCL in its fold.

The DRHP claimed that Prime City was one of the largest real estate development companies in India with 8,484.65 acres of land reserve—bigger than seven countries in the world: Tuvalu, Nauru, Tokelau, Gibraltar, Pitcaim Islands, Monaco and Vatican City. This includes a vast tract of land the company either owns or holds contractual development rights over. Sahara Prime City wants to develop 88 integrated townships under the Sahara City Homes brand and 15 residential complexes under the Sahara Grace brand, across 99 cities. 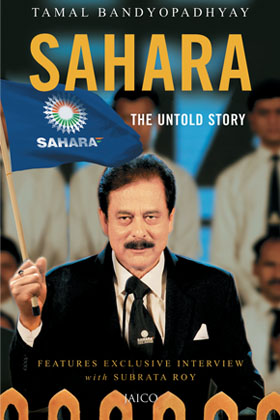 It owns its greatest stretch of land—274.53 acres—in Vasai on the outskirts of Mumbai, followed by Muzaffarnagar (213.75 acres) and Kanpur (212.76 acres) in Uttar Pradesh, and Kurukshetra (201.05 acres) in Haryana. It has land banks of at least 100 acres or more each in 18 Indian cities, including the metropolitan Kolkata.

Its plan was to raise Rs 30,000 crore from the capital market through an initial public offer (IPO) to meet the expenses of construction and development of ongoing and new projects. Had the plan been successful, this would have been the group’s fifth company to be listed on the bourses.

Sahara Infrastructure and Housing is listed on Calcutta Stock Exchange Ltd and UP Stock Exchange Ltd in Kanpur; Sahara Housingfina Corp is listed on BSE Ltd; and Sahara One Media is listed on BSE, Delhi Stock Exchange Ltd and Calcutta Stock Exchange. BSE has frozen the trading of Master Chemicals. The scrip was moved to the so-called Z category after the company failed to submit information related to its shareholding for 1998, 1999 and 2000 to the exchange, mandatory under listing norms. In July 2007, Master Chemicals moved an application to BSE to shift it to trading as the relevant documents that Sebi had asked for were “lost” in a fire at the company’s office. Subsequently, it was shifted to the so-called T category where scrips are settled on a trade-to-trade basis. It has not been traded after 29 December 2009.

Sahara Prime City’s auditor is Lucknow-based DS Shukla & Co, the entity that had worked with SIFCL for 25 years till the RBI forced SIFCL to change its auditor.

Roy is the chairman of Sahara Prime City, holding a 40.23% stake. Other directors include his wife Swapna Roy (6.17% stake); brother Joy Broto Roy (4.22% stake); and two sons—Sushanto Roy and Seemanto Roy—3.24% stake each. Sushanto is the executive director worker and head of international business and Seemanto is executive director and worker head of corporate control and management.

The DRHP carries the voter identification number of all directors. It also mentions the driving licence number of all, barring Swapna Roy.

Sahara Prime City has 298 subsidiaries under its fold, the oldest being Sahara Hospitality Ltd, incorporated in 1989, which owns Sahara Star hotel in Mumbai. Barring a few, they are all tiny as an auditor’s report, part of the DRHP, says 285 subsidiaries had a total assets of Rs 574.17 crore as on 31 March 2009 and a revenue of Rs 116.18 crore.

Most of these subsidiaries were floated between 1996 and 2008 and many were incorporated in October and July 2005; 4th, 5th and 6th October, and 4th and 6th July in 2005 seem to be the favourite dates for Roy to incorporate his companies in hordes. This possibly stems from Roy’s belief in numerology.

Disclaimer: Sahara India Pariwar had filed a Rs 200-crore defamation suit against the author and publisher, and got a stay on its publication in December. Subsequently, the stay has been lifted and suit withdrawn following a settlement. As part of it, Sahara issued a disclaimer which says, “The book portrays Sahara in bad light by attributing unfound facts and incidents… The book at best can be treated as a perspective of the author with all its defamatory content, insinuation and other objections.” The book will carry the disclaimer. Printed with permission from Jaico Publishing House.