Conceived at MIT, and backed by internet pioneers and global investors, Infinite Analytics hopes to tap the ecommerce market with the promise of real-time predictions of consumer trends and preferences 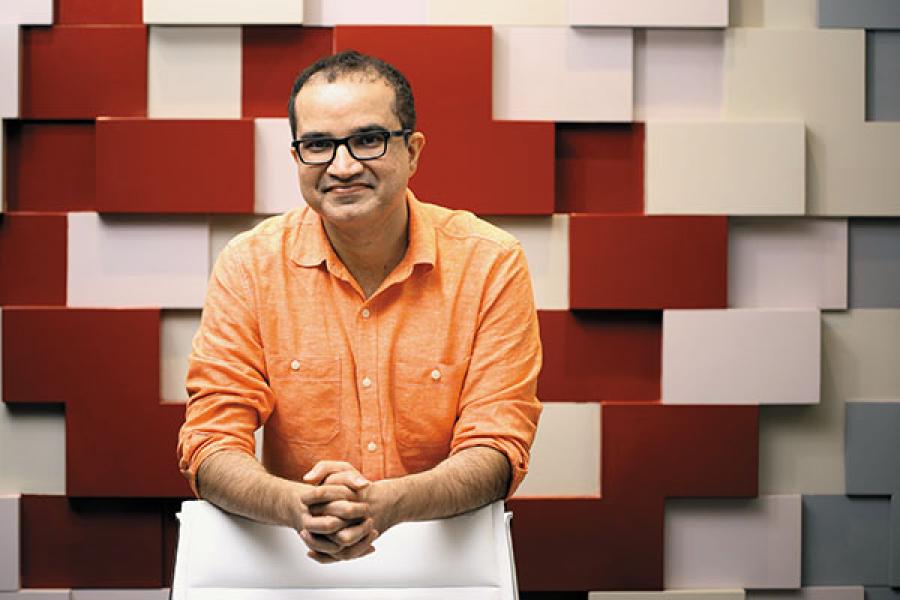 A  knock on the door changed the fortunes of a fledgling big data analytics start-up. Stranger things are known to happen at Massachusetts Institute of Technology (MIT) in Boston, but for Akash Bhatia (37) and Purushotham Botla (39) it was serendipity. It was July 2013, a Friday evening. The business management students were at MIT’s entrepreneurship centre, Martin Trust, discussing how to raise capital for their seven-month-old company when a gentleman knocked on their door asking for directions. It was venture capitalist and co-founder of Taipei Angels, Chester Ho.

Curious about their work, Ho started questioning Bhatia and Botla about the business plan they were working on. Before leaving, he asked them to send him a pitch. A month went by and with no capital in hand, their start-up, Infinite Analytics, was facing an uncertain future. But 45 days later, Ho replied with a cheque for $90,000 from Taipei Angels. Infinite Analytics got the financial wherewithal to ramp up sales and hire employees.

Founded in December 2012, Infinite Analytics is a cloud-based big data company that predicts consumer behaviour based on information shared by users on their social networking sites. Since July 2013, it has acquired nine investors—three institutional and six individual or angel investors from Australia, Taiwan, India and the US; a rare feat for a start-up.

Over 90 percent of start-ups in India die within two years of inception due to lack of financial support. In the Silicon Valley, the mortality rate is lower because of the strong entrepreneurial ecosystem, which includes a large base of angel investors, start-up incubators, accelerators and seed funds.

Infinite Analytics analyses raw data, maps out a person’s social genome and then gives personalised recommendations to consumer brands that have an online presence. This information, which is collected without breaking privacy laws, allows a retailer to identify and recommend products that will appeal to a customer.

Bhatia and Botla developed SocialGenomix, a tool that combines a person’s data from social networking sites to create a detailed profile of the customer including age, location, interests, places frequented and even spending power.

Most ecommerce retailers offer consumers the easy option of purchasing products by simply logging into their social networking accounts—Facebook, Twitter, Google+ and other such sites.

Users prefer this route over creating yet another profile with a username and password and, in doing so, they allow SocialGenomix to collate relevant information from their social networks and profile pages.

“The social genome that we create within milliseconds—based on publicly available information about a person through social networking sites—is our biggest differentiator,” says Akash Bhatia, co-founder and chief executive officer, Infinite Analytics, which works out of Mumbai.

The start-up uses different techniques to predict user behaviour, including natural language processing, machine learning, semantic technologies and predictive analytics. It processes the data in real time. Within a span of 24 milliseconds, it sends out recommendations based on a user’s changing preference. Infinite Analytics has processed 95 million users, 5.9 billion attributes and claims to provide a 17 to 25 percent increase in customer site engagement for clients.

This social genome created from a user’s profile is of huge  interest to consumer businesses, particularly those that rely heavily on correct and relevant recommendations to customers for conversions of clicks into sales.

Bhatia and Botla developed SocialGenomix at MIT in a class taught by British scientist Sir Tim Berners-Lee who is credited with building the foundations of the World Wide Web when he was at CERN, Switzerland. Berners-Lee is now an advisor to the company.

Among those backing the firm in an individual capacity is Deb Roy, a tenured professor at MIT and chief media scientist, Twitter. Roy was the talk of the town last year when he sold Bluefin Labs, a social TV analytics company—which he co-founded in 2008—to Twitter for $90 million.