Elliott Management is said to push for change at SoftBank 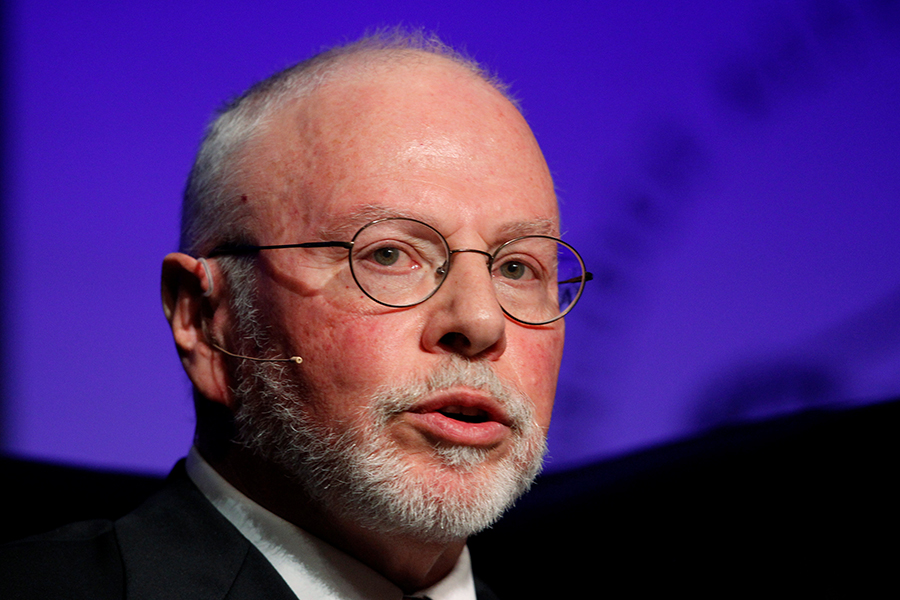 LONDON — SoftBank, the Japanese technology investment giant, is facing pressure from an unexpected source: a titan of the hedge fund world.

Elliott Management, a $40.2 billion hedge fund run by Paul E. Singer, has taken a $2.5 billion stake in SoftBank and has been urging changes at the company, three people familiar with the matter said Thursday. Those moves could include stock buybacks, changes to SoftBank’s board or increased transparency for its $100 billion Vision Fund, the tech patron that has suffered huge black eyes in recent months.

Under its outspoken and ambitious founder, Masayoshi Son, SoftBank has set its sights on technology that will define the future, from artificial intelligence to ride-hailing. Much of that investing is done through the Vision Fund, driven by Son’s instinctive approach. He has been known to approve an eight-figure investment after a single meeting with a founder.

But SoftBank has been humbled by the near-collapse of WeWork, the office-sharing company, which it was forced to bail out after a failed attempt to go public in September. Several other startups that the Vision Fund has invested in — including Uber, Indian hospitality startup Oyo and robotic pizza company Zume — have recently announced layoffs or scaled back their ambitions. In December, SoftBank sold its interest in dog-walking startup Wag at a loss after it laid off workers.

Elliott — one of the corporate world’s most successful activist investors, which push for big changes in a target company’s strategy — has privately urged SoftBank to take a number of steps to raise its market value, which was about $89 billion Thursday, the people said. By comparison, the value of SoftBank’s public holdings in its Japanese telecom affiliate, Alibaba of China and U.S. wireless carrier Sprint is about $210 billion.

One of Elliott’s chief proposals is having SoftBank buy back up to $20 billion of its own shares, which should push up their price. The firm has also suggested shaking up SoftBank’s board, which has just two independent directors, and giving more transparency into the operations and management of the Vision Fund, which some investors have complained is a black box.

News of the discussions was reported earlier Thursday by The Wall Street Journal.

Elliot’s stake, which amounts to nearly 3% of SoftBank’s market value, is one of the hedge fund’s biggest current bets, two of the people with knowledge of the investment said.

In a statement, Elliott said the firm’s “substantial” investment in SoftBank “reflects its strong conviction that the market significantly undervalues SoftBank’s portfolio of assets.”

So far, the talks have been friendly, the people said. Son has taken part, as have SoftBank’s chief financial officer, Yoshimitsu Goto; and the head of the Vision Fund, Rajeev Misra.

Elliott has historically not been shy about resorting to hard-hitting tactics to force changes, including trying to remake corporate boards. Any fight, however, would be complicated by Son’s far-reaching power: He owns over 20% of SoftBank’s stock.

A representative for SoftBank said the company “welcomes feedback from fellow shareholders.”

Tweets by @forbes_india
Delhi elections: Busting the NOTA myth
#OscarsSoWhite: An Oral History of the Movement That Upended Hollywood