After 30 years of costume design, the celebrity designer says he wants to be more selective of his films, and is building a series of new brand verticals—content production, furniture and now, jewellery 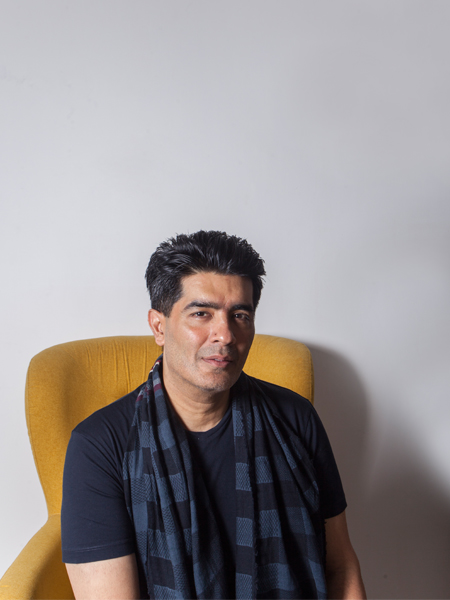 Manish Malhotra can be credited with many firsts: For pioneering costume design and styling; for creating the showstopper-front row culture in the fashion show circuit; for glamourising Bollywood, and continuing to, three generations hence. Now, the celebrity couturier has ventured into a new space—jewellery.

Over the past few months, Malhotra has also announced two other new verticals—home décor and a production company for films and web series. Malhotra also has a makeup line, in partnership with MyGlamm, launched in 2018.

“I’m completing 30 years as a costume designer next year, and I think I’m quite done with costumes,” Malhotra said to Forbes India. “Of course, I’ll never leave movies, but I don’t want it to be as regular now. It will be 15 years since I set up my own label in 2020, and I think this is the correct time to focus on its expansion.”

Back in 2017, designer label Sabyasachi launched its own jewellery label. Since then, other prominent designers such as Gaurav Gupta have followed suit. “I think I’m late by three years,” admits Malhotra. “I should have started verticals to the brand a lot earlier, especially considering that I was the first person in India who was focused on curating entire looks—from the outfit to the jewellery to the hair and makeup. But I’ve been so busy with fashion shows, movies and weddings, that I haven’t been able to put it all together. Now, it’s all falling into place.”

For the jewellery line, Malhotra has partnered with heritage jeweller Raniwala 1881. To begin with, Malhotra will curate a collection with the jeweller, but in a few months, will design his own pieces. “For me, quality is crucial. Raniwala has been doing this since 1881, and has a legacy in it. The jewellery itself will be traditional with a modern touch, much like my clothes. So there will be a lot of uncut stones and polka, mixed with diamonds, and it will be glamorous,” says Malhotra.

Similarly, Manish Malhotra Home will showcase a furniture line made in partnership with luxury architect Seetu Kohli, who also represents high-end international décor brands such as Ralph Lauren Home, Fendi Casa and Bentley Home in India. “For the home line, we’re really passionate about using different kinds of colours and high quality fabrics,” he adds. “I’ll be weaving my embroideries on some of the pieces. Again, it will be an Indian aesthetic, but with a modern look. All the verticals will embody the same ethos.”

Malhotra has also invested in sprawling retail spaces to accommodate these new verticals. A refreshed store in Delhi has been expanded to 15,000 sq ft; and a large space has been acquired in Hyderabad too. “Our business strategy is now to have expansive stores that will host everything Manish Malhotra under one roof,” he says. “It’s a risk, at a time when the country’s retail is in question. But I don’t want you to come to my store, and then have to go to another store for lighter clothes, another for makeup, and so on. This should be a warm, comfortable space that becomes your one-stop shop.”

The idea, he adds, is modelled on the stores of big international fashion houses such as Dolce & Gabbana and Louis Vuitton. “However, they have huge financial backing and international support. Here, I’m just an independent individual doing everything without investment, and without any partners.”

Also ready to don the producer hat—details of which he is not ready to share just yet—Malhotra has a full plate at the moment. “It’s stressful, but exciting, because adding new ventures gets you back to the drawing board,” he says. “It makes you meet different aspects of design—you meet innovators, thinkers, influencers…it’s like food for the brain, you know?”

Tweets by @forbesindia
Essel Group to sell up to 11 percent in Zee Entertainment
IndiGo finds a challenger: SpiceJet