Facebook's Revenue Rises Again, but More Slowly Than Ever

Wall Street investors, who are accustomed to Facebook's being a rapid-growth company, sent its stock down more than 7% in after-hours trading 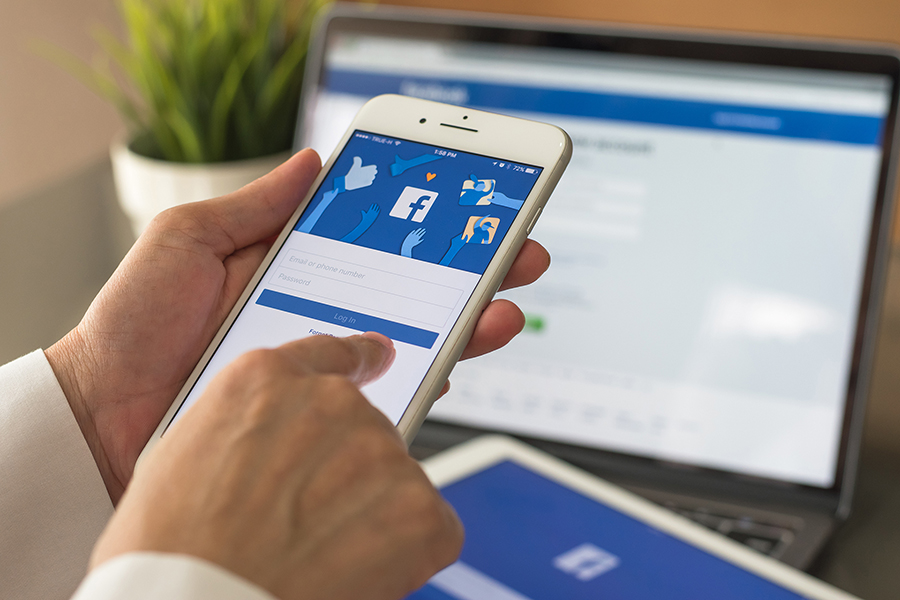 SAN FRANCISCO — Even as Facebook has grappled with one corporate embarrassment after another, it has remained a business powerhouse.

But on Wednesday, the social network encountered the perils of being an aging corporation: It reported its slowest growth ever.

Facebook’s revenue in the last three months of 2019 rose 25% from a year earlier to $21 billion, while profits jumped 7% to $7.3 billion, the Silicon Valley giant said. While the performance was robust, the revenue growth was down from 28% in the previous quarter, turning 2019 into a year when the company did not report sales growth above 30% in any quarter.

At almost 16 years old, Facebook has matured into a large organization that is increasingly grappling with the law of large numbers and decelerating growth rates. Wall Street investors, who are accustomed to Facebook’s being a rapid-growth company, sent its stock down more than 7% in after-hours trading.

It was “the fourth straight quarter that the social media giant has delivered sub-30% growth,” said Jesse Cohen, an analyst at Investing.com, a financial markets platform, though he added that the business was doing well.

Even as growth slowed, Facebook managed to wring more marketing dollars from the millions of advertisers who rely on its service, indicating that it has shrugged off some of the regulatory concerns and competitive pressure that have plagued it in recent years.

“We had a good quarter and a strong end to the year as our community and business continue to grow,” said Mark Zuckerberg, Facebook’s founder and chief executive. “We remain focused on building services that help people stay connected to those they care about.”

Profits surged even as Facebook increased its spending on security, research and development, and other areas of the business. Its expenses rose to more than $12 billion in the fourth quarter, up 34% from a year earlier. The company also took a charge for settling a class-action lawsuit concerning its biometric data collection, agreeing to pay $550 million to the plaintiffs.

Zuckerberg is set to focus this year on securing the platform in the run-up to the November election, aiming to avoid being caught off guard with disinformation and foreign interference as the company was in 2016. Election security teams have ballooned at Facebook, which is spending billions of dollars on the effort.

In a conference call with investors, Zuckerberg said Facebook saw other business avenues ahead. He pointed to Facebook’s long-term bets on technology like augmented reality, peer-to-peer payments and other forms of commerce within its apps. On Dec. 25, he said, customers spent more than $5 million on content for the Oculus Quest, which is a virtual-reality headset.

Sheryl Sandberg, Facebook’s chief operating officer, said the company was in the “early, early days” of making money from of its most popular services, like Instagram.

Facebook plans to continue building tools for small businesses to operate on the social network, including a payments infrastructure for brands to handle purchases on the platform. Other payments initiatives include adding money transfer abilities to WhatsApp, the messaging service. Sandberg said the company was also slowly experimenting with different types of ads in Facebook Messenger.

The company also reported 2.89 billion regular users across its family of apps — including Instagram, WhatsApp, Messenger and Facebook’s core social network — up 9% from a year earlier.

Even as the company has weathered one controversy after another, Zuckerberg said he did not plan to shy away from addressing contentious issues. For example, he said this month that Facebook would continue to allow political campaigns to use the site to target ads to specific slices of the electorate and that it would not police the truthfulness of the messages, defying pressure from Congress.

“My goal for the next decade isn’t to be liked but to be understood,” Zuckerberg said.