Speaking at the Forbes India Leadership Awards, the octogenarian pharma industry veteran stressed on the importance of democratizing access to affordable healthcare by increasing competition 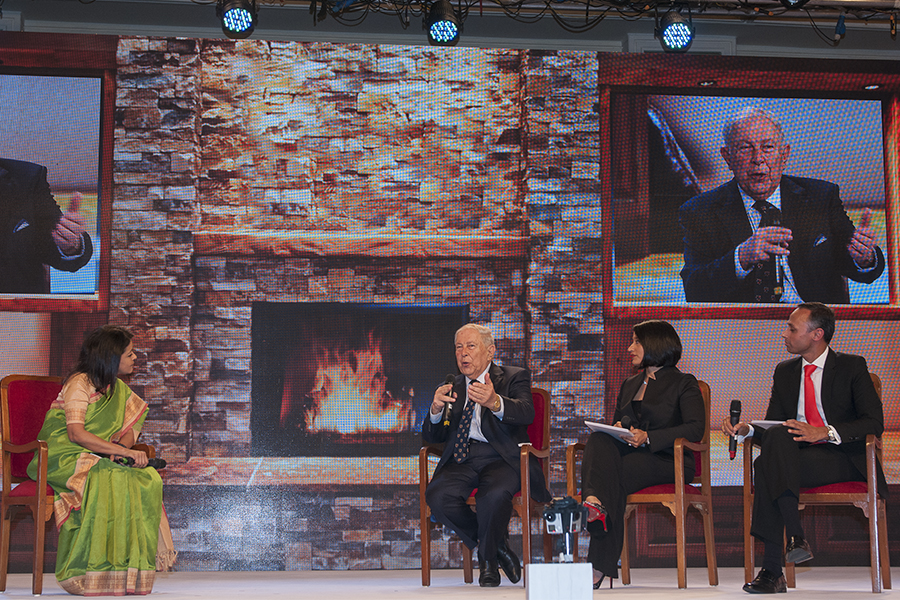 Allowing monopolies to exist while making life-saving drugs available to those who need it is the single largest impediment in the way of making affordable healthcare accessible to millions of people who need it, according to Yusuf Khwaja Hamied, non-executive chairman of Cipla.

“I am a man of science, but I am dead against monopoly,” said the 80-year-old veteran of the Indian pharmaceutical industry, who was felicitated with the Lifetime Achievement Award at the Forbes India Leadership Awards (FILA) function on Tuesday evening in Mumbai.

Hamied has dedicated his life’s work towards making generic versions of drugs used to treat serious diseases like AIDS available to the poor, at costs as low as $1 per day. In the process, he successfully challenged the might of large pharma companies in developed countries, who protested his actions for fear of their own profitability getting impacted.

Speaking at the FILA event, during a fireside chat, Hamied said that a country like India, which has a population close to 1.65 billion people, could not afford monopoly in healthcare. “My fervent wish is that the government will take the industry into confidence and bring in laws that will help make affordable healthcare widely accessible in India,” Hamied said.

Suggesting the way forward, the octogenarian reiterated the proposals that he had recently made while speaking at the United Nations to say that the healthcare industry should follow a model of voluntary licensing of drugs, where companies license out drugs that they make themselves. If that is not possible, then there should be a system of obligatory licensing, where a drug-maker can approach another peer to secure licence to make versions of a drug that the latter makes. And if that doesn’t work either, then the Indian government should bring in a “pragmatic compulsory licensing policy,” said Hamied. The idea is to increase competition and let market forces bring down the prices of drugs.

Hamied cited the example of a Hepatitis C drug that sells in the US for as much as $84,000 for the entire course of 84 tablets. In India, Cipla sells the same drug for less than $300.

Commenting on the recent spate of adverse observations by drug regulators like the US Food and Drug Administration (USFDA), pertaining to the local manufacturing units of Indian suppliers of generic drugs, Hamied said that the problem lay in a lot of Indian pharma companies being unable to adapt to the changing needs of the US regulator.

“We have to have a proper understanding of what the FDA require. If their goal posts change we also have to change,” Hamied observed. “And where the problem has risen in India is some of the companies haven’t been able to change themselves as per the new regulations that exist in the US. There has to be more transparency and synchrony between the USFDA, the Indian FDA and the pharma companies to ensure such issues don’t arise.”

According to a recent Edelweiss report, the number of inspections that Indian drug manufacturing facilities are subjected to by the USFDA has almost doubled between 2011 and 2015. Around 61 percent of these inspections result in what are known as Form 483s, which are observations by the regulator on deficiencies in manufacturing practices that need remedial action. Failure to accurately remedy these shortcoming can led to a ban on import of drugs from such facilities into the US.

Maintaining a clean record with the USFDA by improving one’s manufacturing practices has to be an ongoing and long-term endeavor, according to Nilesh Gupta, MD of another major Indian pharma company, Lupin. Gupta and his sister Vinita, Lupin’s CEO, joined Hamied for the fireside chat. The siblings bagged the ‘Entrepreneurs for the Year’ award for the year.

Lupin, which has faced similar regulatory issues in the past, has been successful in transforming its manufacturing processes and securing an all-clear from the regulator. “We are here for the long term. Our team understands that very clearly as well. So when it comes to issues of quality, there is no compromise,” said Nilesh. “We had issues in the past. We rolled up our sleeves and went to work; and finally convinced the USFDA of our manufacturing standards”

Addressing issues of headwinds in the domestic market in India, the stalwarts of the Indian pharma sector who came together for the chat were unanimous in their view that artificially controlling prices of so-called essential medicines wasn’t the ideal way forward.

“I am a great believer that the only way to bring down prices is competition. If the government wants lower prices of drugs, then the public sector drug-makers need to manufacture them and fix the prices of their own drugs,” Hamied said. “The industry will have no option but to fall in line. I have said earlier as well that I am willing to give the Indian government all the technology that they need to make these essential drugs for free.”

Lupin’s Vinita added that the price of drugs was perhaps the cheapest in India, compared to all other countries. She also stated that the Indian government needed to do more to incentivize higher level of research and development (R&D) activity in Indian healthcare. “For us to really have a strong indigenous industry that serves the cause of India, we have to innovate for India,” she said.