On his maiden visit to India, the famously hot-headed celebrity chef speaks about giving up his Michelin stars, what irks him about modern restaurants, and why Indian cuisine is among the world's greatest 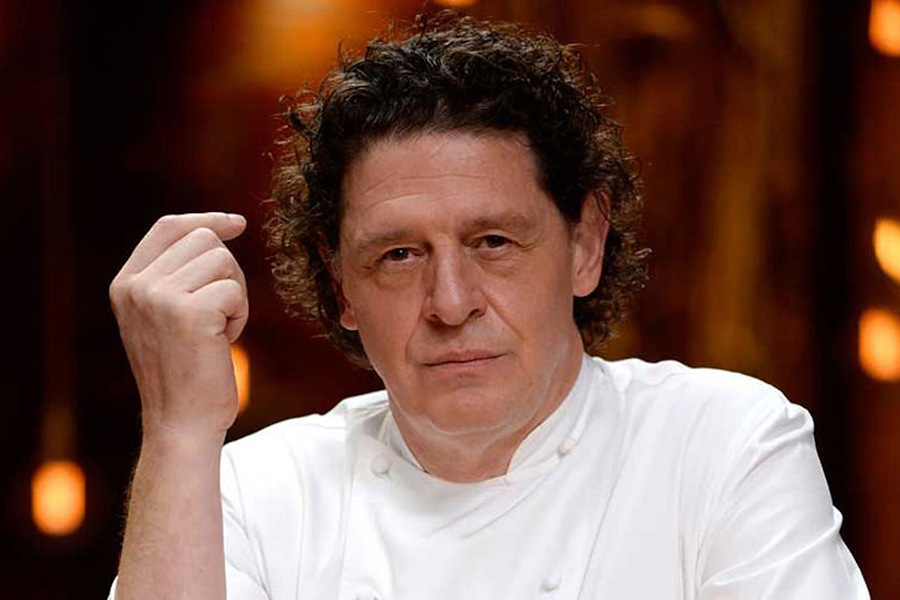 Often dubbed the ‘enfant terrible’ of British cooking, Marco Pierre White—the chef famous for having made Gordon Ramsay cry; and for becoming the youngest chef to earn three Michelin stars, only to later reject and renounce them—is in Mumbai, on his first ever Indian visit. As part of the fourth edition of the World on a Plate food festival on January 19 and 20, White will host a masterclass, a ticketed fine-dine dinner and a lavish brunch in the city. Forbes India caught up with the ‘classicist’ restaurateur and reality TV judge before the event. Edited excerpts:

Q: We hear your visit is three years in the making. What convinced you to finally come to India?
Many many years ago, I would think of where I would like to go in my life, and very few places have had that pull—both emotional and spiritual. If you read an interview with me in 2011, I said I want to go to India. But the fact is, I never leave England, unless I travel for work. I don't do holidays because I spend so much time out of England on work, that I get only five months of the year at home. The reason why I've never been to India is that no one's ever invited me. I finally got the opportunity with World On A Plate. And now I am hoping to extend my stay.

The visual impact, on the way from the airport to the hotel, was extraordinary. And then when I got to my room, I could see temples, the racecourse, slums, raptors. Wherever you looked, you're impacted. It’s got tremendous soul. Then you see the modernism through the mist, with all the new towers. I saw all of that in just the 45 minute-journey to the hotel. Imagine if I got to spend 45 days here. And then, I had the delicious sambar—and loved it.

Q: You retired from the kitchen in 1999 and moved to the business side of things…
I've never been a businessman, really. I realised I can stray from the stove, but I've got to stay close to the flame. I am now building a project with 61 bedrooms in the middle of the English countryside. I’ve decided that one building, which is Gothic, 18-century style, is going to be my home from the first floor up. If you stay at the hotel, you will dine at the residence, my home, where I think I'll go back into the kitchen with my team. So if you want to eat my food, you have to stay at my hotel. With 61 rooms, that's a 120-odd customers.

Q. What made you give up your Michelin stars?
To receive a Michelin star is fine, but to keep it is, well, rather boring. I thought about it, and I had three options. Option 1: To stay in the picture, contain my senses as a three-starred chef. Option 2: Live a lie—pretend I cook at the restaurant myself, when I don’t, and charge high prices for it, which puts my integrity in question. Option 3: To pluck the courage to announce to the Michelin world that I was retiring, stepping down as a starred chef. One thing I knew—I was being judged by people who have less knowledge than me. To sustain the stars, I would have to pay someone to try and protect my name, and I know that no one can protect your name like yourself. So I handed back my stars, and that’s why I can be here today—travelling the world to share my knowledge. I don’t have a reputation to protect, and I’m free.

Q: What are some of the biggest food trends that'll emerge in the next five years?
I don't think of trends. What I think of is that if you look at something that’s timeless, it tends to be classical and honest. In England, the restaurants that are doing well are really honest and generous with their portions. Those little knick-knacks, the tiny bites, that expect to hold you in a restaurant for 4-5 hours drive me nuts. Can you imagine you get one little mouthful, and the waiter says, ‘Did you enjoy it?’. Then they bring you another one, tell you what it is and how to eat it, and they ask you again if you enjoyed it. It's bonkers. I mean I like waiters but I don't want them to interrupt me after every mouthful.

We used to have a policy that we never asked customers if they enjoyed their dinner. Because, number one, we weren't insecure. And two, by not asking, you are allowing people to volunteer their thoughts. If you had to ask, they will have to tell you. Why highlight insecurity? Let the customer bring it up, don't force him/her to have the conversation. It's their night, not yours. In these long, 16-course meals, it tends to be more about the chef than the diner, and that’s what I have a problem with.

Q: In India, the food industry sees a lot of churn. Restaurants shut in 5-7 years. You have 60-odd restaurants. What’s your strategy to run a sustainable F&B business?
You have to have your strategies but if they are not working, you've got to be ready to change them. Not everything we do in life works. Not every place that makes pizza makes money.

When I was younger, I used to think food is the most important thing of a restaurant. Now I've realised number one is the environment, then the service and third comes food. You've got to accept that we’re selling a night out—we’re not selling food. When you go out with friends, you don't go somewhere regularly if it's very expensive. If you want regulars, you have to make your restaurant affordable.

Q: What is more important to you: The integrity of your cooking or the customer's palate? Would you make tweaks to a dish because the flavours don't go well with some customers?
You have to take into consideration local palates. Say you have Asian palates, like Japanese or Singaporean; they are delicate and sensitive to salt. They don’t season food in the same way as we do. They might use soya sauce instead of salt. You have to be aware. Say we are serving game: Woodcock, partridge, ham. I like mine quite mild, but someone likes it stronger. I will serve it how I like it but we'll explain it to the customers. We always write on the menu things like beef served rare, lamb served pink.

Q: In the age of Instagram, how is the role of a TV chef changing?
I haven't got a clue. I don't even know how to get on to Instagram. Look at my phone [holds up an old-school Nokia].

I find TV boring, I don’t like doing it because I find it a bit manufactured. I’ve done enough reality shows to know what goes on on the other side. I know why a person is being sent home. I do things on TV that I am only interested in doing. Sometimes, I can't afford the time for TV shows because they go on for three-four months.

Q: It appears that Indian chefs are gradually becoming visible on the world stage. From the outside, what is the perspective on Indian food?
First, and I mean it when I say, Indian cuisine is one of the great cuisines of the world. I don’t believe there's enough focus on how good it is. You see people talk about how Japanese or Cantonese food, but Indian food hasn’t had its moment yet. In England, the finest Indian foods I've had are at my friends’ homes. And then when you eat the Indian food you eat at restaurants, it's not representative of what you eat at their houses. It's like they've adapted it for a foreign audience.

Indian cuisine is intelligent, it's refined, I got taught a word today, which is… I've learnt today [shows his left palm where he's written it down]...andaaz. It’s about feel, about touch.

In England, if you go back 30 years ago, you had Indian restaurants mostly on the outskirts of a city. But over the last few years, they are becoming more and more popular even in London. But in American, they don't like curry, because it's too spicy for their palate. I eat a lot of Indian food in Singapore, that sort of Malay-Indian cuisine, it’s very good.