The merger comes at a time of an explosion in the use of data worldwide; and the combined business will have the heft to tap into the opportunity in the second largest smartphone market in the world 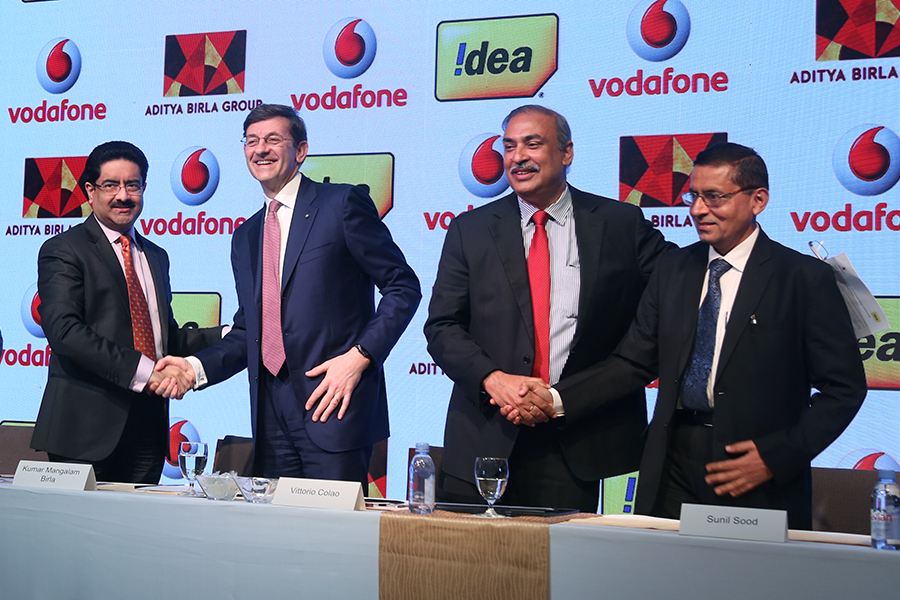 The deal between Vodafone India, the country’s second largest telco, and Idea, the third largest, was in the works for a few months and was announced officially on Monday. While the two companies had earlier confirmed that they were in talks for a potential amalgamation of their assets and operations, the exact contours of the transaction were a subject of much speculation.

The merger is a part of the sector-wide consolidation taking place in the Indian telecom space following the arrival of a new entrant, Reliance Jio Infocomm. Jio, a part of the Mukesh Ambani-led Reliance Industries Ltd, has captured a significant customer base in a short span of time with its free voice and data services. Even after it starts charging for its data services beginning April 1, the rock-bottom pricing strategy worked out by Jio’s management is expected to keep customers hooked on to its network and disrupt the market in the process.

Various incumbent telcos in the Indian market have been looking to find ways of joining hands with each other in order to survive the competitive heat, which threatens to singe their financial performance as they are compelled to slash tariffs to retain subscribers, while the cost of debt and capital expenditure remains more or less constant.

The deal gives both Idea and Vodafone greater heft in competing with Jio’s pan-India fourth generation broadband wireless services that garnered over a 100 million customers in less than six months since launching services in September last year.

Details of the transaction – which involves a complicated reverse merger of Vodafone India with Idea Cellular – were made public on Monday. The combined entity will hold all of Idea’s assets including its standalone towers with 15,400 tenancies and its 11.15 percent stake in Indus Towers – a telecom towers firm that is a three-way joint venture between Vodafone, Idea and Bharti Airtel. Vodafone will contribute its own standalone telecom towers, with 15,800 tenancies, to the combined entity, but excluding its 42 percent stake in Indus. Both Idea and Vodafone intend to monetize their standalone tower assets prior to completion of the transaction to reduce leverage in the combined entity, the two companies said in a statement issued Monday. Vodafone will also seek to monetize the 42 percent stake that it holds in Indus separately.

Upon completion of the transaction, which is expected to happen during calendar year 2018 after securing all necessary approvals from relevant authorities like the Competition Commission of India and the Department of Telecom, Vodafone will own 45.1 percent of the combined company after transferring a 4.9 percent stake to the Aditya Birla Group for Rs3,900 crore in cash. The Aditya Birla Group will then own 26 percent of the entity, with Idea’s other existing shareholders owning the remaining stake.

Vodafone and the Aditya Birla Group will also have “equal affirmative rights on key matters,” Birla said at the press conference.

Equality is also envisaged in the way the company is run. While the Aditya Birla Group will have the right to nominate the chairman of the new entity; Birla stated that he would be the chairman of the combined telco; Vodafone will have the right to select the chief financial officer. Personnel for other key managerial positions like those of the chief executive officer and chief operating officer would be decided upon jointly by the two partners on the yardstick of merit. The reconstituted board of the Vodafone-Idea combine will have three directors nominated by Vodafone and Aditya Birla Group each and six independent directors.

Vittorio Colao, Vodafone Group’s chief executive officer, highlighted that the relationship between his company’s Indian arm and Idea Cellular was “complementary,” and the combined entity will be in a position to offer unlimited voice and a big amount of data to its customers.

“We have the largest international enterprise business and 4G data network, which will be available to our joint venture in India,” Colao said, and added that the joint venture was likely to enjoy higher return on capital due to larger scale.

Colao pointed out that on a standalone basis, Vodafone India and Idea had a market share of less than 10 percent in nine telecom circles. By joining hands, there won’t be any circle in which Vodafone-Idea will have less than 10 percent. He also added that, at present, Vodafone and/or Idea didn’t rank among the top two players in 17 circles, where the two telcos had an individual market share of less than 20 percent. Post the transaction, in all these circles Vodafone-Idea would be among the top two incumbents, except Jammu and Kashmir.

The day of the announcement of this mega merger in the Indian telecom industry wasn’t bereft of its share of drama.

Idea Cellular’s stock price opened at Rs109.95 per share on the BSE on Monday. As news of the merger being finalized broke, the stock 8 percent in early morning to trade. But as the details of the transaction emerged with time, the stock tanked to the day’s low of Rs92.95 per share, falling as much as 15 percent from its opening value. The share price subsequently recovered from this low, but ended the day’s trade at Rs97.60, down 9.55 percent from its previous close. In comparison, the bourse’s benchmark S&P BSE Sensex lost 0.44 percent to close at 29,518.74 points.

The key reason behind the Idea Cellular stock losing ground on Monday was the breakdown of the valuation, as provided by Idea Cellular in its statement.

“The merger ratio is consistent with recommendation from the joint independent valuers. Based on Idea’s undisturbed share price (Rs72.5 based on the 30-trading day volume weighted average price as at January 27 2017), the agreed merger ratio implies an enterprise value (EV) for Vodafone India of Rs82,800 crore and an EV for Idea’s mobile business of Rs72,200 crore, excluding its 11.15 percent stake in Indus,” the Vodafone-Idea joint statement said. “This is equivalent to valuing Vodafone India at 6.4x EV/ LTM (Last Twelve Months) EBITDA and Idea, excluding its stake in Indus Towers at 6.3x EV/LTM EBITDA.”

The market appeared spooked with the figure of Rs72.5 per share provided by Idea, as the basis for the valuation of the merger, as it expected the deal to be valued much higher and closer to the Rs110-mark, around which the stock was trading for the last couple of months.

At the press conference, Saurabh Aggarwal, chief of strategy at the Aditya Birla Group, who has been instrumental in stitching together this deal, clarified that the basis of the deal structure was the relative value of the two entities, such that they are equally valued. Aggarwal said that the share price of Rs72.5 was simply used as an illustration to demonstrate how the companies were being valued, and wasn’t a benchmark or a driver of the deal value by itself.

“Just to reflect on what that price means, it has been used to illustrate that the mobile businesses of the two entities have been valued at roughly equal multiples (EV/EBITDA),” said Aggarwal. “The only price that is relevant is that at which the Aditya Birla Group is purchasing a 4.9 percent stake from Vodafone, which works out to Rs108 per share, which was the closing price as on Friday (March 17).”

In a statement issued on Monday, Rajan S Mathews, director general of the Cellular Operators Association of India, stated that the proposed Vodafone-Idea merger was a “welcome and positive step in the direction of telecom service providers coming together and creating resilient networks with a large asset base for an enhanced consumer experience.”

With respect to the consolidated debt levels of the combined entity, Aggarwal observed that the net debt of the Vodafone-Idea combine, basis their individual debt levels as on December 31, 2016, was in the region of Rs1.07 lakh crore.

Vodafone and the Aditya Birla Group expect to utilize the operational synergies emerging from the joining of forces to de-leverage the balance sheet of the combined company. In its statement, Vodafone and Idea stated that the amalgamation would lead to significant cost and capex synergies with an estimated net present value of Rs67,000 crore, after integration costs and spectrum liberalization payments with estimated run-rate savings of Rs14,000 crore on an annual basis by the fourth full year post completion of the transaction.

Additionally, the combined telco may garner additional resources to the tune of Rs12,000-15,000 crore by monetizing the standalone telecom towers of Vodafone and Idea respectively, along with Idea’s stake in Indus.

“The cash flow impact of these value drivers can be to the tune of $2.2 billion. If we factor these numbers in on the pro-forma financials, the business reflects a leverage of approximately three times, which is very different from the numbers you see on an overall basis,” Aggarwal said. “The whole rationale of this transaction is primarily driven by the synergies that the coming together of these two companies bring and the de-leveraging that takes place as a result of that.”

According to a Motilal Oswal research report, the combined entity could have a turnover of Rs74,500 crore and an EBITDA (earnings before interest, tax, depreciation and amortization) margin of 35 percent. Assuming these figures, the Vodafone-Idea combine would end up with an EBITDA of Rs26,075 crore. At that level of profitability on the operating level, Vodafone-Idea’s leverage, or debt to EBITDA ratio (before the synergies kick in), works out to 4:1.

Tweets by @forbesindia
For Airbnb's Brian Chesky, India is still a small market, but it's a long-term bet that'll pay off
Consumer electronics giant BPL is plotting a quiet revival