The price of Manhattan real estate has forced every dedicated bottle-and-can redemption center off the island, leaving canners to feed their containers one at a time into supermarket redemption machines 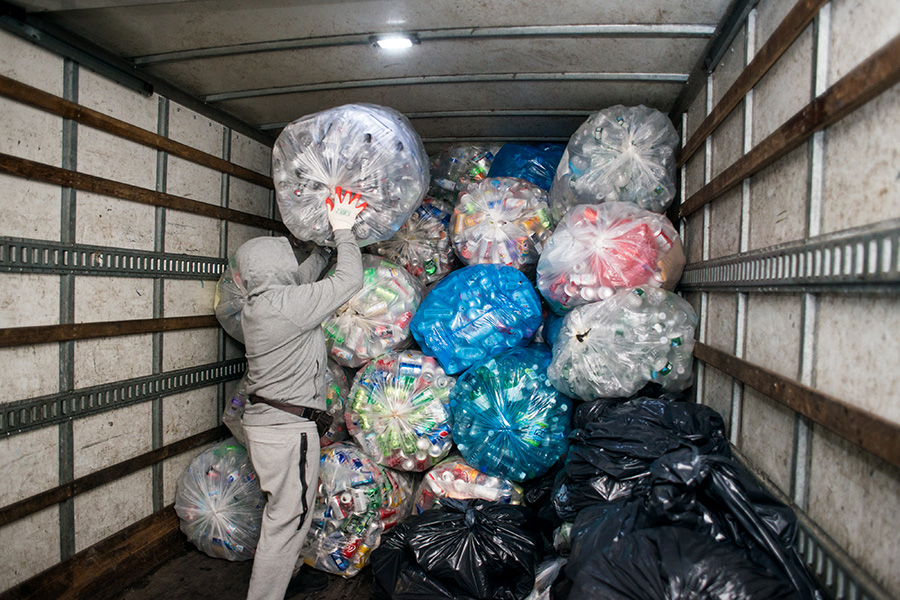 A hauler collects bags from can scavengers at a meet up spot under the Manhattan Bridge, Nov. 20, 2019. An entire economic ecosystem has sprouted from the artificial turf of a 5-cent deposit—fleets of trucks, clashes between canners and truckers, price wars, middlemen and coordinated handoffs. Image: Andrew Seng/The New York Times