India adding to its uber-rich list faster than the world 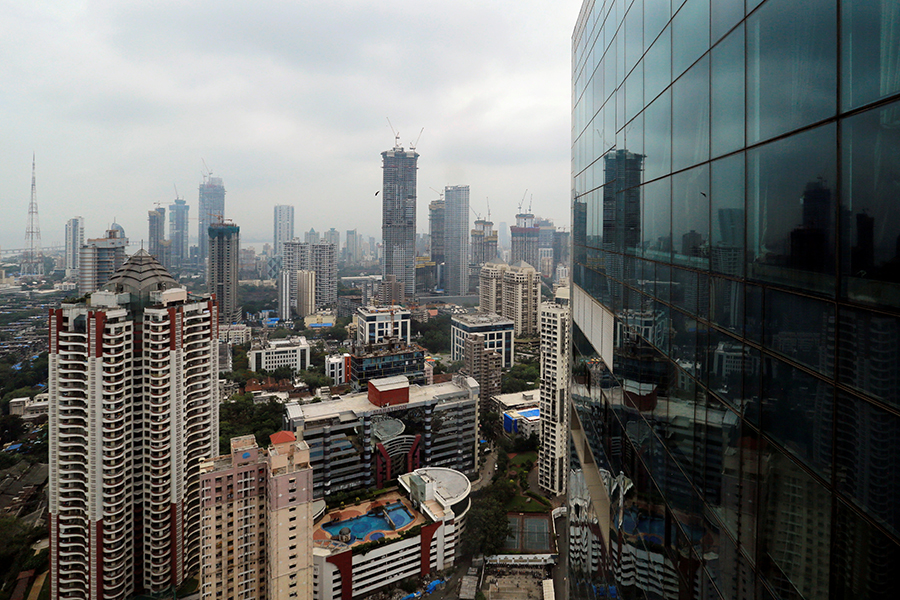 Image: Danish Siddiqui/ Reuters (For illustrative purposes only)
The wealthy are surely getting wealthier in India, and it appears at a faster pace than in the rest of the world.

The rise in the uber-rich population around the world, as also in India, can be attributed to easing of the dollar and a bull run on the stock markets.

What is more significant is that the total number of ultra-wealthy in India (2,920 individuals at the end of 2017) is likely to grow at a staggering pace of 71 percent between now and 2022, as the fastest clip in the world. 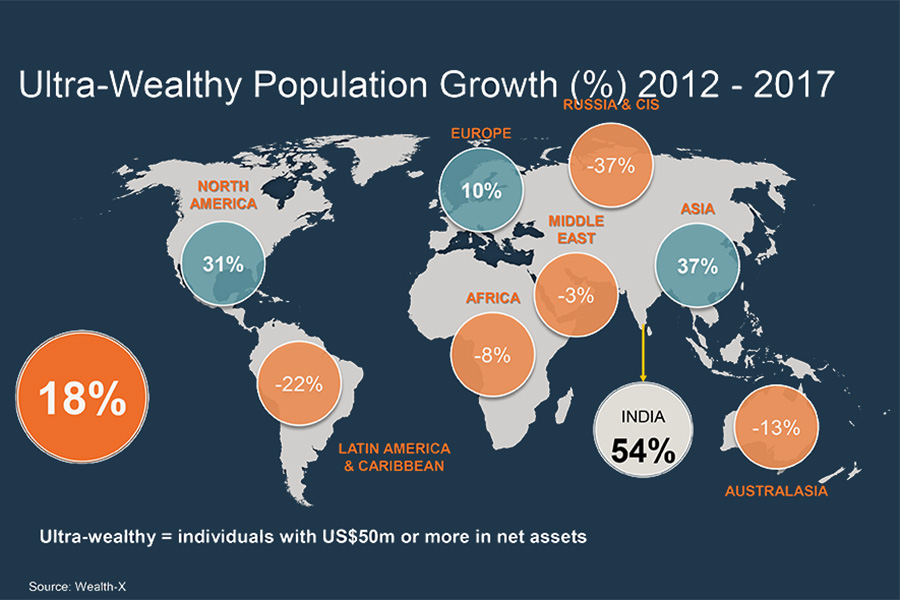 
But though India is a bright spot in the world when it comes to addition of ultra-rich individuals, none of its cities feature among the top 20 in Knight Frank’s City Wealth Index. The only Indian city to break into the top 50 is the financial capital of Mumbai, which is ranked 47th, followed by Delhi at 73 and Chennai at 75. The Knight Frank report also estimates that Mumbai and Delhi would be among the top 10 markets in the world in terms of highest addition to households earning more than $250,000 annually between 2017 and 2022. Though Mumbai doesn’t feature among the top 20 cities in the city wealth index, it has the 16th most expensive real estate in the world, where $1 million can buy just 92 sq. metres. 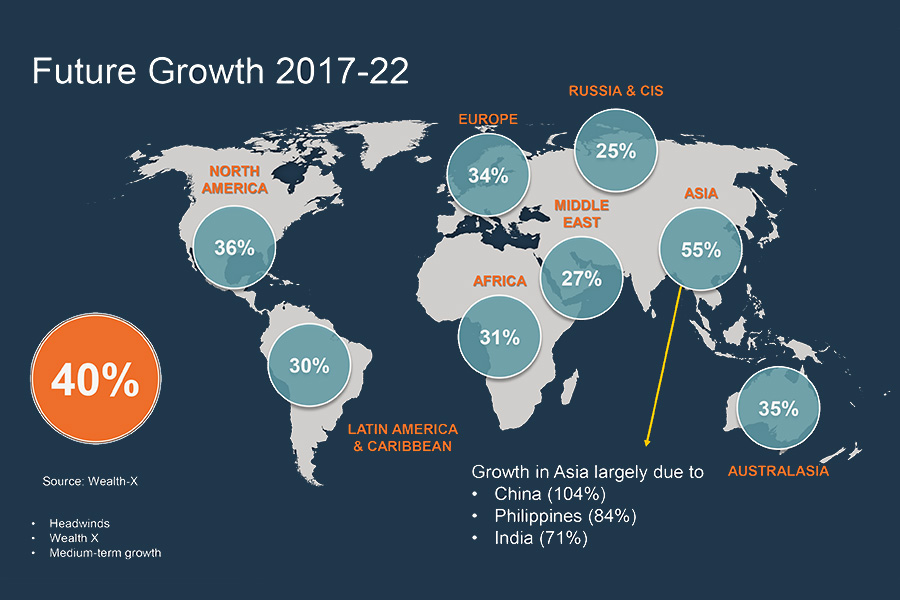 Knight Frank's The Wealth Report
A statement accompanying the report, which was released on Wednesday, states that India’s wealthy population in the prime category (over $5 million in net assets) rose 21 percent (to 47,720 individuals) between 2016 and 2017, more than double the global average of 20 percent.

The report also brings to light that despite the growing wealth in the nation, real estate as an asset class remains least favoured by the super-rich, who would rather park their wealth in gold or equities. The investment allocation into property in India (at 36 percent) was lower than Asia (39 percent) and globally (43 percent).