Krishna, 57, had been senior vice president for IBM's cloud and cognitive software, which includes its Watson artificial intelligence technology 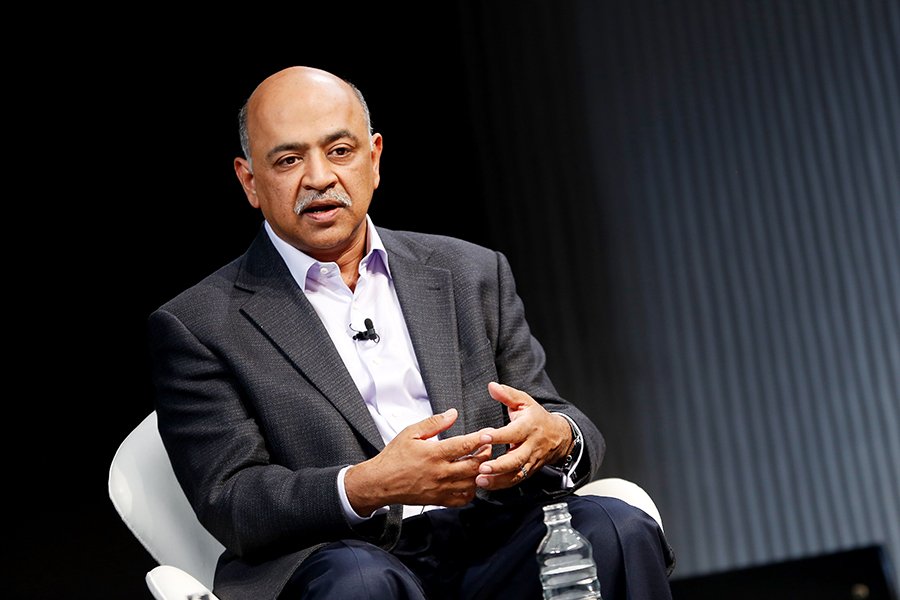 SVP and Director at IBM Research Arvind Krishna speaks on stage during the 2016 Wired Business Conference on June 16, 2016 in New York City.  (Photo by Brian Ach/Getty Images for Wired)​

Ginni Rometty, the longtime face of IBM and one of the country’s most prominent female business leaders, is stepping down as chief executive, the company said Thursday.

Rometty, who became chief executive in 2012, struggled to achieve growth at the technology giant as it made the transition to new fields like cloud computing and artificial intelligence.

She will be replaced in April by Arvind Krishna, who now runs the company’s cloud computing business.

The timing of the departure of Rometty, 62, came as a surprise, made after the close of the market Thursday in a lengthy statement filled with praise from IBM’s board. She will remain as executive chairwoman of the board until the end of the year.

Rometty was one of the top female executives in the corporate world, a frequent speaker at conferences, and liked and admired by her chief executive peers.

Her assessments of the challenges facing IBM, an old-line technology company making a difficult transition, were cleareyed and candid. In an interview in 2014, for example, she said the next couple of years would be a “rocky time” for IBM.

But the failure to reach the crossover point — when the growth of the new businesses like cloud computing, data analytics and artificial intelligence grew faster than older hardware, software and services business — frustrated Wall Street. During her tenure, IBM’s stock price slipped at the time when the stock market in general rose sharply.

Shares in the company rose more than 4% in after-hours trading.

Yet even Wall Street analysts who were often critical of IBM’s performance during her leadership acknowledged that she had inherited key challenges. IBM, they note, was slow to adapt to cloud computing — computing tasks done on remote computers, owned by others. The leaders have been Amazon and Microsoft, and Google is pushing hard to capture that corporate business as well. 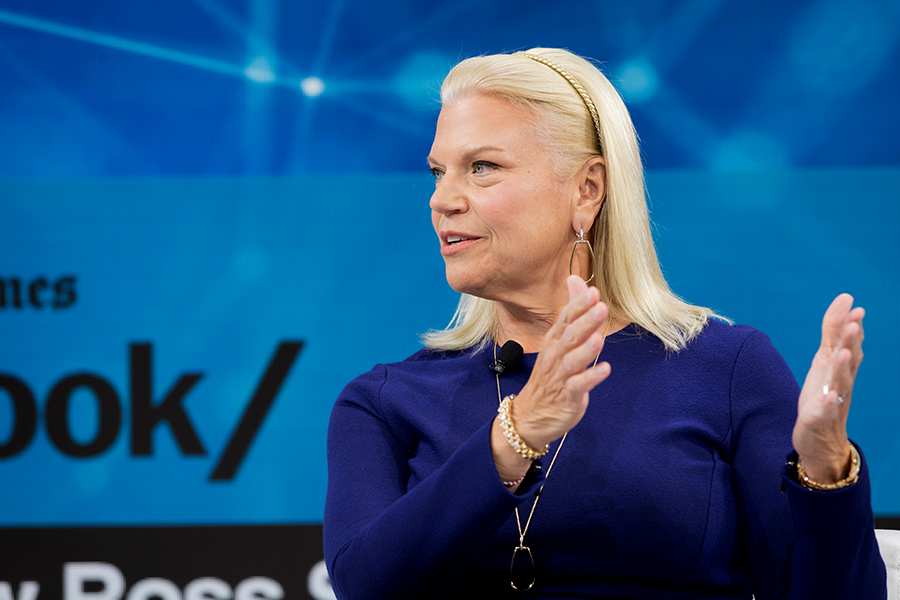 “She came in at a particularly tough time, and that challenge was handed to her,” said Toni Sacconaghi, an analyst at Bernstein Research.

In August 2019, IBM bought Red Hat, the largest distributor of the popular open-source operating system Linux, for $34 billion. At the time, many analysts said that the deal meant that Rometty would probably stay on until the end of this year. But her two predecessors, Samuel J. Palmisano and Louis V. Gerstner Jr., both retired at 60.

The acquisition of Red Hat seems to be going well, analysts said. James Whitehurst, chief executive of Red Hat, was named the president of IBM on Thursday.

Last week, IBM reported a slight increase in revenue. “This positions us for sustained revenue growth in 2020,” Rometty said at the time.

Other than Red Hat, IBM acquired 65 companies under Rometty, mostly small ones. And she sold off companies that accounted for $9 billion in yearly revenue, including semiconductor manufacturing and several lower-profit services and software businesses.

“It’s been her eight-year project to reposition the company,” said Frank Gens, chief analyst of IDC, a technology research firm. “And after the positive report last quarter, she’s declared victory and retired.”

At the time the announcement was made, Rometty was addressing IBM’s top 300 managers at an annual company leadership conference in downtown Manhattan. She told the assembled executives about the change and shared the stage with Krishna and Whitehurst. The three received a lengthy standing ovation, said an IBM manager who attended but was not authorized to speak about the private event.

IBM said the transition was the culmination of a lengthy succession process that began more than a year ago, with Rometty collaborating closely with the rest of the IBM board.

Rometty was a computer science major at Northwestern University, where she was also a sorority president. But much of her nearly 40 years at IBM was spent in sales and building up IBM’s big technology services business.

In tapping Krishna and Whitehurst, the company decided that the time had come for a seasoned technologist and an operating expert. Krishna, 57, had been senior vice president for IBM’s cloud and cognitive software, which includes its Watson artificial intelligence technology.

Since he joined IBM in 1990, Krishna held a series of research and business management roles. He holds a Ph.D. in electrical engineering from the University of Illinois at Urbana-Champaign.

“Arvind is the right CEO for the next era at IBM,” Rometty said in the statement Thursday.

Whitehurst, 52, came to IBM with the acquisition of Red Hat, which he joined in 2007. Under his leadership, Red Hat’s revenue increased eightfold and its stock market valuation surged tenfold.

Before Red Hat, Whitehurst was chief operating officer of Delta Air Lines, leading it out of its bankruptcy restructuring. A former partner at the Boston Consulting Group, Whitehurst earned his undergraduate degree in economics and computer science from Rice University, and he holds an MBA from the Harvard Business School.

In recent years, IBM has not had a separate president. And given their ages and backgrounds, Krishna is seen as a transitional chief executive, with Whitehurst positioned to take over in a few years and perhaps become a longer-term leader, said Gens and Sacconaghi.

Only 33 women hold chief executive positions at Fortune 500 companies, according to Catalyst, a nonprofit organization that works closely with women chief executives in an effort to improve workplace conditions for women. That number is still only 7% of the total, but it has steadily risen over the past two decades.

“We will have one less at the end of the year, but we now have a much broader pipeline, and hopefully, that number will continue to grow,” said Catalyst’s president and chief executive, Lorraine Hariton.

Hariton said that Rometty’s departure should not be viewed as anything larger than a chief executive stepping down. “We should just see it as normal to have succession. Period,” she said.

IBM is a company that has long provided ample opportunities for women, said Hariton, who, like Rometty, was an IBM employee as far back as the early ’80s. “This is a very progressive company,” she said. “Women leaders have been commonplace.”

Tweets by @forbes_india
Indians and Obese: At risk of high blood pressure
U.S. Growth at Slowest Since 2016, Complicating Trump's Pitch