It could be months before Weinstein arrives at a cramped prison cell; if he is housed first at the Rikers Island medical unit, he will have a double-sized, private cell with his own TV, shower and bathroom

By Alan Feuer and Jan Ransom 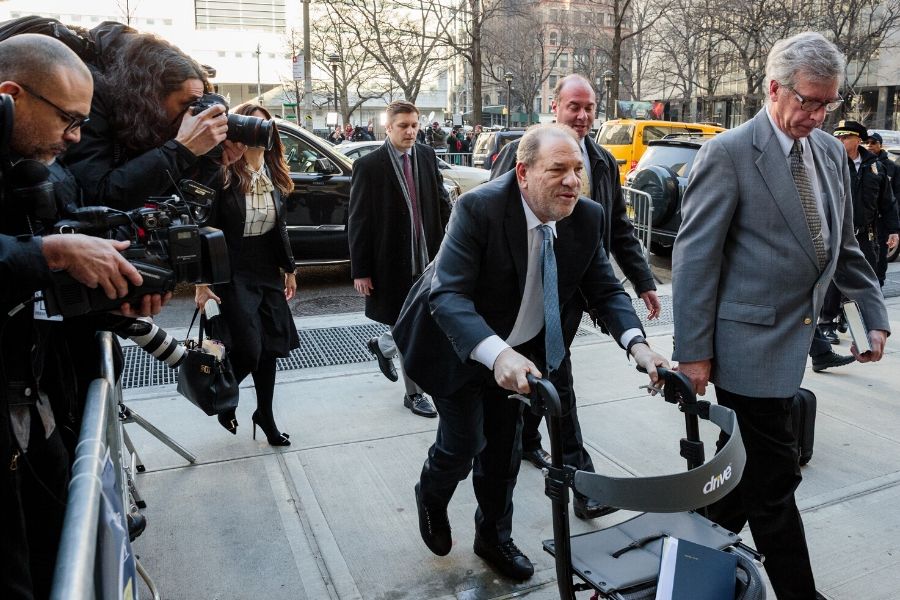 Harvey Weinstein arrives at State Supreme Court in Manhattan on Monday morning, Feb. 24, 2020. A day after a judge ordered him jailed for his conviction on two felony sex counts, Weinstein was still being held in a prison ward at a hospital after complaining of chest pains but once he is released, Weinstein is not likely to be housed with the general population at Rikers Island, instead, he may be sent to a special medical facility where inmates who need extra protection are jailed, at least until his sentencing next month
Image: Sarah Blesener/The New York Times