Inside the world of Nirav Modi, a 'tyrant to be around'

An excerpt from Flawed, an investigation into the rise and fall of the disgraced diamond tycoon, by journalist Pavan C Lall 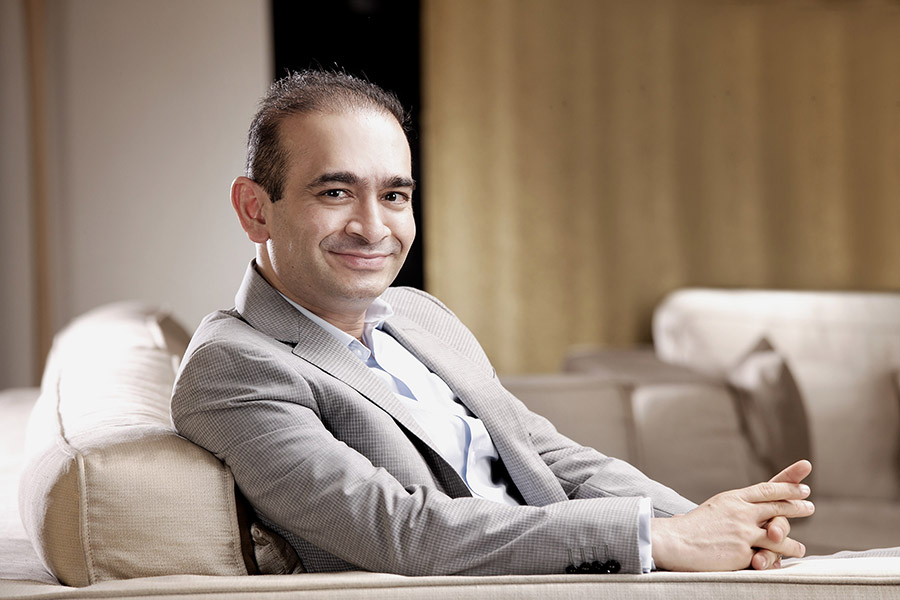 Employees at Firestar Diamond recall that ‘money flowed like water’ when it came to brand building. The visual merchandising team comprised seven managers, most of whom were flabbergasted by the expenditure on marketing. Modi told them, ‘Spend what you want. Just get the quality right,’ a former employee in the merchandising team recalled. ‘It was surreal to see that sort of budget and reaction from a promoter in a market where penny-pinching was the norm.’

The company would fly actor Shahid Kapoor and his wife Mira Rajput first class along with friends to a company event in Jodhpur and put them up at the Taj Hotel’s Umaid Bhawan Palace in the city – of course with all expenses taken care of. It didn’t matter that they had no official contract for endorsing his products. Modi banked on the fact that word would get around about his brand and create a buzz that would continue to get louder. Which it did.

‘The angles he exploited were commendable,’ said Rajiv Popley, director of Popley, a family-owned third- generation jewellery house. Popley refers to the fact that Modi stuck to his guns on taking an Indian name out into the world even when he could have easily named his brand something Anglican-sounding that would have transcended borders.  ‘He could have called it anything, in French or English, which might have made for even faster acceptance. But he chose to stick with an Indian name, which is path-breaking in our trade,’ Popley said. ‘It’s truly a big deal to put your name on a product because it means you aren’t running away from what customers are going to say about you and it means that you have the backbone to stand up to the feedback.’

Popley’s point is exemplified by a luxury product like the US$10,000 Vertu phones targeted at billionaires that feature concierge services and are studded with jewels, but ‘on the surface, no one knows who or what makes them’. Popley goes on to say that on the face of it the timing of Modi’s store launches was also aimed at positioning his brand. Stores were opened in New York City, London, Macau and Hong Kong in parallel, or even before some store launches in India, which meant he didn’t launch first in India and then go overseas to get a stamp put on the brand. As Popley points out, Modi was reaching out to ultra high net worth individuals (HNIs) regardless of which market they were in, highlighting the fact that his game was not designed to set up one store in Singapore or Dubai: ‘That, frankly, isn’t really building an international presence, it’s simply exiting the home country. What made his effort even more impressive is the fact that historically Indians have never been accepted as being able to do something in luxury on a global scale.’ Forget 100-year-old pashminas, organically grown saffron and silver filigree work from Bengal, in the modern world no Indian has launched a global luxury brand that has succeeded. Perhaps this is why Modi was constantly pushing the envelope on timelines to launch luxury stores around the world.

As a rule of thumb, he was in a state of perpetual hurry. He rushed into meetings and was impatient about getting his company going and planting its flags across the world. His ambition may have shaped how he built his company, but as is the case with all relentless, driven bosses, they can also be difficult for employees to put up with. A former marketing department employee who worked with him for two years said, ‘If he sent you an email asking you to come by his office from your corner, then he literally expected you to be there in no more than the number of seconds it took to walk from there to him. If you didn’t get there in like twenty or thirty seconds than he’d send another email with a question mark, expressing his irritation, or call the extension to ask what the heck had happened and why it was taking so long.’ He had little empathy for what his employees could be tied up in, she said, adding that, thankfully, he was hardly there in the office for more than ten days in the month. ‘He was a tyrant to be around, a micro-manager who would pick on every single detail. He’d even tell you how to sign off on your emails.’ An employee who came in to work at four minutes past 9 a.m. when he was supposed to be on a call at 9 a.m. was told by Kavita Mankikar, Modi’s personal assistant in India, ‘Please be four minutes early, not late.’ Vipul Ambani would complain in interviews to the authorities about how much of a hurry Modi was in to scale up. Modi would go to Ambani’s office and tell him they needed to get to 100 stores fast, even while Ambani was trying to figure out how to get to five or ten. Effectively, ‘The culture at Nirav Modi was this: It revolved around Nirav Modi, and what he wanted, when he wanted it. Full stop,’ said the marketing executive.

Tweets by @forbes_india
I have always taken risks: Virat Kohli
Attack on Saudi oil facility is seen as short-term disruption