Financial firms, keenly aware of the stark ideological differences between the top Democratic candidates and Trump, are creating "candidate baskets" 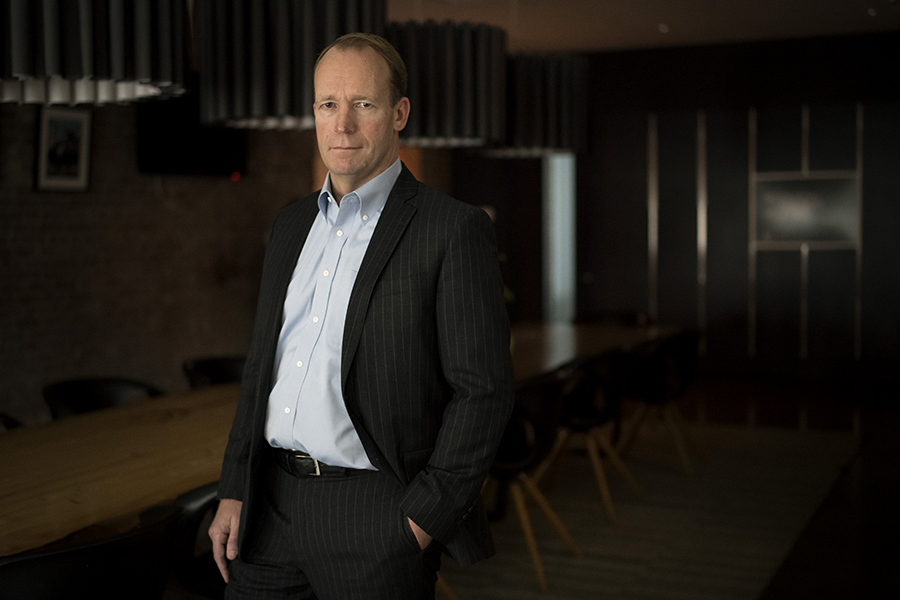 The U.S. presidential election is still 10 months away. But players in the financial markets — where tolerance for the unexpected tends to be low — are already trading the politics of 2020 like a choose-your-own-mystery novel, with the ending unknown.

Financial firms, keenly aware of the stark ideological differences between the top Democratic candidates and Trump, are creating “candidate baskets,” or bundles of investments tailored to several different outcomes in the general election.

There is a “progressive agenda” group of stocks that analysts believe will fall if Sens. Elizabeth Warren of Massachusetts or Bernie Sanders of Vermont wins the primary or the general election. Hedge funds are buying the equivalent of insurance policies that will pay them money if blue-chip stocks fall in the aftermath of a Warren or Sanders victory.

On the flip side, some investors are buying oil exploration, defense and aerospace stocks, and banks that are expected to benefit if Trump prevails. And a stock-like instrument called the “trade war” fund, with exposure to companies that would be affected by the impact of new or changing tariffs, attracted substantial attention before being liquidated and converted into a private investment vehicle.

“Market participants agree that the U.S. election is the big event for 2020,” Amelia Garnett, a salesperson in Goldman Sachs’ securities division, said on a recent podcast. The financial industry views Warren in particular with apprehension, and her rise in the polls during the late summer and fall, Garnett added, inspired “a rapid flurry of interest” from clients to prepare for the possible impact of the type of higher-tax, bigger-government agenda Warren has promised.

The goal for investors, of course, is to make money off their wagers — or at least to avoid losing it due to some unforeseen political outcome. But some analysts say the performance of these politically oriented portfolios may also be a leading indicator of public opinion as the country braces for what’s likely to be a volatile election year.

“The idea is this: We’re going to end up either on the very left or the very right with this election,” said Ben Emons, an investment strategist at Medley Global Advisors who has been fine-tuning the candidate baskets in recent months. “The market will trade it,” Emons added, “because the market will price in the probabilities around these outcomes.”

Although the investment focus for progressive candidates has been on stocks to sell, analysts say there is also a reverse case involving stocks to buy. Those, according to Emons, could be in areas that Warren’s policies, for example, would expand — child-care providers like Bright Horizons Family Solutions, for instance, or green energy providers like Brookfield Renewable Partners. Although stocks to sell in a second term for Trump have been less of an investor focus, Emons said that media stocks could fall under that category, given that news organizations are subject to frequent attacks from the president.

Still, with the Iowa caucuses less than six weeks away, some market participants consider it far too early to place political bets now.

Here is a look at analysis of various investments based on different election outcomes:

The Trump Trade
The economy has been solid this year, with unemployment at a 50-year low. As a result, the stock market has looked past potential red flags like wavering consumer confidence and manufacturing activity, and the S&P 500 had risen 29% as of late Thursday.

Against that backdrop, many analysts believe that trading in anticipation of a second term for Trump has been simply a matter of continuing to buy shares of large companies that have fared well in recent years.

“Markets at this point kind of love gridlock in Washington,” said Kevin Russell, the chief investment officer of UBS O’Connor, the Swiss bank’s New York hedge-fund arm. Inaction in Congress, he said, means that the status quo will continue, with lower corporate tax rates and deregulation by executive order benefiting many large companies. To invest in that thesis, Russell typically encourages his clients to buy or sell specific sectors, rather than individual stocks.

Emons believes that banks like JPMorgan Chase, which have benefited from Trump’s pro-growth agenda and financial deregulation, are considered compelling “Trump wins’’ trades. The same goes for commodity companies like Exxon, which has benefited from his curbing of environmental protections, as well as major aerospace and defense companies like Lockheed Martin.

Even the embattled Boeing — whose chief executive was fired Monday amid a crisis over the safety of its 737 Max — stands to benefit from Trump’s policies, because of deregulation and the tariffs he has imposed on its European rival, Airbus. Emons calls Boeing a “national champion” for Trump.

The Progressive Agenda Basket
Positioning for a potential Democratic victory next November has been more complicated. Warren and Sanders — whose platforms include plans for upending the current health care system, overhauling the financial system and fighting climate change — have inspired a variety of market trades.

The basic Warren or Sanders trade is a mirror image of the Trump trade: shorting, or betting against, blue-chip stocks. Several hedge-fund managers have already predicted a 25% or even 30% drop in the S&P if Warren were to win, for example, and the popularity of an option — effectively an insurance policy — on a drop in the index rose as she moved into the top tier of contenders, according to Garnett of Goldman Sachs and other strategists.

To game out the potential impact of a Warren or Sanders victory, analysts at JPMorgan recently established a roster of 51 stocks. Called the Progressive Democratic Agenda Basket, it consists of companies that, for a variety of reasons, are expected to be most affected by the candidates should a progressive prevail.

Exxon, Chevron and other fossil fuel companies are on the list for negative impact, as are health-care providers like Cigna and Humana. So are banks like Wells Fargo and Bank of America, the private-equity firm Blackstone Group, and tech giants like Alphabet and Facebook, which Warren and Sanders have called for breaking up.

Some of the less-obvious inclusions include the Gap and the pizza chain Papa John’s International, which JPMorgan believes could face pressure on their profit margins if a progressive president pushes hikes in the national minimum wage.

“The biggest risk for 2020 is the presidential election, for which we recommend hedges,” Nikolaos Panigirtzoglou, a researcher in the bank’s global cross-asset strategy group, and colleagues wrote Dec. 11.

The second biggest concern, he said in an interview, is the chance of a recession. Of course, the stock market is a fickle animal, and any number of things could affect it in unexpected ways, proving the predictions wrong.

The Unknowns
Biden, the former vice president who has consistently led the polls among Democratic contenders, has so far stymied most of the stock-pickers. He has said he’ll build upon the Affordable Care Act in order to retain a private insurance market for people who want to purchase health care on exchanges. Given that, Biden occupies a space between Trump — who has tried to dismantle the health care law and revert to a system more dominated by private insurers — and Warren and Sanders, who envision a government-run single-payer system.

Buttigieg, the South Bend, Indiana, mayor who calls his middle-of-the-road approach to health care “Medicare for All Who Want It” and who, like Biden, has not yet fully articulated his proposed legislative agenda, is a similarly elusive investment target.

“I think the challenge with Biden and Buttigieg is that the platforms aren’t really developed,” said Russell of UBS O’Connor.

Ultimately, stock investors crave nothing so much as greater certainty — an element that may be in short supply for many months to come.

“We need to know who the Democratic candidate is,” Garnett said, “and the quicker we know that, the better it will be for the investing environment.”