Amazon chief talked up the company's India operations in an address to shareholders, but, despite all optimism, the company won't have it easy in India 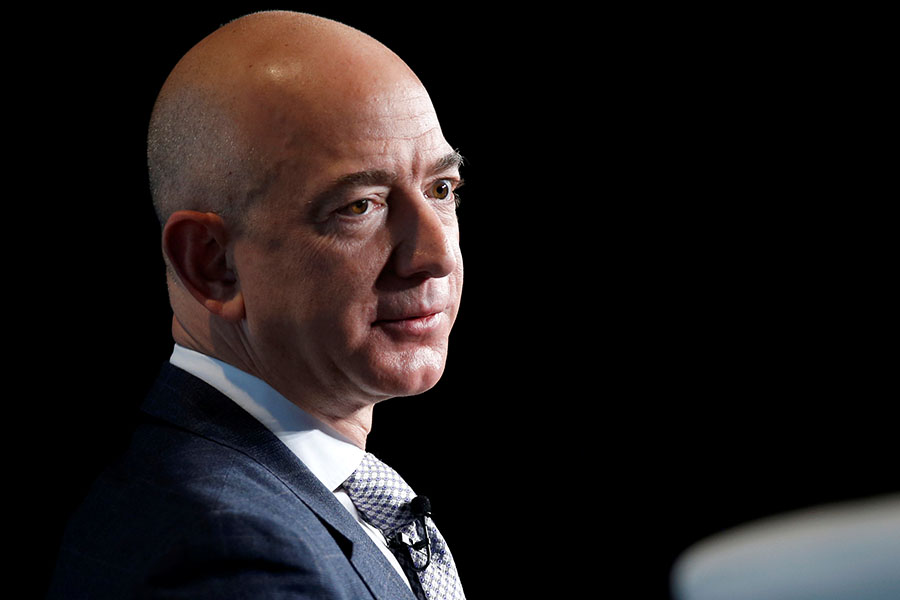 Amazon founder Jeff Bezos
Image: Joshua Roberts / Reuters
At one point, Jeff Bezos wanted to name his maiden online venture, Relentless. Bezos eventually settled with Amazon, but the spirit of the company, which has metamorphosed into a $740-billion company by market cap, remains close to the name it almost assumed, relentless.

India, witness to a bruising battle for market leadership between Amazon and homegrown Flipkart, has been a witness to Amazon’s relentlessness. The country is possibly the last greenfield opportunity for ecommerce companies in India, thanks to its burgeoning internet users, and a cash guzzler. So much so that Amazon’s operating losses shot up to $3.06 billion for FY17, largely because of its investments in the country, where SoftBank-backed Flipkart still maintains a slender lead over Amazon.

But, relentless, as Bezos is, Amazon is unlikely to give up its pursuit of market leadership in India anytime soon. Bezos had already committed $5 billion investments for India, and he certainly believes Amazon is on course to outdo Flipkart. Since setting up shop in India in 2013, Amazon has invested Rs 19,511 crore (approximately $3 billion) into Amazon Seller Services, the Indian marketplace entity.

“Amazon.in is the fastest growing marketplace in India, and the most visited site on both desktop and mobile, according to comScore and SimilarWeb. The Amazon.in mobile shopping app was also the most downloaded shopping app in India in 2017, according to App Annie,” said Bezos in a note to Amazon’s shareholders on Wednesday.

According to Bezos, Amazon’s Prime subscribers, essentially consumers who pay an annual subscription to avail faster delivery and access to the companies over-the-top platform Prime Video and music streaming service Prime Music – services Flipkart does not yet offer – have been one of the key catalysts for Amazon’s growth in India.

“Prime added more members in India in its first year than any previous geography in Amazon’s history. Prime selection in India now includes more than 40 million local products from third-party sellers, and Prime Video is investing in India original video content in a big way, including two recent premiers and over a dozen new shows in production,” said Bezos.

ALSO READ:
Amazon pumps funds in India to fight Flipkart
Why Flipkart thinks it needs to win only one category to take the game away from Amazon India

One small, but significant example of Amazon’s increasing focus on India is ‘Internet’. This the low-key name that folks at the Amazon Mobile LLC unit have given a new browser that they have released in India. If one tries loading the browser on a fancy smartphone, a ‘not-compatible-with-your-device’ message will show on the app’s page on Google’s Play store, as this writer found out on his Samsung Galaxy S9.

The browser is only 2MB in size at download, making it a tenth as heavy as Google’s Chrome. The app’s description too reads ‘Internet: fast, lite, and private.’ Clearly Amazon wants to target the Bharat that lives beyond the metros. The app’s product page shows it was last updated on March 7, when the size was brought down from 3MB to its current requirement. It has been downloaded only about a 100-plus times.

That the browser is India-specific is also given away by one of the features listed on the app’s product page: “Stay up to date with news, cricket, and entertainment from top sources right on the home page.” Expect Amazon to add features such as support for various Indian languages, and eventually speech, even if that makes the browser a tad heavier than now.

Despite Amazon’s best efforts to wrest market share from Flipkart, or even reach out to first time ecommerce consumers and thus expand the market, India hasn’t been a cake walk. Flipkart, flush with funds from SoftBank and Tencent among others, has put up a tough fight so far.

It is going to be tougher for Amazon with Walmart, an old rival, close to buying a majority stake in Flipkart. Amazon had thrown its hat in the ring as well, but the deal, according to reports, is likely to swing in Walmart’s favour. In that case, Flipkart will at least not have to worry about money, at least in near future, and can invest enough to expand its lead over Amazon.

Bezos’ wait to pole position in India could only get longer.

Tweets by @forbesindia
Using big data: 3 reasons it fails and 4 ways to make it work
All guns blazing on the currency front