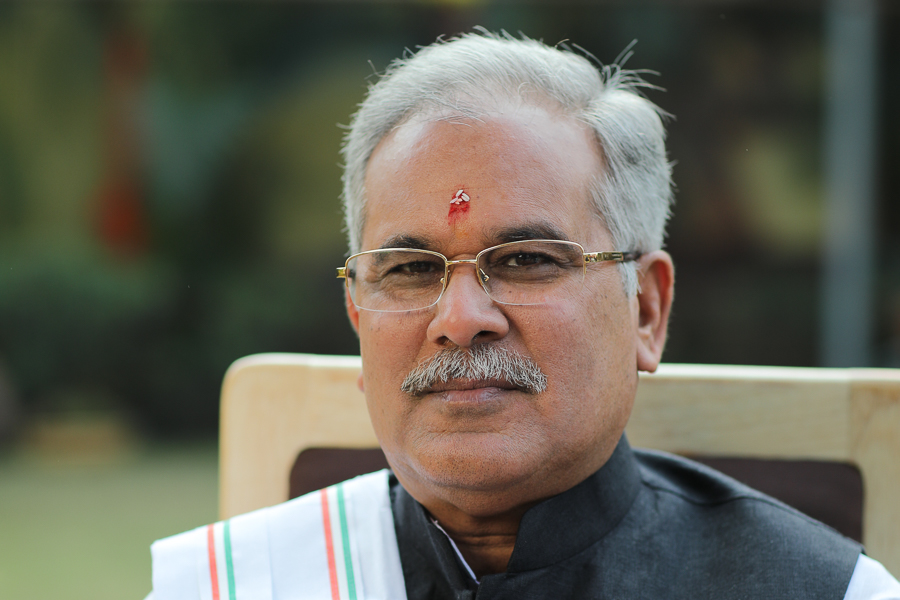 Chhattisgarh is witnessing a surge of Covid-19 cases with nine of its districts under complete lockdown for 10 days. On Tuesday, it added 13,576 fresh cases and 132 fatalities, with the death toll now mounting to 5,031; since April 1, 861 people have died in the state. In a conversation with Forbes India, Chhattisgarh CM Bhupesh Baghel speaks about his plan to tackle the rising number of cases, the recent Naxal attack in which 23 security personnel were killed and the state’s approach to industrialisation and infrastructure development. Edited excerpts: Q. Nine Chhattisgarh districts have gone under 10 days of lockdown. How is the state controlling the rising number of Covid-19 cases, along with the shortage of ventilators and vaccine?  It is true that during the Covid-19 peak in Chhattisgarh last year we had about 3,800 cases per day. At present, about 9,000-10,000 cases are coming each day, but not all are serious. We are doing maximum testing, about 40,000 every day. On a daily basis, we are vaccinating around three lakh people and till now we have vaccinated 36 lakh of a total population of 2.80 crore. At the national level, at 12 percent, we are one of the states where maximum vaccination has been completed. Eighty-four percent frontline workers have been vaccinated, of which 87 percent are health workers, and 43 percent between 45-60 years of age. We are constantly increasing the number of oxygen beds. Oxygen is manufactured in Chhattisgarh and then sent to Maharashtra, but definitely our priority is to make sure that there is no shortage of oxygen to us. We have also recently requested the Prime Minister to minimise the GST and tax of certain medicines so that people can be treated at a nominal rate.

We know that lockdown is not a solution, but it can definitely slow down the spread of the virus. Q. How is the state controlling the regular Maoist attacks? Last week, 23 security personnel were killed in Bastar… For the first time last week, we were targeting their hideouts. Till now, Maoists used to attack on CRPF camps, but since last year we are searching for them and targeting their hideouts. The Naxalites are not getting as much support from the villagers in Bastar as they used to get earlier. For winning the trust of these villagers, we have given them land ownership rights. Leases are being distributed under the Forest Act that was implemented during the previous UPA government at the Centre. The purchase rate for tendu leaves, used for making beedi, has been hiked to Rs 4,000 per standard bag, from Rs 2,500 earlier. The rate is still Rs 2,500 in the neighbouring Madhya Pradesh. Ours is the only state in India where the collection rate is Rs 4,000 per sack. This is helping our youths in Bastar get more work. We are also continuously working in the fields of education, health and employment. Both the central and state forces are working together and therefore the base of the Naxalites is constantly shrinking.   Q. In a recent interview, you mentioned about boosting employment, especially in the Naxal areas so that they do not take part in any violence. How are you planning to do this?

We are setting up small-scale industries, such as for medicines, so that our people can get employment. At the same time we have a lot of minerals in the state and are setting up industries for those as well. We have signed 108 MOUs, which involves investment of about Rs 50,000 crore to generate employment for around 60,000 people. Q. You recently demanded that the central government should ensure the welfare of the farmers and guarantee Minimum Support Price (MSP) for their produce. What changes in the Farm Laws according to you will benefit the farmers? The Government of India declares MSP, but farmers do not get it. We have developed that system in Chhattisgarh. This year, when we registered farmers, 95 percent of them sold paddy, and we bought it at our support price of Rs 1,868, after which Rs 17,322 crore was deposited in accounts of 20 lakh farmers for 92 metric tonnes of paddy procured from them. This is the MSP we are following in Chhattisgarh.

If we are giving benefit to farmers under the Rajiv Gandhi Kisan Nyay Yojana, the Centre is opposing it. The Centre agreed on taking 60 lakh metric tonnes of rice but they’re only taking 24 lakh metric tonnes after deducting the bonus value. This means that about 36 lakh metric tonnes of rice will not be taken, and that would result in an extra burden on the state government and therefore a loss. Q. Around 6,000 tribals recently met in Bijapur to protest against the government’s move to step-up the 'Bastar Bodhghat project multipurpose irrigation project'. How is the government addressing their concerns? Bodhghat is the first project where the tribals of that area may lose some land but the water will be used for their farming needs only. We need to create public awareness about benefits of the project which is being opposed by the Naxalites who do not want the people here to become rich, educated and employed. Otherwise, the people of Bastar are in favour of this dam. I understand that by persuading people the problem will be solved. And this dam will certainly increase irrigation as well as employment.  Q. Last year, how did Chhattisgarh manage to achieve the 6th position in 'Ease of Doing Business' ranking in country? And what steps are the government taking to improve?  We have reduced the registry fees and freehold charges due to which interest in doing business in the state has gone up. We have created a friendly industrial policy and many decisions have been taken to attract investors. We are hopeful that a favourable environment has been created for further industrial development in the time to come and that would also generate employment for our people.  Q. Chhattisgarh is one of the mineral-richest states of India. What is the state doing in this sector?  The minerals that we have here are of high quality and we are providing more benefits to our local industrialists due to which industrialisation has increased. Also, we are ensuring that our minerals should not be taken away by others at a paltry price and they are used properly by the right industrialists for a better valuation. This will also ensure higher revenue for the state and employment for our people. We are working in that direction and I think we are doing a good job at it.   Q. What is your approach to industrialisation and infrastructure development and how do you strike a balance between growth and ecology?

If you look at the population per square km of the entire country, Chhattisgarh is in an ideal situation. We have an area of 1,35,000 sq km in which 2.80 crore people are living, which is an ideal situation as against states like Uttar Pradesh, Punjab or many other states with a dense settlement. Second, 44 percent of our area is made up of forests. We’re planting trees wherever we are doing industrialisation. We’re planting trees along the banks of the river and in desolate forests as well. I would like to tell you that we are getting revenues of about Rs 6,000 crore from minerals and if we are getting this revenue, we are also maintaining the balance to preserve the natural resources.

Tweets by @forbes_india
Photo of the Day: What second wave?
How to appease your customers after your algorithm rejects them