The only hope of mass exit from poverty is through small and large businesses creating wealth in a market economy, say Vipin Veetil and Bill Glod 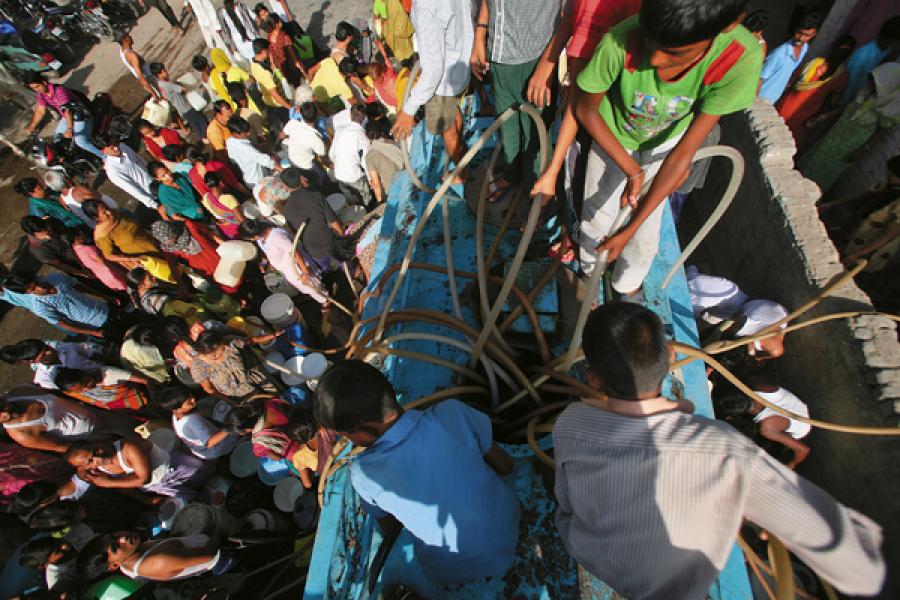 Image: Parivartan Sharma / Reuters
DAILY DILEMMAS The poor have to make too many decisions—like whether or not to boil water—which saps them of energy

Do the poor have too many choices? MIT economists Abhijit Banerjee and Esther Duflo answer in the affirmative in their book Poor Economics. They argue that government intervention circumscribing choices can be beneficial and that “we are kidding ourselves if we think that these [small] businesses can pave the way for a mass exit from poverty”. Banerjee and Duflo’s defence of interventionist policies pins the blame of poverty on poor people’s cognitive and motivational defects rather than what is largely a systemic institutional problem faced by developing countries.

At a recent lecture at Harvard, Duflo explained that the poor have to make too many decisions—like whether or not boil water—which saps them of energy. Moreover, human cognitive limitations mean that sometimes they make wrong decisions, leading to disastrous consequences. There is little doubt that too much choice decreases well-being by making people feel anxious or overwhelmed and, hence, unable to choose effectively. Barry Schwartz, in a 2004 Scientific American article titled ‘The Tyranny of Choice’, finds that, “Although some choice is undoubtedly better than none, more is not always better than less.” However, this is no reason to call for more government intervention. A portion of Poor Economics draws from experiments conducted in India, so let’s take the case of water supply in Delhi. Nearly 40 percent of Delhi’s population lives in areas without full legal status. A 2003 study by the Centre for Civil Society finds that in three such areas government water supply meet 58 percent, 12 percent and 0 percent of demand. The illegal status of these lands means that private water suppliers cannot make the long-term investments necessary to provide clean water. In short, the poor have to make choices on how to purify water precisely because government has failed to assign and enforce property rights and because government has an effective monopoly over provision of piped water.

Contrary to the Banerjee-Duflo position, cognitive limitation is not a cause of market failure. It is the very condition by which markets work. And this happens in two ways. One, markets reduce the need for complete self-reliance in light of our limitations.  Market exchanges allow specialisation that relieves a given actor of the need to make a plethora of decisions taxing her willpower and develop expertise in a particular area of decision making. Laboratory experiments by Nobel Laureate Vernon Smith and others show that financial bubbles caused by irrational trading are less likely when traders are experienced. Two, the mutual self-interest of parties working within organisations creates incentives to develop remedies to an individual’s biases.

Stanford professor Chip Heath and others in a 1998 paper titled ‘Cognitive Repairs’ give several examples of how organisational practices can compensate for individual shortcomings. Microsoft, for instance, had a peculiar problem: When the usability group would tell the developers that “six out of 10 couldn’t use this,” the developers would ask, “Where’d you find six dumb people?” The problem was that individuals tend to discount large samples of statistical information. Microsoft solved this problem by developing a usability test lab, where developers could watch users struggle with new products. Developers took the sight of real people far more seriously than pallid statistics even when the latter involved much larger samples.

Duflo claims: “The emphasis on self-reliance can go too far.”  But libertarians typically defend free choice on the basis of an individual’s right to have discretion over what actions she will choose for herself, and where she will defer to those who have a comparative advantage elsewhere. Freedom of discretion is not a mandate that one must go it alone.

Duflo and Banerjee’s micro-level experiments miss the elephant in the room: The fact that a section of humanity (Western Europe and the US) was able to go from the present level of Bangladesh in 1800 to where they are today. The question then is what institutions allowed these countries to escape their own poverty traps centuries ago. Why are they lacking in developing countries today?  Markets are not perfect: Nothing manmade is. But if there is any hope of mass exit from poverty, it is through small and large businesses creating wealth in a market economy.

As for regulation, University of California economist David Hirshleifer’s words are worth inscribing in gold: “Much of regulation is driven by psychological bias—on the part of the proponents, not necessarily the regulated.”