Mfine puts primary care in your palm, when you need it

The Bengaluru venture facilitates a doctor's consultation with a smartphone app. And with an intelligent layer on its cloud, it also aims to make the consultation more comprehensive and effective 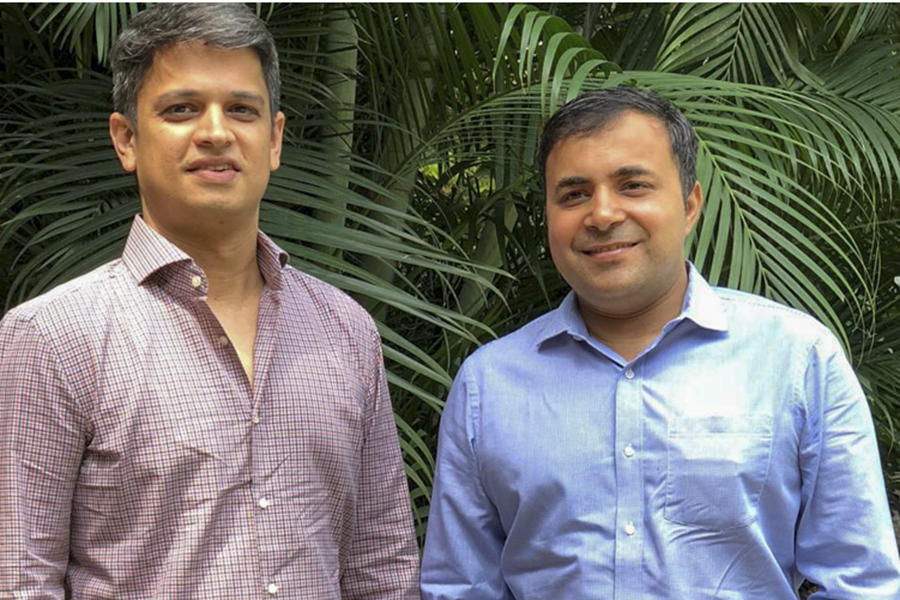 Prasad Kompalli and Ashutosh Lawania had this idea that a consultation with a doctor should be a lot more convenient and painless than it is today, and they set about building a software platform to facilitate that.

It took them about 12 months to launch Mfine, in December 2017, and through April, they saw some 10,000 consultations happen — all on the users’ own smartphones. These weren’t simple appointment bookings, but actual consultations for everything from a common cold to Rheumatoid arthritis, to gynaecological problems.

Users download the Mfine app, create their profiles and, when they need a doctor, they can access one in 60 seconds. That they get good doctors is also ensured by Mfine, Kompalli told Forbes India in interview at his office. The venture has tied up with 16 well-known chains of hospitals and clinics, such as Aster, Cloud 9, Ovum and People Tree. Mfine sees a 100 to 120 consultations a day for now, Kompalli said.

Kompalli, the CEO and Lawania, who takes on the responsibilities of a COO, are both former Myntra executives, and are no strangers to consumer-facing businesses. They have raised about $5.7 million in funding, including a seed round of $1.5 million from Stellaris and some angel backers, and $4.2 million in a series A round led by Bengaluru’s Prime Ventures. Stellaris and one of the angel investors also participated in the latest round.

“Mobile connectivity is improving and AI is coming of age, and that was the excitement,” Kompalli told Forbes India in an interview. The first allows on-demand consultations, and the second facilitates preventive interventions. “You can imagine us as a cloud clinic, and while we are a business-to-consumer business, the providers are institutions.”

And that is an important way that Mfine ensures that users get access to good doctors, by tying up with reputed hospital chains and clinics, Kompalli said.

One innovative intervention that Mfine has done, that raises the quality of care is to build a small team of in-house doctors, who help by collecting some initial information when someone first seeks a consultation on their phone. Mfine’s doctors ask a few questions the answers to which help narrow down the potential ailment and the user is then handed over to the doctor he or she has chosen from a list the app displays.

At the doctor’s end, the initial information collected is already available, and through the course of the consultation, the doctor can continue to probe further. If the doctor is convinced that a prescription can be handed out, he or she can do so, and a valid, printable, digital prescription is sent to the user’s phone. If the doctor feels a visit to the clinic or a hospital is mandated, then that can be recommended, and again, on arrival at the clinic, the entire volume of data collected thus far, is already available, in an accurate, structured manner.

The user pays a consultation fee, just as he or she would have done at a clinic, and Mfine gets a portion of that. For now, the focus is on building the product out and expanding the type of services that can be offered, and improving the quality of the user experience. The app allows consultation via instant messaging, audio and video.

As Mfine builds its technology out — and the latest funding will help with just that — their core technology layer, which is a learning system, will begin to incorporate AI techniques. Already the system has accumulated a large set of commonly occurring symptoms and the likely problems that might be the causes — via a combination of both manually curated information from Mfine, and from the ongoing consultations. Therefore each time a user opens up the Mfine app, there are options to select commonly occurring symptoms — like fever, or headaches or migraines — which will help narrow down the potential problems faster.

Users can also create profiles for everyone in their families and consult on their behalf. A ‘Lifeline’ feature in the app maintains all the data on both the interactions and the recommendations made by the doctor, which becomes an electronic health record.

Kompalli adds: “Our view is that primary care in general is very difficult to scale with physical infrastructure and reach out to India’s large population. Technology will help us leapfrog other methods that have been prevalent in the developed nations — the US has urgent care centres, primary care clinics, and physician clinics, for example, but all of them are physical clinics.”

“In India, we want to deliver care but also reach large numbers of people and that is what we are building right now.”

At an aggregate level, Mfine can build a hugely scalable ‘doctor’s assistant.’ Thousands of doctors can accurately and systematically deliver primary care. That’s where the quality baseline can improve significantly, he said. It will also eliminate a lot of essential drudgery involved in maintaining good health records.

And since it also frees up a lot of the doctor’s time, at a general physician’s level, for example, it’s not improbable that the number of cases a doctor can handle could go up by an order of magnitude, Kompalli says. Therefore this ‘doctor’s assistant’ doesn’t function as a ‘workflow solution’ — meaning it isn’t something that is replicating a paper process online, or an ad hoc process online.

Instead it is a solution that helps a doctor think much more comprehensively about each and every case she comes across, by making available to her case histories and details accurately and systematically. Once captured, these details are part of the user’s electronic health record and are never lost. Therefore a doctor has a far richer volume of information in treating someone.

With chronic ailments this could make a significant difference. As more AI gets infused into the platform, each new case can be compared with a much greater volume of information about how similar cases progressed, the treatments involved, the results and so on, and doctors can weigh their own experience against recommendations and data the analytical engine at Mfine throws up.

By next year, Mfine will also take a shot at incorporating IoT into its products. That means, data from wearables and other diagnostics equipment will become part of an ongoing feedback about a user’s health. This will be particularly useful in treating people who need to manage the treatment of any disease over an extended period of time.