If successful, it will help auto maker shed its 'one car wonder' tag 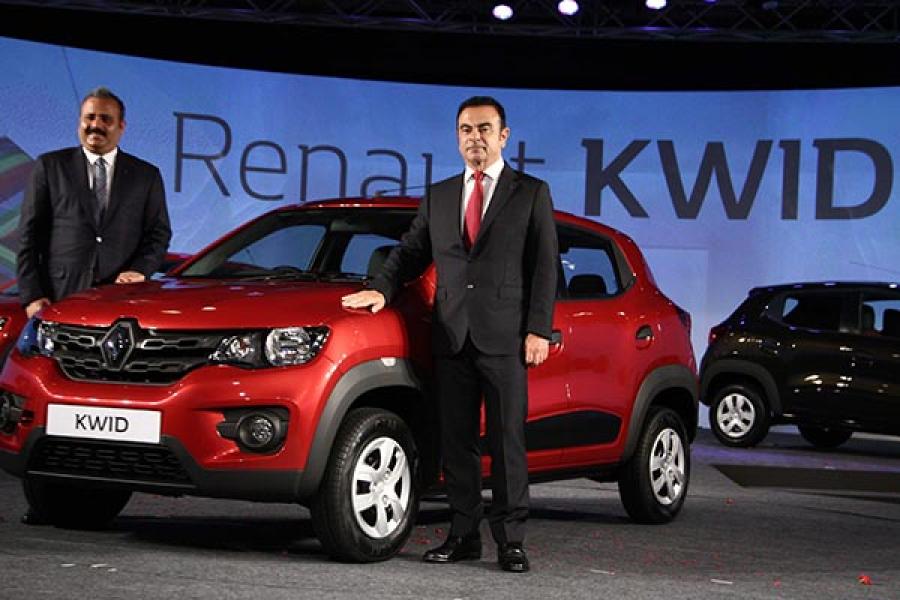 Carlos Ghosn, Chairman & CEO of Renault at the launch of Kwid, an entry level car with 97 per cent localisation

Renault, a late entrant into the Indian automotive market, has managed a market share of 1.5 percent on the success of a single product — its compact SUV Duster. Such has been the SUV's success that Duster has today become a more prominent name in India compared to Renault. The French car-maker has been very keen on leveraging Duster's success and deepen its presence in India — the only market which, along with China, will see a demand growth in excess of six percent going forward. It recently launched Lodgy, a multi-utility vehicle. But Renault hopes that its entry-level car Kwid, launched in Chennai today, could well provide the volumes it desperately craves in India.

"Renault Kwid will be the game-changer for us in India," said Carlos Ghosn, chairman and CEO of Renault, while unveiling the car. "It’s a car for conquest and marks our entry into the A segment which accounts for 25 percent share of the cars sold in India," he added. Kwid, the first to be built on the new CFM-A platform, is powered by a 800 cc engine and comes with 97 percent localisation. According to Ghosn, three elements set Kwid apart — its pricing that starts at Rs 3 lakh, top of its class fuel efficiency and first-of-its-kind features in its segment, such as the navigation system.

The car's SUV-inspired design and high ground clearance gives it crossover looks. "Renault Kwid will help us achieve our goal of five percent market share in India," Ghosn said without specifying by when this will be achieved. "Kwid is the important pillar for advancement of Renault in India."

Ghosn says Kwid is a product of Renault's learning in India over the last five years. "India is not an easy market. We are learning our way. Kwid's success will show that we have learnt a lot," he said. The company worked with as many as 260 suppliers to achieve 97 percent localisation (which is more than what Maruti Suzuki has achieved after over 30 years of its presence in the country). In fact, Ghosn says that when he mooted the idea of a Rs 3 lakh car, his teams in France and Japan said it was impossible. He decided to take advantage of India's frugal engineering strengths to make it possible. "We could not have done it in France or Japan. We did it in India while leveraging our global expertise," he said.

Renault India is ramping up its distribution to sell Kwid. "We are doubling our 157 strong sales outlets by the end of next year," said Sumit Sawhney, MD and CEO, Renault India. The car, which will be produced in a Renault-Nissan joint venture plant near Chennai will be available for sale in India during the forthcoming festive season.