Probably the world's most profitable enterprise, the company's plans could lead to the largest initial stock offering ever 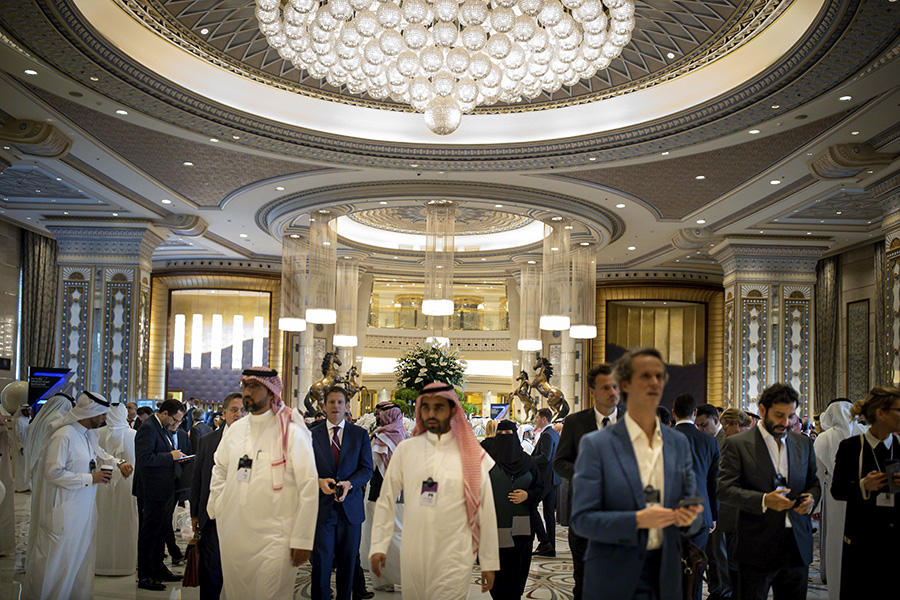 The company, the kingdom’s crown jewel and probably the world’s most profitable enterprise, said it planned to sell an unspecified percentage of its shares on the Saudi stock exchange, the Tadawul. Trading is expected to begin next month, although it did not specify a date and offered few other specifics.

Bankers have told the Saudi government that investors may value the company at around $1.5 trillion, people briefed on the matter said previously. That would make Saudi Aramco the most valuable public company in the world, surpassing the current leader, Apple.

Saudi Aramco is the behemoth in the oil business, alone producing about one-tenth of the world’s output. Last year, it made $111 billion in net income, almost twice Apple’s profit and many times the earnings of lesser rivals like Exxon Mobil and Royal Dutch Shell.

And Sunday’s announcement sets up what may be the biggest initial public offering ever, with a chance to exceed the nearly $22 billion that Alibaba, the Chinese e-commerce giant, raised in one day in 2014.

When Prince Mohammed bin Salman, the crown prince who is the country’s de facto ruler, first announced plans to take the company public in 2016, he said that the company would be valued around $2 trillion, that the offering would take place by 2017 and that its shares would trade on a premier international stock exchange like New York, London or Hong Kong, as well as the Tadawul in Riyadh.

Yet Saudi Aramco appears poised to be valued short of $2 trillion. And its IPO process has proceeded in fits and starts over the past three years, pausing several times over the complications of readying its finances and operations — long shrouded in secrecy, even as it gushed wealth for its kingdom — for the scrutiny of public investors.

And while Salman had been eager to have Aramco trade on both the Saudi exchange and a more prominent stock market, that appears off the table for the time being.

At an investor conference last week at the Ritz-Carlton Hotel in Riyadh, Saudi officials made clear that the crown prince’s thinking was critical to the IPO.

Prince Abdulaziz bin Salman, who was recently appointed energy minister, told the conference Wednesday that the listing would be “a Saudi decision first of all and, specifically, Prince Mohammed’s decision.”

In what seems an effort to prompt local residents to invest, Aramco said that Saudi nationals who held shares for 180 days would be eligible for a bonus share for every 10 purchased. These bonuses are capped at 100 shares.

Much of the proceeds from the offering are not likely to flow to Aramco’s operations but into the Public Investment Fund, a sovereign wealth fund that is evolving into Mohammed bin Salman’s main vehicle for shifting the Saudi economy from its reliance on oil. 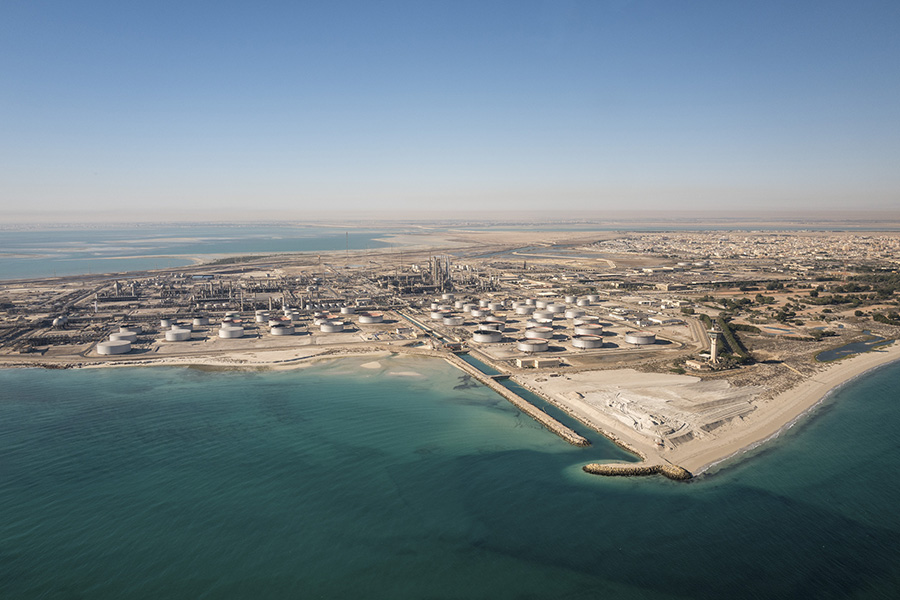 Along with venture capital investments like Uber, the ride-sharing service that has a strong presence in the kingdom, the Public Investment Fund is putting money into renewable energy and enormous real estate projects aimed at creating jobs for Saudis. Neom, a vast futuristic city planned for the northwest of the country, will require $500 billion from the Public Investment Fund and other investors over time, according to its website.

On Wednesday, the fund announced that it was borrowing $10 billion from a group of international banks, including JPMorgan, Citigroup and Bank of America. The loan would help “accelerate” the fund’s investment program, according to a news release.

It is not hard to see why the crown prince is pressing for quicker results driven by an Aramco share sale. The economy has yet to see big payoffs from his plans. Unemployment among Saudi nationals remains high at 12.7%.

What remains indisputable is how big Aramco is. On Sunday, the company said it had earned $68 billion for the year through September — a figure that, even if weighed down by lower oil prices, gives it a financial and production heft that analysts have said would lure in international investors.

Still, questions are likely to dog Aramco executives and their army of advisers as they continue to pitch prospective investors on the offering. Some will center on how the company has recovered from a devastating drone and missile attack in September that temporarily shut down half its production.

Aramco sought to minimize the attack’s effect on customers through measures like tapping inventories outside the kingdom, offering buyers different crude grades, and increasing production from other fields.

The physical damage may have been largely repaired, but investors will probably remain worried that its facilities remain vulnerable to assault, given the political tensions between Saudi Arabia and its neighbors.

“There is a risk of further attacks on Saudi Arabia, which could result in economic damage,” Fitch Ratings said in September when it downgraded Saudi Arabia’s credit rating to A, from A+.

Investment in Saudi Arabia has generally been tempered by the killing and dismemberment of the Saudi dissident and journalist Jamal Khashoggi by Saudi agents last year. Mohammed bin Salman has accepted responsibility for the killing, but denied ordering it. Those concerns, though, were hard to find at last week’s investment conference, where Wall Street executives and world leaders converged.

Aramco’s ability to attract investors may been undermined by doubts about the future of fossil fuels, as climate change drives interest in renewable energy. Top institutional investors like the Singaporean sovereign wealth fund Temasek have already suggested they will reduce their exposure to fossil fuels, potentially ruling them out as backers of Aramco.

Aramco officials are addressing those concerns by putting around $600 million a year into research and development in areas like more efficient car engines and vehicles equipped with devices for capturing much of the carbon dioxide emissions that they produce.

The company is also investing in plants and joint ventures aimed at funneling more of its oil into chemicals, which Aramco’s leadership believes will see relatively strong growth in the coming decades, when demand for transportation fuels may fall off as alternatives like electric vehicles become more available.

In March, Aramco said it planned to acquire a 70% stake in a Saudi petrochemical giant, known as Sabic, for $69.1 billion.

“The pessimism around oil is misplaced,” Aramco’s chief technology officer, Ahmad Al Khowaiter, said in a recent interview at the company’s headquarters in Dhahran. “The growth is in materials; it is in chemicals,” he added.