The private rocket company founded by Elon Musk launched one of its reusable rockets from Cape Canaveral on Monday, to beam internet services around the world. But astronomers worry about the light pollution it is causing 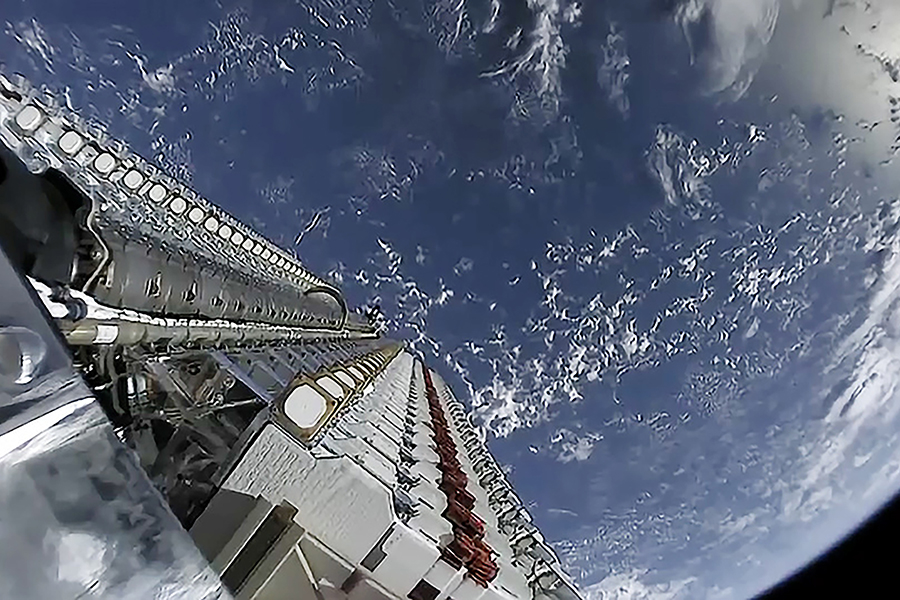 A photo provided by SpaceX shows a view of SpaceX’s Starlink’s satellites just before being deployed on May 24, 2019. Various companies are pressing ahead with plans for internet service from space, which has prompted astronomers to voice concerns about the impact on research from telescopes on Earth
Image: SpaceX via The New York Times