The world is getting smarter with IOTs 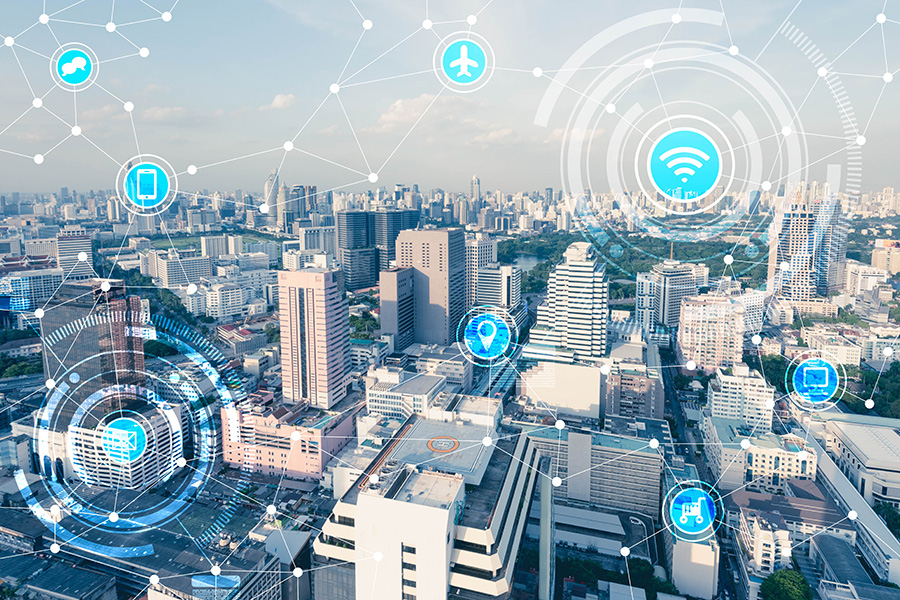 Image: Shutterstock
We are making rapid strides towards a digitally connected future where anything that can be connected will be connected. Internet of Things (IoT) is no longer a buzzword but a reality, and it is as good as it sounds.

Imagine a world where your driverless car automatically figures out the best way and changes its route. Imagine a world where you enter your house cooled to the perfect temperature with hot food waiting for you with the whizz of the washing machine in the background. Imagine all of this and much more happening without the use of a single button or coordination with multiple people. This is the power of IoT.

Possibilities are limitless in all the domains. A smart house powered by intercommunicating devices will deliver a seamless living experience. Wearable will track every single move and guide you accordingly. Smart cities will offer much safer transportation facilities and will make the maximum utilisation of the available infrastructure.

IoT combined with automation will be a game-changer for industries. Interconnected devices will automatically refer to predefined benchmarks, communicate with other devices and take certain decisions without manual intervention. This will boost the overall productivity and cut down mistakes and oversights caused by human operators. Cognitively powered machines will be able to understand workflows and communicate with one another to turbocharge assembly lines. This may lead to reduced costs and multifold increase in output.

IoT has found rapid adoption in multiple domains across industries, and its popularity is likely to spike up in future. But it comes along with its own set of issues—security being at the forefront. It isn’t too difficult to imagine why a network of interconnected devices is a potential target for miscreants. One attack on the central system can throw the entire assembly of interconnected devices out of whack. Privacy also becomes a concern with user data, preferences, location data and other private information floating around the systems.

Along with security issues, it requires companies to develop superior technical abilities to build scalable IoT systems and manage the applications. Rapidly changing requirements and intense competition adds to the workload of companies and makes it difficult for small businesses to focus on this new department with their already stretched workforce. Another factor to be considered is, continuously connected devices need optimised power consumption to ensure uninterrupted service.

The future of secure and well-oiled IoT machinery depends on three primary factors— security, standardisation and interoperability. The systems and the networks need to be secure, encrypted and hard-to-break-into. The entire process needs to be standardised to ensure maximum throughput and easier setups. Following standards will ensure smooth interoperability of different devices. Alongside, IoT also requires super strong connectivity via Bluetooth, Wi-Fi or mobile networks.

To deal with all these issues and ensure a seamless migration to a connected world, Qualcomm has enhanced its efforts in the IoT space with its turnkey solutions. It has created a multitude of products, platforms and applications for a variety of use cases. It has developed across multiple ecosystems like wearables, voice and music, connected cameras, robotics and drones, home control and automation, home entertainment, and commercial and industrial IoT.

The standardised solutions provide an optimised base on top of which the entire use-case based system can be built to ensure high connectivity and swift development. Prototypes can be quickly set up for consumers to test without actually building their own IoT. This allows them to focus on their core competencies and to serve their customers instead of building IT capabilities. Time to market has considerably come down because of such plug-and-play platforms. Prototyping is a matter of selecting the right platform according to the use case and customising it for the specific case.

As the adoption of IoT increases, the pressure on developers to build differentiated, high-end products with enhanced security will increase. Qualcomm rises up to this challenge as well.  With its numero uno position in the mobile connectivity space, Qualcomm has leveraged all the expertise to build impregnable platforms. Using its new range of chips, it has developed a system allowing multiple connectivity options without compromising any security aspect.

Qualcomm dreams of not only an interconnected future but also of making it come true with its pioneering technology and the entire suite of platforms and solutions. To know more about how Qualcomm can help you be a part of IoT revolution, click here.