Trade truce between the US and France expires

President Donald Trump gave no indication this week whether he planned to return to his threats from July to impose new tariffs on imported wine and other French products as a result, after which the countries agreed to a 90-day truce

By Jim Tankersley and Alan Rappeport 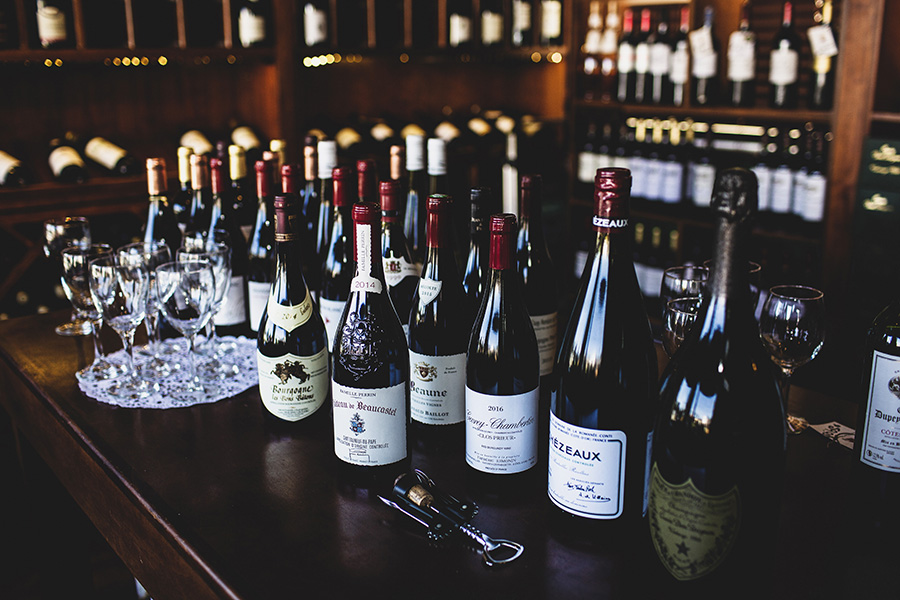 French wines at a store in Palm Beach, Fla., June 20, 2018. The end of a 90-day pause on the taxation of technology companies and other corners of the digital economy raised questions of whether the president would revive threats against French wine
Image: Saul Martinez/The New York Times

WASHINGTON — A brief truce in what had been an escalating battle between the United States and France over taxing digital services has expired, but President Donald Trump gave no indication this week whether he planned to return to his threats to impose new tariffs on imported wine and other French products as a result.
French leaders voted this year to impose a new tax on economic activity that takes place online and crafted it in such a way that it would largely hit large American tech companies like Amazon and Facebook. In response, the Trump administration opened an investigation into whether the tax posed a threat to national security and should be met with U.S. tariffs on French products. Trump vocalized the threat of tariffs in July. Soon after, the countries reached a 90-day agreement that paused the U.S. retaliation, while leaders from wealthy countries including France and the United States pursued negotiations toward an international agreement on digital taxation. France’s tax stems from concerns that it is not capturing any revenue from activities of companies that sell or advertise online to its citizens yet. That concern is shared by a growing number of countries outside the United States, including Britain, Italy and Canada. The Organization for Economic Cooperation and Development is spearheading negotiations between the countries as it tries to avoid an arms race of sorts among countries seeking to capture revenue from digital commerce that crosses borders. Participants have set an ambitious goal to reach an agreement in principle sometime next year, and key negotiators will meet next month in Paris to continue the process. A final global agreement would most likely overhaul how countries tax commerce that crosses borders, and it could grow to cover large automakers and other multinational companies — not just tech firms. Some tax experts who have been tracking the deliberations predict that the Trump administration will extend the truce period, perhaps unofficially, until at least January when the OECD is expected to give an update on the status of the negotiations. Others say the administration is likely to hold off as long as negotiations remain fruitful. “Absent some sort of intervention from the president, it seems very unlikely for the United States to act on the 301 investigation prior to seeing whether there is a satisfactory agreement at the OECD in January 2020, and if such an agreement is reached, whether the French keep their promise and repeal their digital services tax,” said Itai Grinberg, an international tax policy professor at Georgetown University Law Center. Trump is using authority granted under Section 301 of the Trade Act of 1974 for potential retaliatory tariffs. Trump has made it known that he is unhappy with France’s digital tax even though he has separate concerns about the tech companies that are threatened by them. “I’m not a fan of those companies, but if anybody is going to tax those companies, it should be the USA,” Trump said at the White House last month. “It shouldn’t be France and the European Union, who have really taken advantage of the United States.” The Treasury Department, the White House, the U.S. trade representative and a spokeswoman for the French Embassy in the United States had no comment on the talks. David Kautter, the Treasury Department’s assistant secretary for tax policy, said last week that any countermeasures against France would be determined by the trade representative. He said that discussions between the United States and France had been “substantive” and “meaningful,” but it was not clear when the two countries would resolve their differences over the matter. “The administration adamantly opposes unilateral digital services taxes that are focused primarily on U.S. companies,” Kautter told BloombergTax. “We think the best way to resolve this issue is through multilateral discussions in the OECD. We are actively engaged in those discussions.” Still, Kautter cautioned that the target date for reaching a broader agreement was not until the end of next year and that there were many complicated matters to address in that time. “I trust in this process,” he said, “but I’ll believe it when we can actually get it done.”

Tweets by @forbesindia
Inside the grassroot coalitions that are taking on Amazon
'Philanthropists need to be humble': Azim Premji Foundation CEO