Floyd died after being handcuffed and pinned to the ground by an officer's knee, in an episode that was recorded on video by a bystander, inciting condemnation and protests 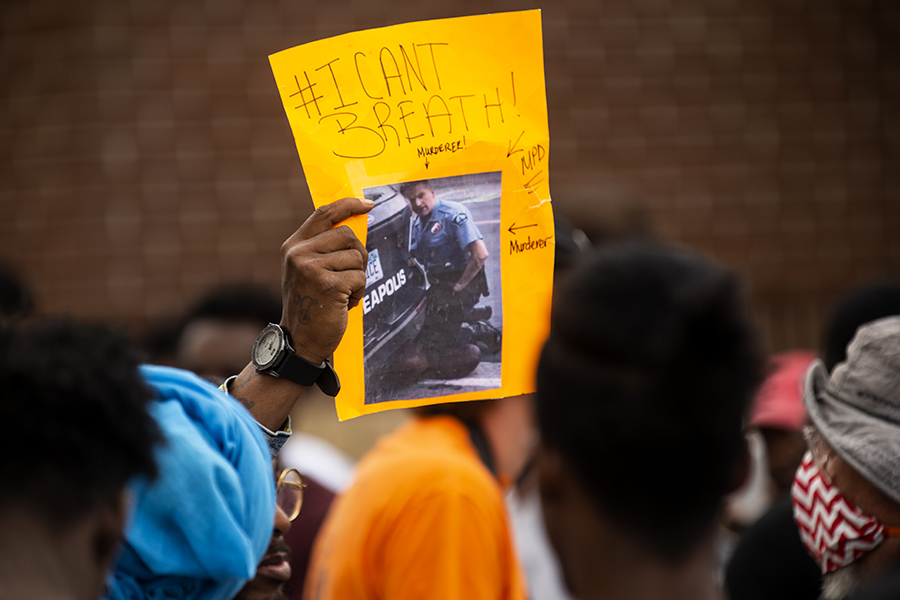 A protester holds a sign, showing an image from the video of George Floyd's arrest, outside the Third Precinct Police Station on May 27, 2020 in Minneapolis,Minnesota. Image: Stephen Maturen/Getty Images)