Digital services, which is growing much faster than the rest of the company, constituted 26.7 percent of total revenue at India's third-biggest software services provider at the end of March quarter 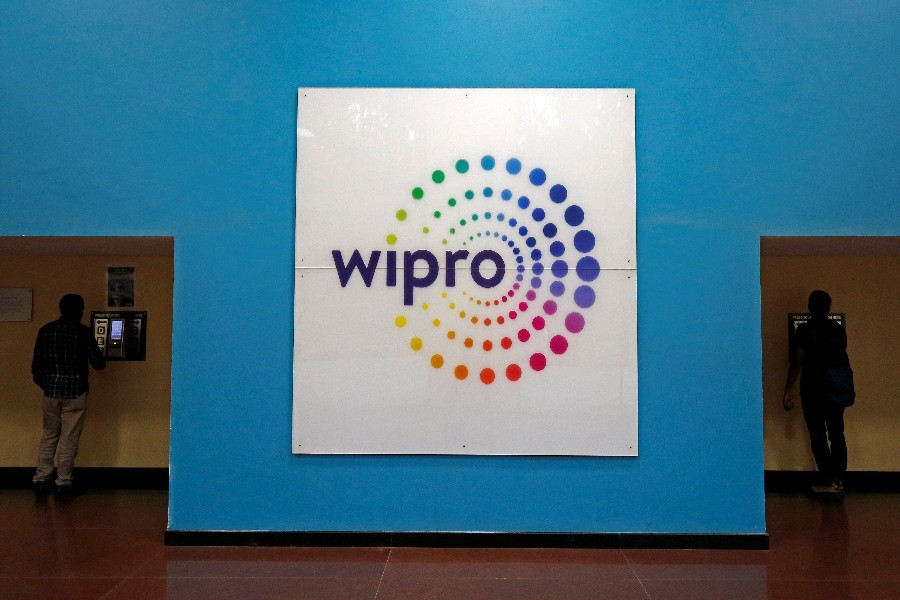 
Wipro chief executive Abidali Neemuchwala’s goal of matching the growth rates of the company’s top peers by the end of fiscal year just gone by didn’t fructify , as gains in the digital services area at India’s third-biggest software services company were marred by the baggage of its legacy outsourcing services in more than one vertical.
Not only did important verticals — representing about a third of the business — not fire on all cylinders, but the company was also beset by customer insolvencies, and “impairment” in an acquisition — meaning a permanent significant reduction in the value of that purchase. That acquisition will no longer be useful to Wipro, which didn’t give details when it announced its March quarter results on April 25.

Wipro has shed more by way of lost margins (See table) than any of its top peers from India since the fiscal year 2010 as billionaire founder Azim Premji sought to get the company back on track — once seen as home to Indian IT’s finest engineering and R&D services unit. Results have been mixed, at best, and Mumbai brokerage Reliance Securities pointed out after the latest results that Wipro will likely post its seventh consecutive year of single digit growth, this current fiscal year that started April 1.

Wipro’s digital services unit is making rapid gains, and the business — helping clients shift to the cloud, and building rapid solutions on the net for them to grow their own revenue — accounts for over a fourth of Wipro’s business today. However, the baggage of its established outsourcing services dragged it down more than anticipated, as its latest results showed.

During the year gone by, sales to clients in communications (6.4 percent of IT services revenue), healthcare and life sciences (14.1 percent) units fell 11.7 percent and 6.5 percent respectively over the previous year, and orders from clients in the energy, natural resources and utilities sector (12.9 percent) made nary a dent in Wipro’s growth. Profits fell.

Revenue from the IT services unit, which accounted for about 96.7 percent of all revenues for the fiscal year ended March 31, 2018, rose 4.6 percent. In comparison Infosys ended the year with 7.2 percent increase in revenue and 11.7 percent growth in net profits. Top-ranked Tata Consultancy Services grew by 8.6 percent.

Wipro needs to find ways of jettisoning its legacy baggage as quickly as needed, to unlock the full value of its digital investments. It’s recent sale of a clutch of data centres is an example of such steps — the sale added money to the kitty and cut away a business with little prospect of growth. More such streamlining is needed, and at a faster pace.

CEO Neemuchwala pointed out how well the digital services part was performing, in a conference with reporters, discussing earnings on April 25: “Our digital revenues grew 9 percent sequentially and 27.6 percent on a year-on-year basis in Q4 and now constitute 26.7 percent of our revenues. In Q4, we closed our highest bookings till date on digital deals and in the last one year, have won close to 70 deals (each) over $5 million.”

The drag from the legacy business, however, was high enough for Wipro to provide only a lacklustre projection for its current quarter revenues. IT services sales will likely be lower, at $2,015 million, or almost unchanged, at  $2,065 million, Wipro estimated, versus March quarter’s sales of $2,062 million.

The guidance is “un-enthusing,” wrote Reliance Securities analyst Harit Shah, in a note to clients on April 26. Even after taking into account that the June quarter is “seasonally weak” for Wipro, “the guidance implies loss of revenue momentum.”

“The poor start to FY19 is likely to ensure that the year will see the IT major recording its 7th successive year of single digit growth. This quarter, most IT firms that reported results posted good performance and/or gave a positive growth outlook, beating street expectations,” Shah said. “In this context, Wipro clearly trails and we expect it to take at least 2-3 quarters before the IT major can achieve industry-level growth.”