World Water Day: Why India should privatise its water utilities

Public utilities are hugely inefficient in delivering reliable and quality access to water for their cities, because of which, bottled water markets have grown tremendously in India 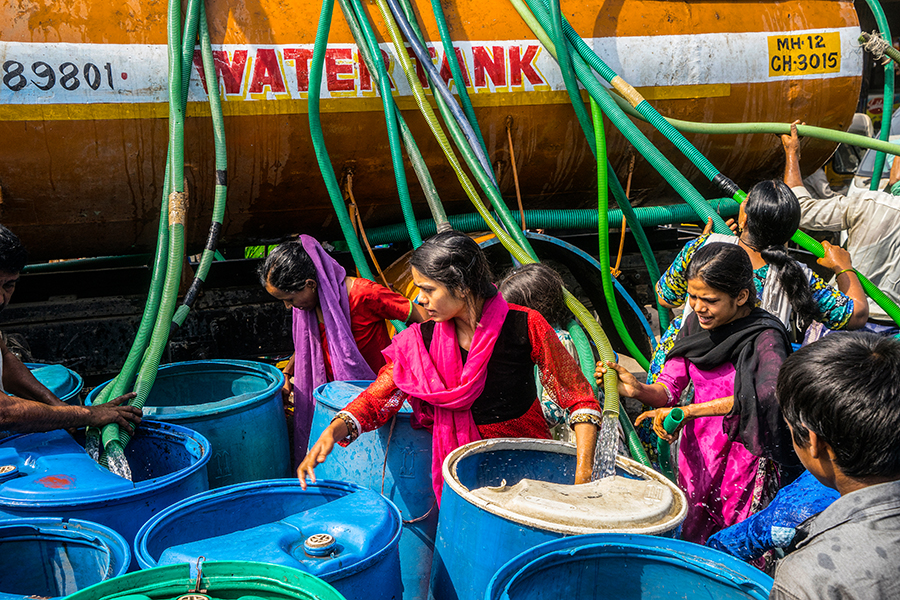 The theme of this year’s world water day is 'valuing water'. Water means different things to different people as it fulfils various needs—from cultural, to economic and social. There is a long and often polarised debate in understanding water as an economic good vs its social needs. Proponents of the idea profess that water has a social value, and it cannot be priced. They base their argument on it having life-supporting functions and therefore, cannot be priced. Water is a gift from mother nature and so it should come as a free resource with no cost at the point of supply.

Those who argue for water being an economic resource, place their disagreements around its competing and sometimes contrasting demands. These demands come from sectors such as domestic, agriculture and industry. Water is seen as an input into the production system and so like any other commodity, it should also have an economic value.

I argue that the truth lies somewhere in-between the two extreme positions. With an example of urban water supply in India, I present the business case for water utilities to be actively engaged in the management and distribution of water, especially in the urban Indian context.

Water inequity in urban India
The rate of urbanisation in India is considered slower compared to other countries. In 1901, only 11.4 percent of India was urbanised which has increased to 31.1 percent in 2011. World Bank data of 2019 shows that the rate of urbanisation has increased to 34.4 percent. This is expected to increase by 40 percent in 2030. In 2020, approximately 470 million people lived in 46 million-plus cities in India including megacities such as Mumbai, Delhi and Kolkata which has a population of over 10 million.

Krishna Malakar, a research scholar at IIT Bombay, together with her colleagues, had done an interesting study on inequity in water supply in Indian cities. Published in 2018, the paper quantifies the inequality in water supply and has some interesting facts to show. The data is based on the 2011 census. The analysis shows that amongst the 35 cities in India, Dhanbad has the lowest supply of 70 litres per capita per day (lpcd) while Pune has the highest of 238 lpcd. Amongst the 6 largest cities – Bangalore, Chennai, Delhi, Kolkata, Mumbai and Hyderabad, Chennai has the lowest water supply of 106 lpcd while Mumbai had the highest 268 lpcd. Out of the 35 cities, 16 get less than 135 lpcd of water which is the standard norm for urban water supply in India. In the inequality index of water supply, cities in the south have better equality than the western region which has unequal water supply within its set of cities. These disparities are attributed to the levels of water infrastructure, water governance and management and access to water resources for water supply in the cities.

When we look at intra-city water supply data, these disparities show a much wider malaise. A study of six megacities done by Shashi Kala Saroj et al of Jawaharlal Nehru University in 2020 confirms this. Based on the data of the India Human Development Survey conducted during 2004-05 and 2011-12, the study reveals that cities such as Kolkata, Hyderabad, and Chennai had poorly performed compared to Mumbai, Bangalore, and Delhi. Hyderabad had the lowest performance with almost half of its population had poorest access in 2011-12.

Privatisation of water: A case of England and New Delhi
The data shows that year after year, Indian cities do not show any sign of universal and 24X7 water access. The public utilities are hugely inefficient in delivering reliable and quality access to water for their cities. Due to this inefficiency, the bottled water markets have grown tremendously in India. It had a turnover of Rs 160 billion in 2018 and is expected to reach Rs 403.06 billion by 2023. These figures show that the water markets have penetrated the economy. There would be no one person in urban India who had not consumed bottled water in its lifetime, yet there are many who profoundly oppose the privatisation of water utility companies.

In 1989, the water industry was privatised in England and Wales. The conservative government led by Margret Thatcher had initially opposed it in 1984 and 1986. After winning the general election in 1987, water was privatised looking at the strong public opinion that favoured it. Before that, drinking water and sewerage services were considered a public health subject and its administration was in the hands of the government and managed by the water bureaucracy. The results were promising. Not only did water access improve, but also the water infrastructure, quality of water supply and its timelines increased. Apart from this, its rivers are cleaner, and city is sanitised. Today, England has not only universal access to water but also a 24X7 water supply that is potable. Water privatisation worked in England.

The Indian experiments to privatise water on similar lines met with lots of challenges. The Delhi case became infamous on account of lack of transparency in granting contracts to private parties including rent-seeking by senior technocrats. In 2002, Delhi Jal Board, the public utility commissioned a report to a consulting firm to study the model of public-private partnership (PPP) in improving service delivery in water supply in Delhi. It commissioned three pilot projects based on the PPP model that included outsourcing of meter reading and billing, privatisation of tanker water supply and the appointment of three special magistrates to deal with cases of water theft. The experiment backfired. The role of the World Bank was questioned by activists who found the water privatisation process, an attempt to increase tariff without improving water infrastructure and services. The NGO Parivartan was involved in filing several RTI applications leading to creating a movement against the process in which water privatisation was attempted in Delhi. Its then leader—Arvind Kejriwal is now the chief minister of Delhi.

The business incentive for water governance
There is a lot to learn from the two cases of privatisation of water utilities. Most of the attempts made in India did not bear fruits. Here I examine the areas where there could be a starting point. First, India’s history of being a socialist democracy has created a lack of overall trust in businesses. This perception is not limited to the water sector alone. This could also be right because, during the license and quota raj, the businesses could flourish only with the support of the political masters. Crony capitalism became the order of the day leading to a large-scale mistrust amongst the people on the means used in creating wealth.

Second, the leading social science education geared towards teaching Marxist theories that called businesses with dirty names. After liberalisation and when there was a fairer chance for businesses to grow in India, a larger ecosystem was developed where business was not a filthy word. The rise of Infosys, Wipro, HCL etc paved the way where the middle class benefitted from the rising economy and participated in its growth story.

Now that these mindsets are slowly diminishing, there could be business incentives for water distribution, management, and governance. The growing cities and their iniquitous water supply provide the ecosystem where private solutions could come in and build trust by honestly improving the services. The time for business to be actively involved in water supply has come.

Dr Anjal Prakash is the research director and adjunct associate professor, Bharti Institute of Public Policy, Indian School of Business. He is an IPCC author who was coordinating lead author of the special report on Oceans and Cryosphere, 2018, and lead author of the ongoing 6th Assessment report of IPCC focussing on urban resilience issues. The views expressed here are personal.

Tweets by @forbes_india
My eyes are on lifting the ODI World Cup: Mithali Raj
Reminder: How NOT to wear a mask