Would you bet on the Royal Baby?

On the Paddy Power betting website, more than $325,000 are hinged on a single unborn baby - taking guesses and putting money on the birth date, name and more

By Tiffany Tsu and Amie Tsang 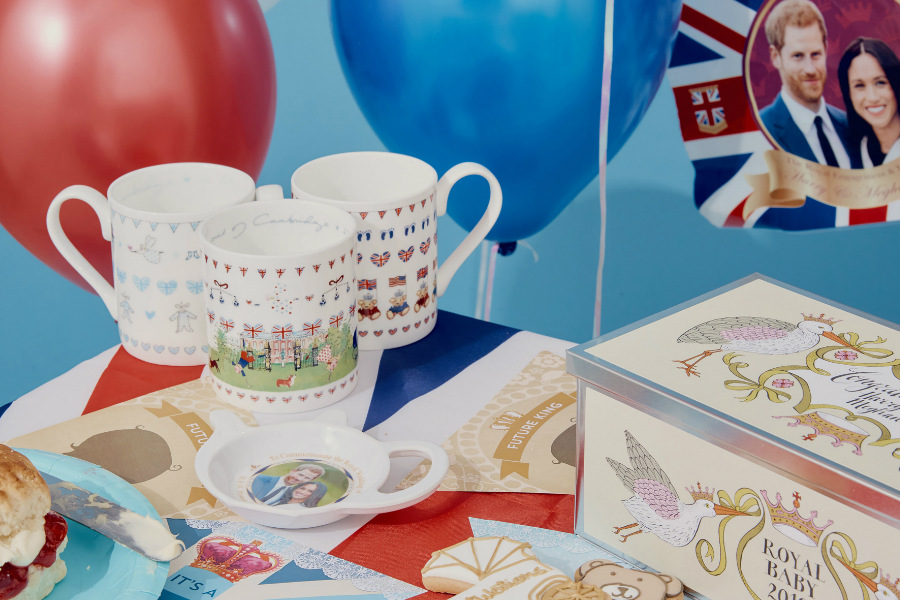 On the Paddy Power betting website, more than $325,000 hinged on a single unborn baby.

When will it arrive? What will its name be? The shortest odds were on (1) this week and (2) Diana.

But isn’t it kind of icky to put money down on a woman’s pregnancy? Even if that woman is Meghan Markle, arguably the most famous American in Britain and definitely the best-known actress turned duchess there? Even if the baby is a Royal Baby?

“The idea of tens of thousands of strangers voting on the sex of your unborn baby is frankly bizarre, but it’s part of the buildup to a royal birth and an acceptable part of the narrative,” said Katie Nicholl, who comments on the royals for a living and wrote a book titled “Harry and Meghan: Life, Loss, and Love.”

It’s also a chance to make a lot of money off a newborn.

Last year’s wedding of Prince Harry and Markle — now the Duke and Duchess of Sussex — was popular with gamblers.There were guesses about her dress (Givenchy), his beard (intact) and the weather (lovely).

But there are far more bets on Baby Sussex, who will be seventh in line to the throne. At the bookmaker William Hill, wagers are expected to reach $1.3 million. Another bookmaker, Boyle Sports, is taking bets on categories like the baby’s godparents and weight.

That’s more action than for each of the baby’s three royal cousins — the children ofCatherine, the Duchess of Cambridge, and Prince William, Harry’s brother — who are third through fifth in the succession lineup.

On the BookMaker.eu website, odds favor the baby’s being born in the morning on a Sunday, said Angus Hamilton, an entertainment specialist for the sports betting platform, who remembers similar wagers being placed when Princess Diana was pregnant.

The betting market for royal babies is not enormous, Hamilton said. On BookMaker.eu, there is less than $100,000 in related wagers, compared with the $1 million in bets that the Oscars sometimes draw on the day of the ceremony.

“It’s not college basketball or the Super Bowl, but it’s a bit of fun,” he said. “Royal babies are big news in the U.K., but people are excited about this one in particular.”

That’s why Tilletts, a jeweler in Norwich, is marking the birth by charging $5,500 for a jar of diaper rash cream. The lid is made of silver, engraved with the British and American flags and set with diamonds, inspired by “the sparkling warmth and charm of Meghan’s personality,” according to the company. 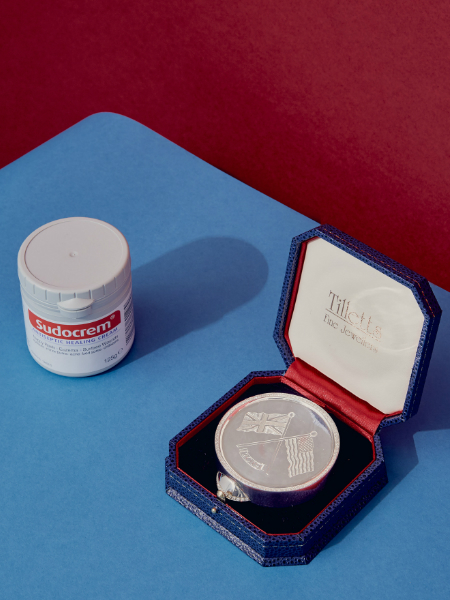 A jar of baby rash cream with a diamond-encrusted silver lid engraved with the flags of the United Kingdom and United States offered by the jeweler Tilletts for $5,500 to commemorate the birth of the baby expected by Meghan Markle and Prince Harry, in London, April 17, 2019. In Britain’s celebrity pregnancy economy, Markle’s unborn child is inspiring wagers, luxury cookie tins and royal-themed baby clothes. Image: Ben Quinton/The New York Times

The proceeds will be sent to Ickle Pickles, a charity that provides intensive care equipment for premature babies.

Baby Sussex is expected to be an economic stimulus for British pubs, restaurants, souvenir shops and museums, with an uptick in tourists, especially from the United States, said Richard Haigh, the managing director of Brand Finance, a consulting firm. Last year, it estimated that the Sussex wedding fueled $1.5 billion in spending.

Immediately after the birth, sales of memorabilia and other baby-related products could reach nearly $100 million in Britain and the rest of Europe, with some related spending in North America, according to the Center for Retail Research in Norwich.

Stores in Britain have already geared up for a boom in baby-related spending.

Biscuiteers, a London company specializing in iced cookies, is marking Baby Sussex’s birth with a luxury biscuit tin of decorated sweet treats featuring crowns and baby onesies that customers can buy for 45 pounds (about $59).

Sophie Allport, a British housewares brand, has designed a bone china mug adorned with American flags and Union Jacks. The baby’s name and date of birth will be applied to the inside rim of the mugs and delivered to customers after the birth. 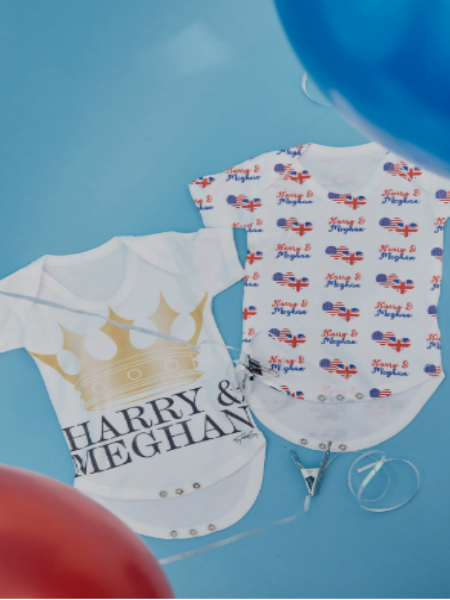 Not on the High Street, an online gifts retailer, is making the most of the regal fanfare by putting together a page of “Royal-Baby-Worthy” gifts that it says will have babies feeling “like royalty.”

Brands will also be keeping an eye out to see if Baby Sussex makes an appearance wearing their products, the kind of endorsement that can clear stores out of cute children’s cardigans.

“From the day the pregnancy is announced, we see an increasing flow of traffic to the website and noticeable demand and searches online for classic and vintage-inspired clothing,” said Pepa Gonzàlez, founder of Pepa & Co. Her company made the outfits worn by the pageboy and flower girl at the 2017 wedding of Pippa Middleton, the Duchess of Cambridge’s sister.

In the child’s first five years, the Center for Retail Research expects nearly $800 million in spending on Sussex-inspired children’s wear and infant products. In the first two years, more than $130 million of those purchases will stem from the United States.

The Sussexes have had a complicated relationship with public attention and have opted to shun the traditional photo opportunity after the birth. In the past, these first moments in the glare of the press have also given the makers of the dresses and shawls adorning the mother and baby unparalleled publicity on newspaper front pages.

But Markle will not be in seclusion. In the waning weeks of the pregnancy, the Sussexes started an Instagram account, which they used to ask well-wishers to donate to charities rather than send baby gifts. The account garnered a million followers in less than six hours, far faster than the previous record holders: Pope Francis and the K-pop star Kang Daniel, according to Guinness World Records.

Some fans will neither donate nor send a present. They will place wagers, and not just on Baby Sussex. Betting has already started on when other recently wed members of the royal family will announce pregnancies.

Gamblers can also try their luck on another royal family, a fictional one: the Starks of Winterfell, as featured on HBO. On several sports betting platforms, including William Hill’s, Bran Stark is the current favorite to win the Game of Thrones.