Author and innovation expert Jeffrey Baumgartner on anti-conventional thinking, and India as an interesting nation for creativity 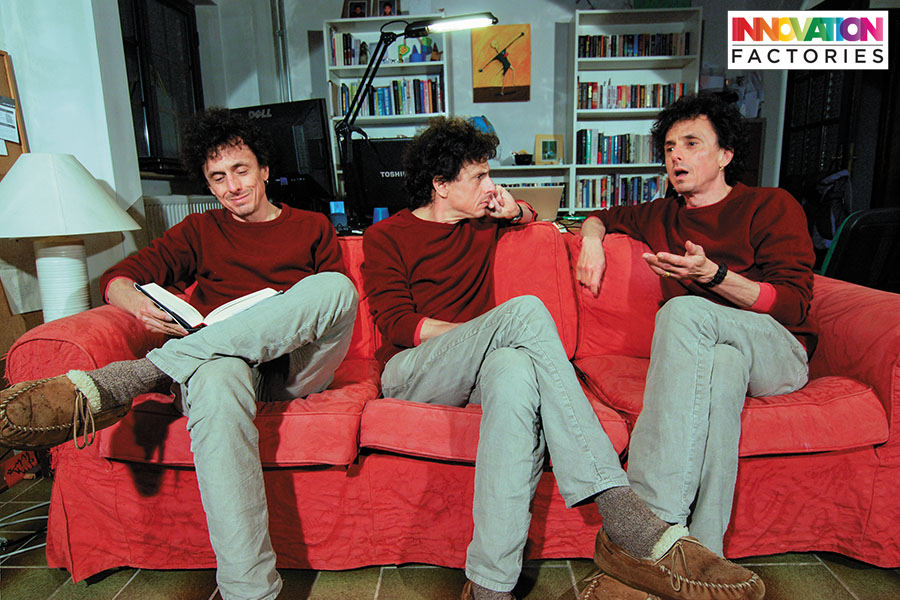 Innovation expert Jeffrey Baumgartner, 57, who, in the early half of the noughties, formulated and taught anti-conventional thinking as an alternative theory to brainstorming to boost creativity—through workshops and talks to corporates, businesses and NGOs across the globe—is busy writing his second, yet-untitled, sci-fi humour novel.

In a telephonic conversation with Forbes India from his home in Erps-Kwerps, Belgium, this one-time art student-turned-English teacher-turned-web and multimedia entrepreneur-turned innovation speaker discussed the need to have a mentor and listen to people who know the business.  And about how technology giants like Amazon, Apple, Google, Facebook and Uber dominate driving solutions by buying out, in some cases, creative ideas from entrepreneurs. Edited excerpts:

Q. What was the genesis of the anti-conventional theory?
I was working on brainstorming solutions and had built a software product towards creative problem solving. This was in 2010 after writing several blogs on business innovation [since 2004] and years after setting up JPB Creative, a multimedia development company in Bangkok in the mid-1990s. Initially, I was obsessed with coming up with new ideas, but realised that capturing them was only an administrative task. I met innovation managers who said they were disappointed with the results from brainstorming sessions with corporates, which they had commissioned.

Research shows that brainstorming is an over-70-year-old process based on assumptions in advertising credited to Alex Osborne. Social psychologists and economists have found that most of them failed. Brainstorming, one will realise, is a great way to produce several mediocre ideas, but not great creative ideas. In 2011, I tried to structure this into a more creative process, calling it anti-conventional thinking (ACT). [While there is no critical evaluation of ideas during brainstorming, ACT aims to build a single creative vision by meditating, questioning the theory and one’s emotions towards it].
I continued to refine it through workshops over 5-6 years.

Q. How has ACT been validated? Are corporates or businessmen using it to drive creative solutions?
It would be difficult to say that as I was not a consultant hired by companies. But some creative solutions have been arrived at by using the theory. In one case, in 2013-14, a Middle-Eastern government was tacking the problem of obesity in its country by encouraging people to eat better.

During our ACT sessions, we realised that due to the climate, people stayed indoors, invited friends over and ate lavishly. Their maids and cooks were cheap labour from the Philippines, Bangladesh and India. While being good cooks, they knew little about nutrition. So the government worked with the local population to educate foreign cooks on how to cook healthier meals.

In another instance of unconventional thinking—there was no direct intervention from me—in 2016, an airline found that passengers often complained about long waits at the airport carousel for their baggage. Since they could not speed up the carousel process, they made the process of getting off the airplane and reaching the carousel slower. So by the time people reached the carousel, their baggage was already there.

Q. In businesses dominated by tech giants, is creative thinking and innovation falling off?
We are going through a period of low-level creativity, so problems are being solved with new ideas and improving existing products and systems. In the world of Apple, Facebook, Amazon, Google and Uber, there are individuals with creative and innovative solutions, but these ideas are often bought out by larger companies.

These companies are focussed on their existing products and vision, but that does stifle the individual ideas of young entrepreneurs, which once made Silicon Valley so dynamic. The high-level creative thinking has not been so there over the past few years.

Q. What’s your advice to young entrepreneurs in search of creative thinking?
Working in Bangkok, I did not listen to those who knew more about the business than me. Sometimes, who you know is more important than what you know. You may have a great creative idea, but you may not know people who could help you with it. So one should seek out a mentor. Post the internet revolution, I launched a company which was into web development. It was successful initially until 1998 when the Thai baht collapsed. The learning was that when economies go weak, companies tend to dump any new idea.

Q. What was your experience of interacting with Indian entrepreneurs?
India and China will continue to be interesting nations for creativity and innovation due to rapid economic growth. But I am worried about two potential issues: There is too much government regulation for businesses and startups, which makes it hard for young entrepreneurs who have creative ideas, but little idea of bureaucracy. Secondly, while the IITs are of global standard, the opportunities need to improve in the hinterland.

Q. Which projects are keeping you occupied?
ACT is reasonably robust now and I have taken it as far as I wanted to. I am writing my second fictional book, a sci-fi humour novel, which has the same characters from my previous novel, The Insane Journey. Next month, I will be in Sweden for an ACT workshop...I still do about four talks a year.

Tweets by @forbesindia
Would you bet on the Royal Baby?
A history of violence in Sri Lanka