Yes, India's economy is growing, but can you trust the data?

Official data shows the economy expanding 7% to 8% a year, but changes in India's statistical processes, particularly tracking whether jobs were created or lost under Modi, have prompted allegations of political interference and questions about data quality 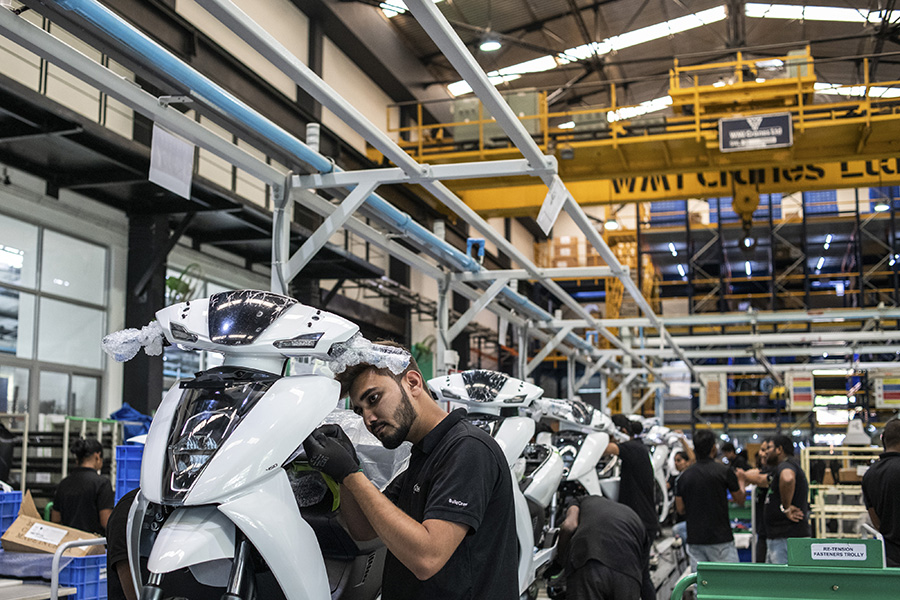 NEW DELHI — Prime Minister Narendra Modi of India won re-election last week with what seemed to be rousing support for his market-oriented economic policies — yet few in India can agree on just how much growth or unemployment occurred in his first term.

The Indian government’s official data shows the economy expanding 7% to 8% a year, rivaling or exceeding China since he took office in 2014. But changes in India’s statistical processes, particularly tracking whether jobs were created or lost under Modi, have prompted allegations of political interference and questions about data quality.

A new national employment survey was scheduled for release early last year and was to be used to reassess economic growth but has been delayed repeatedly, prompting two senior government statisticians to resign in January. Some of its data was leaked to the Business Standard, an Indian newspaper, showing unemployment at 6.1%, more than double previous reports. Labor Ministry surveys from 2011 through 2016 had the jobless rate below 3%.

The big question is: Whose data do you trust?

Some economists, particularly in academia, are deeply suspicious of the government’s statistics. “They have politicized this whole data-collection process,” said Jayati Ghosh, an economist at Jawaharlal Nehru University in New Delhi. “Nobody believes the numbers anymore.”

At the heart of the debate is a change in statistical methodology that actually has little to do with current politics. The change was approved by Modi’s predecessor, then Prime Minister Manmohan Singh, with strong support from multilateral institutions including the United Nations and International Monetary Fund, which endorsed it as a modernization.

Countries around the world, including the United States, once used versions of that approach, although industrialized countries mostly abandoned it over the past several decades. But growth statistics produced by this method are highly dependent on the price estimates. For example, if you are counting cars, you could miss the economic growth that occurs as manufacturers charge more for their cars when they add fancier engines or leather seats.

The new method — which India has embraced — relies on financial data reported to the government. The financial results of 900,000 companies incorporated in India are assessed to gauge the country’s total economic activity. India is one of the first developing countries to adopt this method.

But small businesses abound in India and until the past couple of years, they operated almost entirely on cash. This so-called informal economy, including agriculture, represents nearly half of India’s economic output. The new statistical method assumes that the informal economy will go up and down in parallel to the incorporated companies.

Most of the time, that is a fair assumption, said Pronab Sen, a longtime civil servant who oversaw India’s economic statistics and the introduction of the new system before retiring in 2016. But small businesses were less able to cope with some big structural changes of the Modi years, he said.

“Corporate India is doing very well,” Sen said at his home in southwestern New Delhi. “Noncorporate India, which accounts for about 45% of the economy, is not.”

Seven months later, in summer 2017, a single value-added tax was introduced, partly to better monitor taxable revenue. The new tax replaced a labyrinth of 17 state and national taxes, and considerably curtailed widespread bribery between businesses and tax collectors. Big businesses could afford to hire specialists to cope with the change and the government’s buggy software. Small businesses struggled, and are still struggling, to adjust.

Government economic statistics have not measured the divergence between how small and large businesses were affected by the reforms. The Modi campaign ran partly on its efforts to free businesses from red tape but it provided no data from the past two years on joblessness, a key indicator of the informal sector’s health.

Disputes over India’s data prompted rancor, including complaints from 108 economists and social scientists who signed a letter in March that contended the Modi government was silencing bad news. “In fact, any statistics that cast an iota of doubt on the achievement of the government seem to get revised or suppressed on the basis of some questionable ideology,” the letter said.

Modi’s economic policy commission has insisted that the unemployment survey data — which remains unpublished — needs further review. Amitabh Kant, the commission’s chief executive and one of Modi’s top appointees, said that “India is creating a lot of jobs, but India is not creating quality jobs.”

News reports that unemployment may have doubled, as the Business Standard account indicated, have inflamed the debate. Some business allies of Modi have taken to questioning how unemployment is even recorded.

“We are foolishly chasing the myth of jobs,” said Shailesh Haribhakti, a Mumbai accountant and financier who is on the boards of 16 companies. “The world has moved on from the previous direction of putting people to work from 9 to 5 and paying them a monthly salary.”

Sen, the retired civil servant, said he believed that workers who are paid directly for individual jobs, like Uber drivers, are being properly counted. The most likely explanation for the reported leap in unemployment, he said, is that many small businesses are still recovering from the currency overhaul of two years ago.

What is the true rate of economic growth now? Sen said that he would not even hazard a guess.