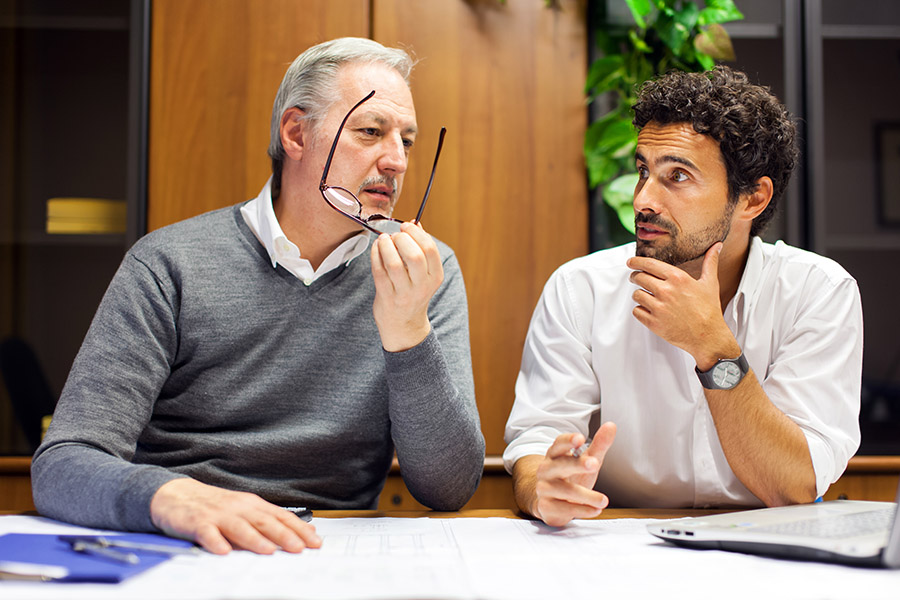 Image: Shutterstock (Image is for illustrative purpose only)
Jalaj Dani, a third generation family member, resigned from Asian Paints on 18th April, 2017, after spending 18 years at the company. He is now planning to set up his own business. He was President - Human Resources, Supply Chain and Chemicals, and was one of the members of the founding families. Dani was the public face of the company, having contributed to its success.There are reports that his position could have been the end of the line for him, since the Asian Paints families have an agreement to appoint a non-family professional for the top position of managing director. This was a unique case where a qualified family member was forced to leave a family-run company because there was no scope for him to occupy the top position!
Asian Paints is the market leader of paints in India (market cap $150 billion, revenues $2.5 billion for the year-ended March 2016). It was founded in 1942, and today has three of the four founding families holding about 47% of the company after the exit of one family in 1997. The three families are represented on the board.

Should the family be in business?
There are plenty of examples of Indian families’ next-gen not joining the family business. There is enough research to show that second generation-led family businesses do not do as well as professionally-led companies. So the question arises, whether family members should be in the business in the first place. What does the family contribute to the business? Traditionally, families provide the patient capital, long term orientation, stability, and assurance to the external stakeholders that the business will adhere to the values that the family stands for. All these factors add a great deal of comfort to those dealing with the family firms. This is especially true in those environments where institutions are absent, or are not yet trustworthy as in developing countries with weak rule of law. Earlier research by Khanna and Palepu has shown that family businesses have often stepped in to fill these institutional voids. Additionally, well-established families have also contributed to the well-being of the communities that they operated in, to provide philanthropic benefits. Hence, there is a significant role for the family in businesses.

Another case would be when the business is already doing well and the additional family members may not add value to it. This would help the longevity of the family firm, if it is already well run and there is a professional management in place. There is often pressure on the family to include the next-gen into the business but this should be resisted.
The other case for not joining is when the family member is not qualified. I have had many debates from the patriarchs who insist that the business exists for the family members, but in the aforementioned case, it usually results in the business collapsing, with the family reduced to being mere spectators. This is the reason some families today have laid down qualifying conditions for entry of the next-gen members, which includes education and professional employment outside the family firm. It's upto the family to decide the rules and induct the members based on capabilities and talent, rather than just by birth. Defining these parameters earlier would avoid any conflicts later.There are also examples of family members who choose not to join the family business, and follow their interests, funded by the dividends from the cash-generating professionally-managed family firm.
When Should a family member leave the family business?
This is perhaps the toughest decision to make. Most founders would probably feel, never. But there is a strong case to induct fresh thinking to take the businesses to the next level. New management would bring new ideas, energies and thoughts which could be invaluable for the company to face the newer challenges.

A family business founder eloquently explained his stepping down by saying: “When you realise that there is someone else who can run the business better than you can, then it is time to step down and hand over the business to him to run”.

The old guard stepping down also signals a time for change and renewal to the organisation. This would help the company face the newer challenges, which the old management may not have been best-equipped to tackle. Having an active board, comprising of independent experienced people, including family members, who can fix and implement limits of age or tenure for key operational roles would help. This is perhaps the most difficult step of all.

To conclude, family-managed businesses today face the ever-existing conflict between considering the interests of the family against the interests of the business. Though family members play an important role in ensuring that the businesses espouse the values and direction set by the founding family, they also need to realise that their abilities can only take the business so far. There comes a time when they would have to step down in favour of professionals to run the business. Sometimes the best contribution a family can make, is to not get operationally involved in the business at all. The business has to survive, and that offers the best chance for the success of the family. This is often forgotten by most families. By stepping down in spite of a stellar track record, and leaving a professionally-run successful firm for professionals to take forward, Jalaj Dani has kept the interests of the company first. He may have sacrificed his own interests over the family's best interests, and in doing so, exhibited a rare maturity that family business families worldwide can perhaps learn from.

Tweets by @forbesindia
Upstart start-ups and agile disruptors - and what to do about them
Focus on small steps first, then shift to the larger goal