Working across genres can dilute your brand 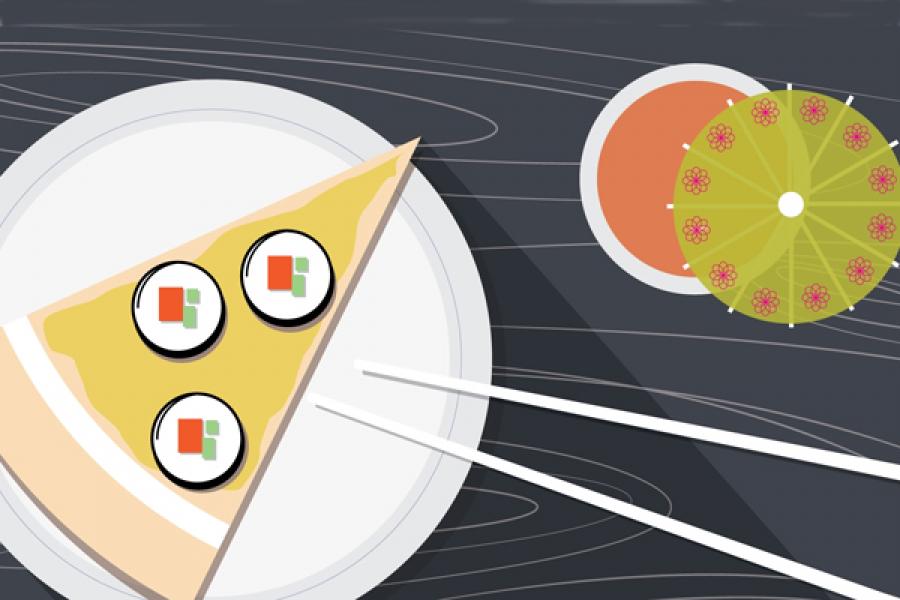 Imagine you’re picking a place for dinner, and you stumble upon a restaurant that advertises itself as Indian-Japanese-Mexican fusion. You’re thinking: Saag paneer sushi with poblano sauce? Confused and doubtful, you keep on searching.

That’s the problem with working across genres. People are uncomfortable with entities that they have difficulty categorizing and, therefore, understanding, says Michael Hannan, the StrataCom Professor of Management, Emeritus, at Stanford GSB.

His research and more like it in the field suggest that if you want a quicker and easier route to success — with your personal brand, a product, or your company — you are better off placing it squarely in one category or genre.

If you cross boundaries, it will be harder for people to grasp who you are or what you’re doing. “It takes a lot of cognitive effort to try to understand what’s going on there,” says Hannan. “Humans don’t like cognitive effort.”

Working across genres also risks what is known as the jack-of-all trades problem: It is more difficult to acquire skills across boundaries. And even in the rare cases where someone does achieve a high level of mastery in several areas, a genuine polymath, people have a hard time believing that he or she has acquired the skills.

Along with Balázs Kovács of Yale University, Hannan authored research that establishes more precise and nuanced ways to measure people’s discomfort with what the researchers call “spanners,” or cross-genre entities. Among other things, the researchers found people are more uncomfortable with spanners who cross genres that are far apart in cognitive space. So a romantic comedy works well; a romantic horror film, not so much.

“Some categories are quite similar to each other, and combining those might not be nearly so problematic, like an Italian-French restaurant,” Hannan says.

To develop the new methodology to measure people’s responses, the researchers did two studies. They analyzed Yelp reviews posted between October 2004 and September 2011. The sample contains 767,268 reviews written by 59,473 reviewers about 3,976 producers; the restaurants were in 78 categories. The key innovation was measuring distances among genres and creating measures of ambiguity based on the number of genres applied to an entity and the distances among them.

The conclusion: At the “cheap” level, consumers appear to value a broad categorical niche, consistent with the popularity of “food courts” in many takeaway food venues. However, as the stakes rise, consumers place more value on genre focus.

The researchers also looked at book reviews on goodreads.com, downloading 650,594 reviews posted by 111,185 reviewers in February and March 2010. “According to these results, books that hew to genre conventions and eschew themes associated with other genres, especially crisp ones, have higher appeal to this general audience. Net of these effects, books that get associated with many dissimilar genres fail to appeal,” the researchers wrote.

This latest research backs up previous studies, which have found:

That’s not to say you should never cross boundaries, Hannan says. Sometimes there might be synergies that are worth the loss in valuation that occurs in the eyes of the public or other people.

It is also possible to change people’s thinking somewhat, Hannan says. If you can entice someone to engage with you in a deeper, analytical way, crossing boundaries might be seen as a positive. A person who rejected a book because it crossed genres but was then asked to write an essay about it for class could become the book’s strongest promoter.

“You can tend to overcome the issue we’ve been talking about,” Hannan says. “If you pay close attention and understand the artistic vision, you might end up liking it.”

You can also learn to position yourself differently at different points in a buyer’s decision-making process. If you are bidding for a project, it may serve you well to pitch a narrow, simple message at the beginning, based on your strongest skill set and identity. If you’re among the three finalists for a job, identifying yourself at that point as a jack-of-several-trades could help.

And it is possible, too, for genres to change over time, as more people try to combine them. At some point, Hannan notes, romance and comedy were separate genres.