The Indian startups scene might have started out in the ecommerce space, but companies are now moving on to the next phase 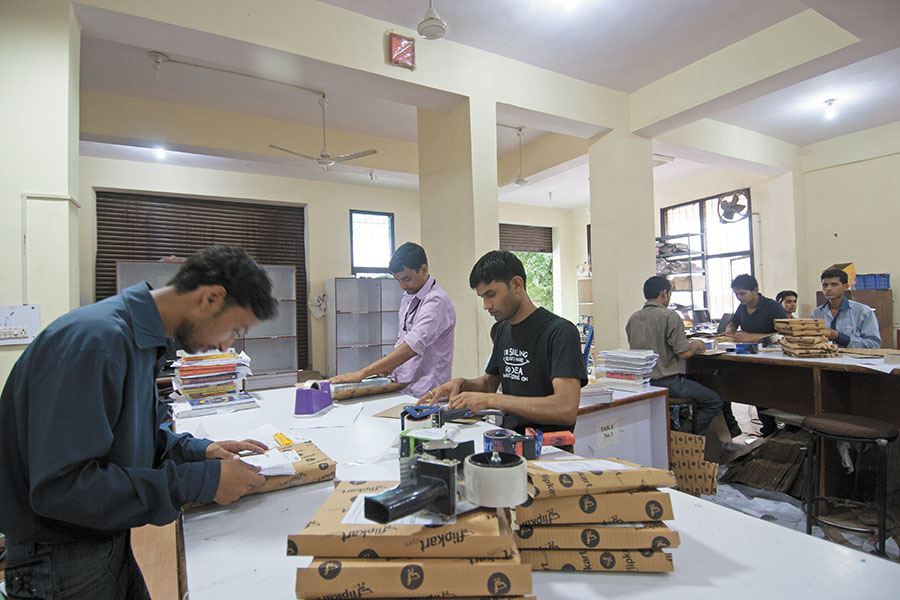 Ecommerce giant Flipkart began operations in 2007. In less than a decade, in May 2017, it was valued at $11.6 billion
Image: Amit Verma

When it comes to startups, almost everyone likes to talk about valuations. Flipkart was started in 2007 and in less than a decade, in May 2017, it was valued at $11.6 billion. To put things in perspective, Tata Steel in May 2017 was valued at $7 billion. There is no reason to be surprised as these numbers are just a reflection of what is happening in the developed world, where technology has become dominant and these businesses are expected to grow at a fast pace. In February 2017, Uber was valued at $70 billion, which was $12 billion higher than General Motors (GM). What had taken GM nearly 110 years took Uber less than six to achieve!
It’s these valuation numbers that attract most young people to the startup world, a world that, in India, has been the world of digital commerce. (Before ecommerce, the startup culture in India was associated mostly with software companies looking for labour arbitrage and BPO opportunities.)

In 2016, the digital commerce market stood at Rs 2.11 lakh crore. Around 36 percent of the market is dominated by online travel and only 18 percent belongs to etailing. However, the mindshare of etailing is higher because it comprises companies that spend a large amount of their funds on advertising and marketing, thus taking up a disproportionately high share in terms of news. However, given the intense competition in the sector and to create visibility in new sub-categories, OTA (online travel agents) players, too, have upped the ante on marketing, something they didn’t have to do initially as the lion’s share of marketing spend was done by the airlines themselves.

The ecommerce sector is going through a lot of change. Two years ago, it would have been difficult to imagine that only two companies would dominate the Indian e-retailing space. Through consolidation, Amazon and Flipkart dominate the ecommerce sector in the Indian market today. Similar consolidations might be replicated in other categories like classifieds, OTAs or even in the fast-growing fintech space.

Flipkart owes a lot to OTA players; the latter’s success, to a large extent, convinced users that it was safe to transact online, and made the Bansals [Sachin and Binny, Flipkart co-founders] confident that people were ready to pay online for a product. The OTAs, in turn, got a boost after IRCTC persuaded millions of users that online bookings were safe and credible. It was this, along with the advent of low-cost airlines, which gave birth to MakeMyTrip, and later to Cleartrip and Yatra, among others. redBus took online ticketing to bus travel. While MakeMyTrip had an early-mover advantage, Cleartrip has been rapidly growing its market share. Lately, OTAs have also moved into new sub-categories like hotel bookings and holiday packages. While the domestic ticketing business is big for these companies, over the years, the international travel segment will also make its presence felt.

In recent years, partly due to business imperatives and partly owing to legislation, players like Flipkart and Snapdeal have moved to a marketplace model. Snapdeal, in 2012, came up with a coupon business that was modelled on Groupon; later it adopted a marketplace model.

The classifieds model is interesting, too. eBay has been a big player in this segment. Later, OLX and Quikr ventured into the business. Quikr was set up as an eBay subsidiary. Later, Matrix Partners India invested in the company and re-branded it as Quikr. Today, eBay, along with Tencent, has invested into Flipkart, which has acquired eBay India. While eBay India as we knew it may no longer exist, the fact is that eBay worldwide now has a strong footing in one of the two largest ecommerce players in India—Flipkart.

Globally, in the last five years, over 2,000 deals amounting to $30 billion have been made in the ecommerce space. Funding for similar startups has gone up by 136 percent during that period. India experienced similar patterns. Between 2010 and 2015, Flipkart ranked No 1 in the world in terms of funds raised, higher than any company in China. Between 2010 and 2013, 53 Indian ecommerce companies received funds. Of these, only ten were able to move beyond series B funding. Very few moved to series D funding.

There are some who say that the Indian ecommerce space has matured and the consolidations that had to happen have happened. Some others say we haven’t even seen the beginning of consolidations yet. Whichever is true, the future promises to be interesting.

These companies are now vying to garner market share by predicting customer behaviour through sophisticated analytics. SaaS (Software as a service) is evolving as an interesting area—in India, close to 50 companies have been funded in this space over the past couple of years. Today, the big opportunities belong to players in big data, Artificial Intelligence (AI), machine learning and Internet of Things (IoT). Investors are now looking for companies that are, at their core, dealing with AI and machine learning across an array of applications and use cases. It’s these companies that will get significant investment mindshare.

AI is an area that is not as well understood as the mainstream ecommerce business. Even today, a large number of companies who purportedly work in the AI space are not actually entities that have developed their AI tools from scratch, but have simply integrated APIs with other such companies.

But even as AI is being understood, 3D printing is drawing a lot of interest from investors and customers. Today, you can lay a road in a few hours using this technology. Buildings have been constructed using 3D printing. In time, this is going to change how we do things, including how we make purchases and live. There are implications for construction, health care and even fashion. One might even witness human organs getting 3D printed. A day might come when this could positively impact lives of people waiting for heart transplants. No more waiting in queue for the next heart donor. You could scan your body measurements and order custom-designed apparel or footwear sitting in your house. And then print the same on a 3D printer.

So the next decade is going to be even more exciting. Uber, OLX, Flipkart, Zomato and others changed the way we did things. Things that seemed like fantasies are now almost passé as we get used to the new way of doing things. The future will bring more changes and some things that are in the making in the realm of AI and machine learning might today look like something out of a sci-fi flick, but may be a reality tomorrow. A reality that heralds the promise of a change we may not even have fathomed as yet.

—As told to Pravin Palande

(The writers are authors of the recently released book Click!—The Amazing Story of India’s E-Commerce Boom and Where It’s Headed)