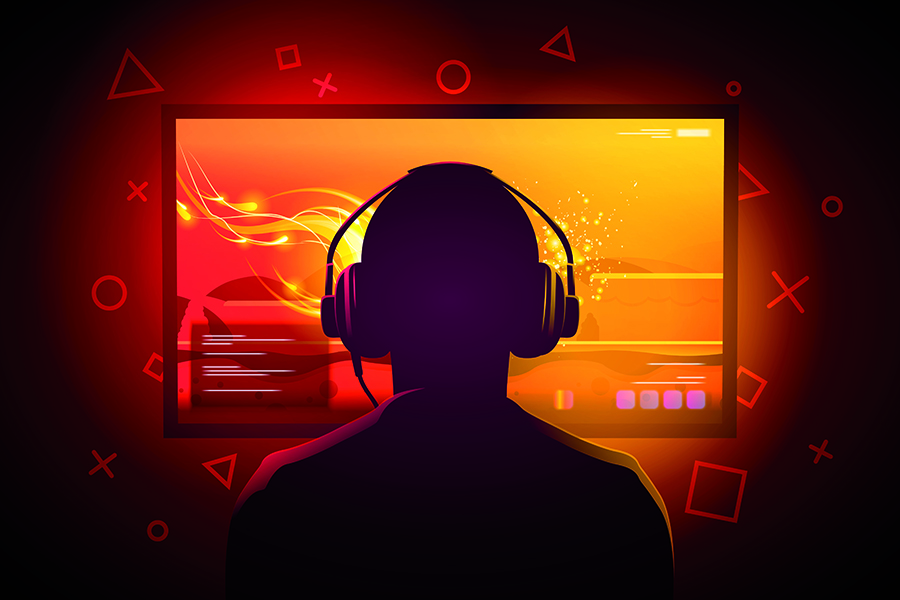 The growth of global brands in India is not limited to gaming companies only. International brands in the business of gaming peripherals like joysticks, gamepads, gaming keywords, chairs, wireless gaming devices and others are also taking India seriously, thanks to the increasing number of gamers in the country. Image: Shutterstock

As the Indian gaming market matures both from a demand and supply perspective, global brands that set shop in India are working on a detailed roadmap for the market. From introducing Indian characters in their games, to designing market specific campaigns and amplifying mergers and acquisitions-the focus on India is stronger than ever before.

Alongside being home to successful gaming companies, India is fast becoming one of the most important markets for global players.

Just a couple of months back, Riot Games introduced their first Indian agent, Agent Harbor, aka Varun Batra for Valorant. In an outdoor campaign following the launch, they also unveiled a 8,400 sq ft long mural art and over fifteen billboards spread across the country to celebrate the success of its first desi agent.

“Hyper localization is a key component in our player-focused mission and keeping that in mind, we recently introduced a new map in our latest VALORANT episode, Lotus. The location and the design of the map has been inspired from traditional Indian stepwells, rock-cut architecture and Dravidian style structures,” Gupta added.

A recent report by Lumikai Investment Advisors says that India’s gaming market hit $2.6 billion in FY22 and is projected to reach $8.6 billion in FY27. At 17%, the country had the highest share of game downloads globally in the year gone by. Naturally, global brands with Indian outfits are strengthening their presence in the country. For most of these brands, one of the key ways to gain a foothold in the country is by partnering with homegrown companies in the space.

Riot Games for instance for their desi character launch initiative tied up with a host of gaming and esports companies and teams in India. Orangutan is one of them.

“Every company entering the Indian market is creating a splash with their India specific roadmap. Local brands are helping them in amplifying their initiatives. We are also helping ancillary brands in the business to launch in India and capture the growing market with the help of our local networks and resources,” says Jai Shah, Co-Founder at Orangutan.Also read: Deltatech Gaming CEO Shivanandan Pare: More skilled women playing Poker on platform, expect a 70:30 men to women ratio soon

Partnership initiatives are mostly in the form of joint campaigns, launches or strategic investments.

KRAFTON, Inc for instance has invested over $100 million in the Indian market across fields of interactive entertainment, gaming, Esports platforms, technology, and other community platforms. Some of these companies are NODWIN, Loco from the gaming ecosystem, Partilipi and KukuFM on ideas and content, and other companies such as Nautilus Mobile and LILA Games that are game developers.

We will continue to foster the development of the Indian gaming industry by strategically investing in India’s IT and media ecosystem and creating employment effects,” he added.

Marketers across categories can hardly ignore the 507 million Indian gamers in the country.

The growth of global brands in India is not limited to gaming companies only. International brands in the business of gaming peripherals like joysticks, gamepads, gaming keywords, chairs, wireless gaming devices and others are also taking India seriously. Thanks to the increasing number of gamers in the country.

Companies like Razer Inc, AMD, Corsair and many other international brands have a strong foothold in India. One of the recent additions is Canadian brand, Cybeart that recently launched India in October 2022.Also read: Move over OTT, gaming is the new advertising hotspot for brands

To increase visibility, reach and recall they sponsored esports teams such as Orangutan and Revenant and will be venturing into sports IPs soon.

The company is spending heavily in influencer marketing and also tweaked their launch strategy as compared to their Canada and Middle East launches. Alongside launching with their original collection they also put together a special edition of vintage chairs to suit the Indian clientele's taste.

“For customer acquisition acquisition, we are offering 0% - 6-month financing and other tactics such as cash backs. Overall, we have to spend money to acquire our customers, but despite the price point, we have seen a double-digit consumer return rate,” says Krutik Patel, Founder & CEO, Cybeart.

While there is an affordable range too, Cybeart gaming chains can go up to Rs 42,000.

The last two years put the Indian gaming industry on the global investor’s itinerary. Lumikai reports say, funding in 2022 was up 380% as compared to 2019 and up 23% against that in 2020 with Indian gaming companies raising a total of $2.8 billion in the last 5 years.

Alongside fundings, there were M&A deals signed too. Sweden's MTG acquiring Karnataka based Indian PlaySimple Games for $360 million is one such example. Then there was QYOU Media Inc acquiring a majority ownership stake in Maxamtech Digital Ventures. While the purchase price has not been disclosed, the company has announced their target of complete takeover in the coming quarters.

Tweets by @forbesindia
Take 5: Learn to love networking (or at least tolerate it)
Budget 2023: Will government cut tax to spur growth in FY24?