Take 5: Learn to love networking (or at least tolerate it) 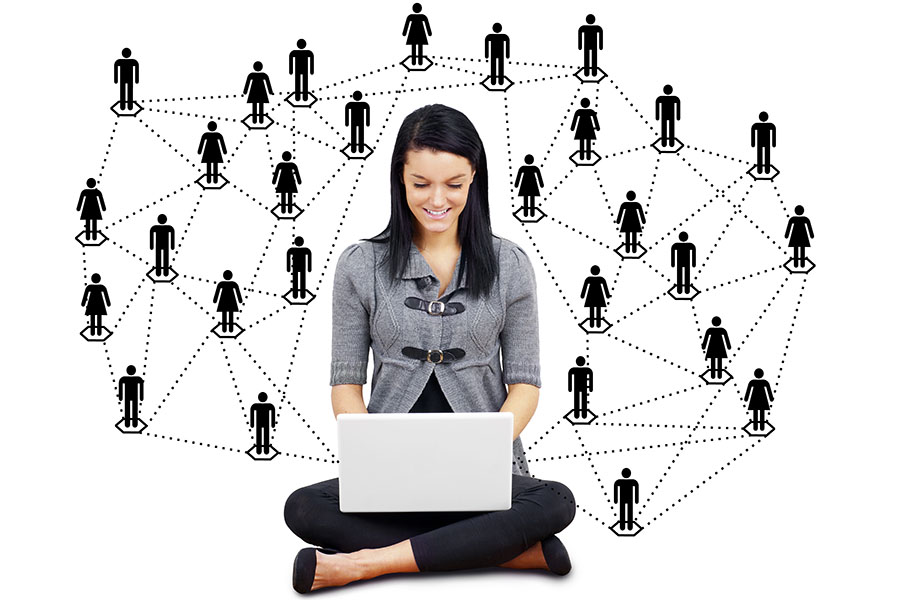 The lens through which people view their networking can alter how they feel about it Image: Shutterstock

We tend to have a range of reactions to the prospect of networking. Some of us love making connections and sharing information with new people. Some of us dread the awkward introductions and small talk.

And though we have probably all heard that networking is important to our career, these different attitudes mean we approach it differently. Below, our faculty discuss several social and psychological factors involved in networking—so you can assess your own approach and change it if you need to.

Maryam Kouchaki, an associate professor of management and organizations, is interested in the ick factor that many of us feel while networking. She and coauthors explored where that feeling comes from and found that networking can make people feel morally impure.

How does the aversion to networking that some people feel affect their professional careers? The researchers asked a group of lawyers about their personal-networking patterns and found that lawyers who felt dirtier after networking tended to do it less often—and had fewer billable hours.

2. How to Get Over an Aversion to Networking

Given networking’s importance to many careers, Kouchaki’s findings raises an interesting question: Can anything be done to combat this feeling of impurity? In another paper, Kouchaki and the same colleagues examined how the lens through which people view their networking can alter how they feel about it.

“We wanted to know what determines whether people feel guilty or not, and what we can do to help people get over this discomfort,” she says.

Across several studies, they found that the more people viewed networking as a way of achieving a goal (as opposed to a way of preventing negative professional consequences), the less troubled by networking they felt, and the more likely they were to actually do it.

“Think about networking as an opportunity rather than a burden,” Kouchaki advises. “That’s the biggest hurdle you need to overcome.”

Also read: Why are some people more reluctant to network than others?

3. Who Else Dislikes Networking?

Kouchaki’s studies reveal one group of people with a particular aversion to networking—those who see it as a burden. But other groups have their own reasons for disliking networking.

A study by the late Ned Smith, who was an associate professor of management and organizations, looked at why seasoned professionals seem to be more comfortable actively reaching out to their networks than their more junior colleagues. After all, junior professionals often stand to gain the most from networking, so they’re doing themselves no favors if they’re networking-averse.

Smith and Cao explored why this is the case. First, they confirmed that higher-status people have larger networks and are more likely to work to broaden those networks. But, critically, they found that the differences between low- and high-status individuals actually hinged on something else: whether people considered status to be an indicator of quality. When people attributed their own high status to their talent and hard work, they were particularly eager to network because they were confident they had value to offer and that others would be receptive to their outreach.

“Higher-status people think, ‘I’m not just networking; I’m offering value to you,’” Cao explains. “They don’t feel like they’re taking advantage of their networking partner, which makes them come across as more authentic.”

Of course, the opposite is also true: lower-status individuals who feel they have little to offer others are less likely to network.

For those people, Cao advises to “think about the value you bring to this relationship. If you know you have value to bring to the relationship, you will feel more comfortable about doing this type of work.”

4. Status Affects How We Network

So social status affects how people generally approach networking. Another study by Smith and Leigh Thompson, a professor of management and organizations, shows that status also affects how people network when they really, really need to: when they’re at risk of losing a job.

Smith, Thompson, and coauthor Tanya Menon, at The Ohio State University, found that those who identify as having high social status tap into broader social networks when faced with the prospect of job loss than those who regard themselves as low-status individuals.

The difference does not reflect differently sized support networks. Rather, the research shows that higher-status job seekers typically reach out to a wide range of contacts, including individuals they met only occasionally in their work lives. Low-status people, by contrast, tend to share their situation with only their closest associates, such as family members and old friends.

“When people who perceive themselves as having high status face job loss, they remember the weak ties more than they otherwise would have,” Smith says. This is important because weak network ties are key sources of job-related information. “Low-status people under the same threat have exactly the opposite response; they go to dense, strong ties.”

5. When It Makes Sense to Network Differently

While it’s true that everyone should be networking, that doesn’t mean it’s a one-size-fits-all activity. Different types of people need to form different sorts of networks.

This is true for men and women hoping to land top jobs, according to research from Brian Uzzi, a professor of management and organizations, and colleagues.

The researchers analyzed social-network and job-placement data for graduates of an MBA program. For men, the most significant factor affecting job status after graduation was how “central” they were in their networks—that is, with how many highly connected people they have relationships.

Successful women also tended to be more central, but that alone was not enough to land them a top job. The most successful women often had a tight-knit circle of female colleagues as well.

The reason may come down to the types of information that men versus women need to succeed. Presumably, having numerous connections provides access to what the researchers call “public information,” such as which companies are hiring and which types of candidates they’re seeking. For men, that alone may be enough to land a good job.

Women, however, also need “private information,” which may include insider tips about a company’s leadership culture and politics, or hints about how to make an impression in a male-dominated industry.

Women are only likely to put faith in such private information when it comes from trusted contacts. Furthermore, only fellow women can provide the sensitive, gender-specific information that will be useful in a career context—hence the benefit of having connections who are both close and are women.

“You need that private information to understand how to negotiate within a world where you’re being held to different standards,” Uzzi says.