Goafest 2022: From Ogilvy India to McCann—who's in, who's out, and who's in-between

Why some of the top advertising agencies haven't returned to Goafest, why some have returned, and why a few others may never return. The real picture, by Storyboard18 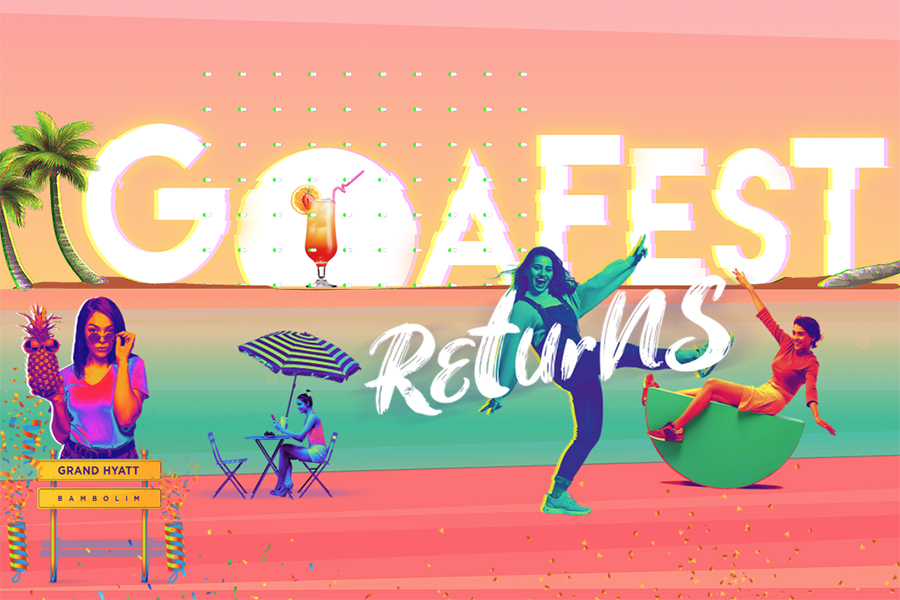 Nine years, a pandemic, several debates over the event’s quality, and raison d'etre later, a few of the agencies have returned to Goafest. Image: Goafest

In 2013, JWT India (now Wunderman Thompson India) made headlines the world over for all the wrong reasons. The agency created a set of three ads for Ford Figo without the client’s approval, uploaded them online, and entered the work in the Creative Abby competition at Goafest. It was after their appearance at Goafest that the ads blew up the Internet.

The most controversial of the three ads featured a caricature of former Italian Prime Minister Silvio Berlusconi. The ad showed Berlusconi grinning and flashing a victory sign from the driver's seat, with over-sexualised caricatures of women bound and gagged in the car's boot. It led to a wave of global attention and criticism. JWT India withdrew the ads from the competition. The global CMO of Ford condemned the ads. Heads rolled. Senior leaders at Ford and the agency in India lost their jobs.

While the industry was reeling from this shock, Publicis Groupe India’s agency Leo Burnett pulled two entries, which were part of its campaign for Tata Salt Lite, from the radio category. The agency had not submitted the mandatory letter of approval from the client for the campaign to be entered into the competition. BBDO India and DDB Mudra's campaign for Electrolux also came under the scanner. The Omnicom-owned creative agencies were charged with plagiarism.

A lot happened that year under the Goan sun, which became a sort of tipping point. Ogilvy India and independent show Creativeland Asia decided to not send entries for the Abbys at Goafest anymore. McCann Worldgroup India followed suit. The agency returned and left again.

Its transparency in question and credibility already in shreds, Goafest was riddled with speculative or scam work and questions surrounding the objectivity of its juries. There were lobbies and superegos. There was also the perpetual question of the fest quickly losing its learning quotient, following a drop in the line-up of international speakers and insightful sessions. Instead, Goafest rain dances became a highlight.

Adlanders’ interest in the fest has been on a steady decline. One former Ogilvy creative head quipped recently: "Do people still attend Goafest?" But worse was the fact that clients didn’t care for the fest. The focus shifted to newer award shows and more robust legacy awards like Effies, as agencies began seeing more value in those metals on their mantles.

Nine years, a pandemic, several debates over the event’s quality, and raison d'etre later, a few of these agencies seem to have changed their minds. Perhaps the Covid-induced break allowed for some reflection and a much-needed reset. To be sure, prominent agencies like McCann Worldgroup, Ogilvy, Lowe, and DDB Mudra Group are still not competing in the award show.

Some are just chipping in with some speaker and jury duties. Ogilvy’s Piyush Pandey, who is currently on his book tour, made an appearance on stage. His agency, however, has not entered the competition. Some of the country's biggest advertisers are on Ogilvy's client roster. It includes Mondelez, Hindustan Unilever, Mahindra Group, Asian Paints, ITC, and Pidilite.

The other big agency missing is Prasoon Joshi-led McCann Worldgroup. In fact, McCann Worldgroup India was named EFFIE India Agency of the Year for its work on some of the biggest brands, including Nestle, Dettol, Mastercard, Flipkart, Zomato, and Unacademy.

One agency that decided to give the Abbys a shot again this year is Leo Burnett India. One of the sponsors for Goafest was Spotify which is also a Leo Burnett client. Dheeraj Sinha, CEO and chief strategy officer, Leo Burnett, South Asia, and chairman of BBH India, tells Storyboard18, “It is our industry event. I honestly think we cannot bring change by sitting outside. It has to be a collective responsibility. We did see that there are efforts taken to make the awards clearer. There is consciousness and the processes are all in the right direction.”

Creativeland Asia, TBWA/India, and BBDO India are other agencies that have participated in Creative Abbys this year.

Prasanth Kumar, CEO of GroupM South Asia, tells us that he is “thrilled to see Goafest come back to life.” He speaks about everyone’s “vibe” that is “on a different high considering the industry is celebrating this together on-ground.” He adds, “I’m so glad to see Goafest finally happening and we had Mindshare win Agency of the Year on Day 1 of the fest, so this just adds up to my joy.”

Rohit Ohri, chairman & CEO of FCB Group India, who is also on the organising committee of Goafest 2022, believes that the awards continue to be well regarded by the industry at large. "Abbys has been seen as a well-regarded industry award for a while now. A lot many agencies have come back to the Abbys fold. This year the announcement for the awards came a bit late, but next year we will make it a big affair. I'm sure Goafest is set to reclaim its position of being the top awards of the advertising industry," he tells Storyoard18.

Wait-and-watch seems to be the approach for some people. That would explain why some agencies have chosen to abstain from sending entries this year, but are participating by sending their executives as Jury and Jury Chair.

Not everyone is feeling the same vibes. A senior executive from one of the top ad agencies that are sitting out, says, “The Abbys need to revamp itself. It has the potential to bring back its sheen. This can happen if clients are attracted and convinced to come on board in large numbers. They need to see the value.”

Naresh Gupta, co-founder and chief strategy officer of Bang In The Middle, agrees. He adds, “We as an agency believe if clients start paying for award entries, it becomes credible. It is much better than a ‘letter’. When clients pay, agencies automatically can’t submit scam work. Clients have stricter processes in place which can’t be tampered with.” However, Gupta’s agency wasn’t approached by the Goafest committee this year, which is why they decided to stay away.

The other problem he observes is that the Abbys is still “Bombay-focused”. He says clients do notice all of this. The award show needs to spread its net wide and open.

The 15th edition of Abbys did bring some welcome changes. This year the Abbys joined hands with One Show, one of the most prestigious awards programmes in advertising, design, and digital marketing, to bring global standards of judging, jury selection and transparency to the Indian awards brand. With the partnership, Advertising Club's Abbys will now share the stage with other global and regional award platforms.

Ten of the 22 jury members this year were women.

But the lineup of speeches, interviews and talks also had a senior client scratching his head, wondering what’s the big idea? “Is the idea to just fill the auditorium with bodies?” he asked. Folks have filled Goafest halls for a lot less though. Previously, when Goafest was held on the beaches of Goa with sessions taking place in giant air-conditioned tents, people flocked to it to escape the hot sun and the heat.

With inputs from Saumya Tewari and Tasmayee Laha Roy.

Tweets by @forbesindia
Can Atomberg take on market leaders like Havells and Crompton?
$36 million in JUNO tokens lost forever due to a typo