Vakrangee and the lost link 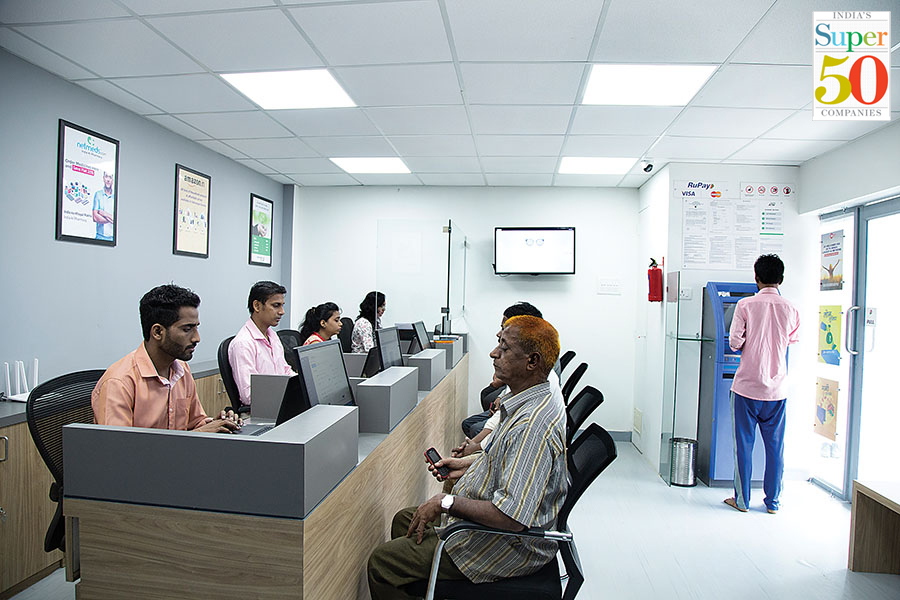 In the years Vakrangee spent shuffling its cards to come up with a winning hand, few expected its business model to crumble overnight. Every change in strategy had been explained as a new growth opportunity, while its stock moved only one way—upward.

Though the company—it provides last-mile digital connectivity in rural India through its Vakrangee Kendras—has made it to the Forbes India Super50 list, its stock has taken a hammering in the last five months. Several questions have emerged about the viability of the company’s business, its cash flows, and growth potential. Its auditors have resigned, while the company has made announcements—about buying back shares and paying dividends—that have not been followed up on.

Vakrangee’s troubles began on January 28, when Mumbai Mirror reported that it was being investigated by Securities and Exchange Board of India (Sebi) for share price manipulation. While the company denied receiving a Sebi notice, events spun out of control.

It emerged that Vakrangee had invested in HDFC Standard Life and PC Jewellers as a part of treasury operations. Shareholders did not take kindly to this, with investors wanting to know what their previous internal treasury policy was and why the company had chosen only two stocks.

Vakrangee immediately changed course and put 90 percent of its money in debt instruments and fixed deposits. This failed to enthuse the markets, and the stock fell from ₹505 on January 25 to ₹165 on February 28, a ₹36,000 crore loss in market cap.

Nitin Mangal, an analyst who was tracking the company since mid 2017, visited Kota, in Rajasthan, and found discrepancies between the company’s claim and ground reality.

Vakrangee Kendras offer services such as Aadhaar enrolment, PAN enrolment, payment of utility bills and taxes, and mobile phone recharges. Its revenue is a mix of fees and government payments.

While analysts calculated a monthly revenue of ₹75,000 for a rural centre, Mangal concluded it was between ₹25,000 and ₹35,000. “In many places there was just a board saying ‘Vakrangee Kendra’, but there was no centre or activity,” he says. While the centres should have been self-sustaining—Vakrangee collected fees as a percentage of a centre’s earnings—Mangal found the company paying a salary of ₹4,000 to centre employees. A Vakrangee spokesperson denied this.

It also emerged that the top line was inflated as the company adopted the gross merchandise value (GMV) method of revenue recognition; Vakrangee says this is legal. So, if a customer recharged a mobile for ₹100, that amount would be recorded as revenue.

By the time Vakrangee’s auditor PricewaterhouseCoopers resigned in April, the worst had been priced in. Its Q4 numbers showed that margins and profitability had crashed; PAT margins fell from 11 percent to 4 percent, even as revenue rose 62 percent on account of higher GMV.

For now there is no word on a share buyback or dividend. Instead Vakrangee says it plans to spend the money to install 45,000 white label (non-bank) ATMs at its Kendras, making it a close second to the 59,333 ATMs of State Bank of India. This comes at a time when white label ATM providers are struggling because of shifting Reserve Bank of India policy.

Vakrangee says it can make this business work as it has lower overhead costs than other ATM providers. The move has once again left analysts scratching their heads and wondering how long this deck of cards can be shuffled.