The central government has devolved responsibility to the states and private sector to fast-track vaccinations. But experts point to inequities and lack of availability that might derail the process 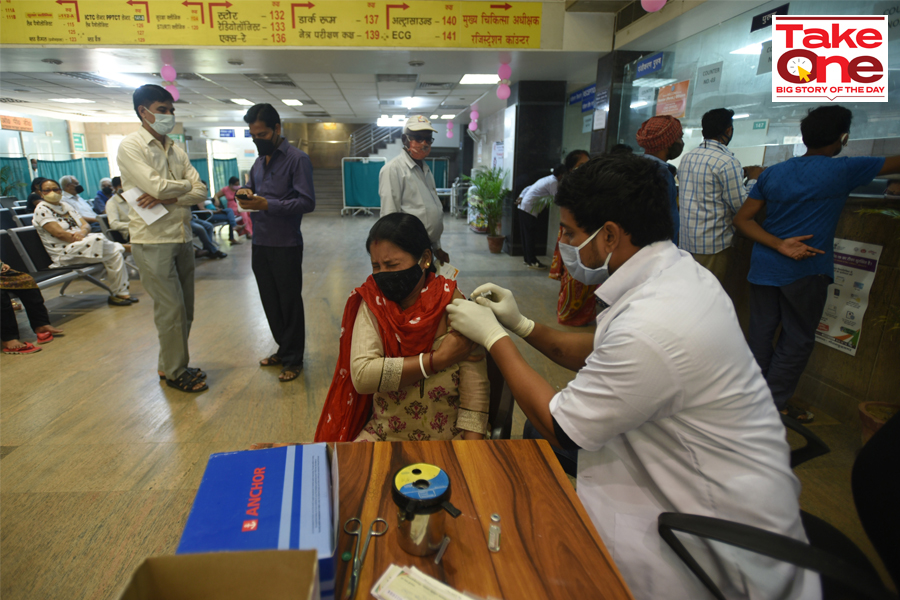 A woman above the age of 45 being vaccinated against Covid-19 a district hospital at sector 30, on April 16, 2021 in Noida, India.
Image: Sunil Ghosh/Hindustan Times via Getty Images

India is all set to vaccinate nearly 60 percent of its population from May 1. On April 19, as Covid-19 cases in the country swelled to record numbers, the Indian government announced a slew of changes to its coronavirus vaccination policy. India had begun vaccinations on January 16, and has so far vaccinated 125 million people. Of these, 16 million people have received both doses, while 109 million have received the first dose of either Covishield, commonly known as the AstraZeneca vaccine, or Covaxin, indigenously developed by Hyderabad-based Bharat Biotech.

“India’s National Covid-19 vaccination strategy has been built on a systematic and strategic end-to-end approach, proactively building capacity across R&D, manufacturing and administration since April 2020,” the government said in a statement. “While pushing for scale and speed, it has simultaneously been anchored in the stability necessary to sustainably execute the world’s largest vaccination drive." Under the revised plans, the Narendra Modi government has essentially shifted control of the vaccination programme from its own clutches to state governments and the private sector, which it reckons will help in ramping up vaccine coverage in the country. “This would augment vaccine production as well as availability, incentivising vaccine manufacturers to rapidly ramp up their production as well as attract new vaccine manufacturers, domestic and international,” the government’s statement said. “It would also make pricing, procurement, eligibility and administration of vaccines open and flexible, allowing all stakeholders the flexibility to customise to local needs and dynamics.” The revised scheme requires vaccine manufacturers to supply 50 percent of their doses to the central government, while the remaining can be supplied to state governments and to the open market. The government will continue to provide vaccines free of cost, while state governments and the private sector will be allowed to sell at a price that they have agreed upon with the manufacturer. However, domestic manufacturers will have to declare the price it will charge state governments before May 1. Meanwhile, vaccines that are being imported and are ready to use don’t need to be sold to the central government, and can directly be sold to state governments or the private sector, including hospitals and industrial establishments looking to vaccinate their employees. The government hasn’t confirmed the pricing policy for these vaccines. States, however, are still awaiting more information from the government on how these changes will be implemented. J Radhakrishnan, health secretary of Tamil Nadu, told Forbes India that it is “too early to comment because we do not know what kind of provisions, they [the Centre] are looking at”. According to him, it might be “a tough call” for states to procure vaccines at market prices, but without the exact details of the procurement process it will be difficult to comment on the implications of this development. The central government will, meanwhile, allocate vaccines to states based on numerous parameters, including the extent of infection, speed of administration and vaccine wastage. India is currently the second-worst Covid-19 affected country, with over 15 million cases. However, despite a surge in numbers, it has also seen as much as 23 percent of its vaccines being wasted, with five states—Tamil Nadu, Haryana, Punjab, Manipur and Telangana— accounting for the highest wastage. “Rather than planning to fulfil its original target of priority vaccination of all health-care personnel, first responder workers, people aged 65 and above, and those above 45 with co-morbidities, it has now abandoned that plan, and thrown vaccination open to all adults without any plan regarding actual delivery,” says Satyajit Rath, a scientist at the National Institute of Immunology and the adjunct professor at the Indian Institute of Science Education and Research. Where will the vaccine come from? So far, India had been vaccinating its large populace with just two vaccines, Covishield and Covaxin. In early April, it became the fastest country in the world to give more than 100 million doses, a feat that it achieved in 85 days, compared to 89 days in the US and 102 days in China. Yet, over the past few weeks, the country has been grappling with a severe vaccine shortage. Making vaccines available in the open market would definitely fast-track the vaccination drive, says Dr Azad Moopen, founder chairman and managing director of Aster DM Healthcare. He points out that the sero-positivity levels in different states vary from as low as 15 percent to a high of 40 percent. “I consider the second wave as a nationwide emergency that has to be dealt with on war-footing… we have to get to herd immunity levels of 75 to 80 percent through vaccination for controlling the pandemic. The government must procure sufficient quantities of vaccines and make arrangements for its administration immediately,” he says. “There is no shortcut—otherwise, there will be a collapse of the health care system, the loss of many lives, and a huge impact on the economy.” Covishield, manufactured by Pune-based Serum Institute of India (SII), has accounted for 90 percent of vaccinations in the country. A two-dose viral vector vaccine, it has an efficacy of 79 percent. On April 19, SII CEO Adar Poonawalla thanked the Prime Minister for opening up the vaccination programme and for providing “financial aid” that will help vaccine production and distribution. Poonawalla, whose company SII makes between 60 and 70 million vaccine doses a month, is looking to ramp up production to 100 million doses. For this, he had sought Rs 3,000 crore from the government; the government approved the request on April 20, and provided the amount in advance to SII. The move is also likely to help the company meet its global commitments as part of its deal with British pharma company AstraZeneca, and the global vaccine sharing platform, Covax. 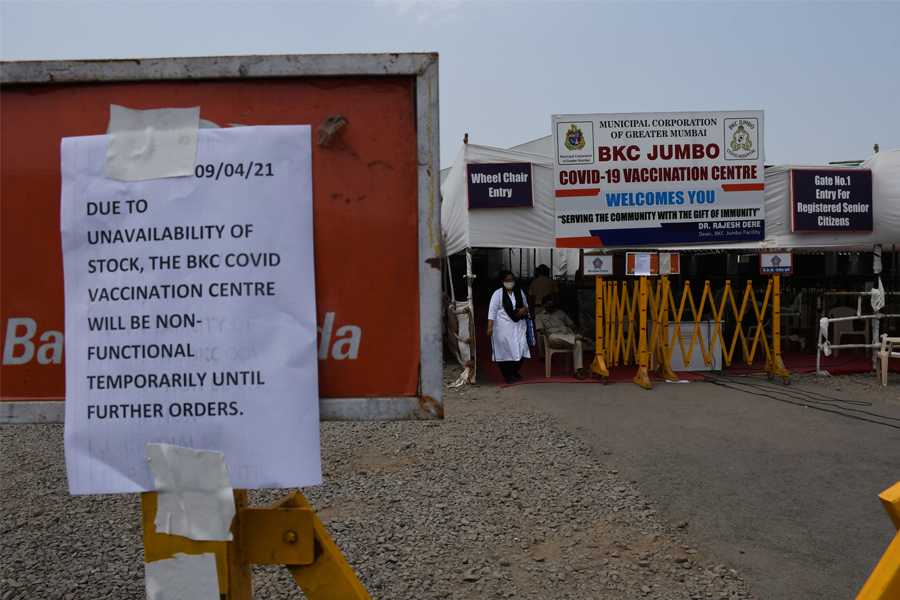