WhatsApp's privacy update: To flee or not to flee

Since the revamped policy was introduced on the messaging platform on January 4, there has been an uproar around its privacy issues. Here is a breakdown of what it entails and its impact on WhatsApp Business 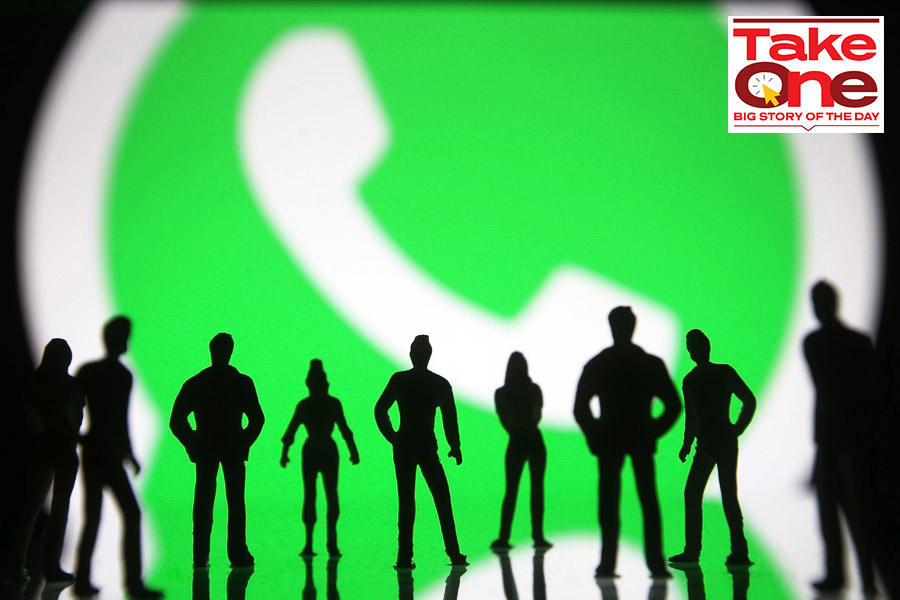 “The beauty of this platform is that it is secure,” says Joseph Aloysius, a Singapore-based student researcher in surveillance studies. Aloysius is referring to Signal, a California-based end-to-end encrypted messaging service that has been gaining momentum and users, who’ve been fleeing WhatsApp ever since it updated its privacy policy spurring worldwide outrage. The revamped policy, issued on January 4, states how user data will be impacted, especially when there is an interaction with businesses on WhatsApp. The new policy, clearly mentions: “When we share information with third-party service providers and other Facebook Companies in this capacity, we require them to use your information on our behalf in accordance with our instructions and terms.” Privacy experts believe this change wasn’t unexpected, given that WhatsApp is now a Facebook-owned entity and is hoping to integrate it into the larger Facebook ecosystem. Additionally, this was potentially necessitated by WhatsApp’s decision to introduce shopping and payment services on its platform.

Following this update, several global bigwigs—including Paytm founder Vijay Shekhar Sharma, Anand Mahindra, chairman of the Mahindra Group, and co-founder and CEO of Twitter Jack Dorsey—have been promoting the importance of privacy and advocating the use of other applications like Signal. Elon Musk, for instance, tweeted: “Use Signal.” “Signal’s USP is the importance it gives to privacy. The fact that it is open-source, peer-reviewed, and run by a non-profit organisation, makes the app very reliable and transparent for users. With apps like Signal, unlike WhatsApp, no third party can spy on you, your conversations or activities,” says Aloysius, who now swears by Signal. As people continue to flock to other messaging applications, WhatsApp is experiencing an exodus that led it to issue a clarification on Tuesday stating the privacy policy will only affect business accounts. "We want to be clear that the policy update does not affect the privacy of your messages with friends or family in any way. Instead, this update includes changes related to messaging a business on WhatsApp, which is optional, and provides further transparency about how we collect and use data,” WhatsApp said in a blog post. Despite this clarification, privacy experts are apprehensive. “The new policy states Facebook may have access to WhatsApp messages which users share with businesses if the particular business uses Facebook’s hosting service or if the business or its third party hosting service otherwise grants access to Facebook.It also confirms granular metadata collection of information about time, duration, frequency of activities and interactions by WhatsApp which was previously not stated explicitly—this even if a user doesn’t interact with business accounts,” says Devdutta Mukhopadhyay, Litigation Counsel, Internet Freedom Foundation. WhatsApp claims messages with businesses, in particular, will no longer be end-to-end encrypted. “This means that it affects individuals in their transactions with businesses, but not as much in individual-to-individual conversations. Depending on the business you are interacting with, and it's relationship with Facebook products, some information including transaction information, could be used as part of Facebook's larger data empire including for the delivery of advertisements,” states Divij Joshi, technology policy fellow at Mozilla Foundation, a global non-profit. Users have until February 8 to accept the new terms and conditions, which, according to Joshi, is the bigger issue. He reckons, “When such privacy policy changes were made in 2016, you had the option to opt out of some of these... But now what they’ve asked is either you agree to everything that has been said, or you don’t use the product.”

For some, including those who have read WhatsApp’s updated policy, there is no option but to keep using it. Joshi is one of them. “WhatsApp is almost like an essential service. It is using its position as the largest player in the market, and forcing people to opt in to these new terms,” he says. According to him, it isn’t an individual choice anymore—to be or not be on WhatsApp. Joshi further explains, “ There are many people who also need to communicate with me, including people for whom moving away from WhatsApp is difficult. It might be difficult for them to shift to another platform for a number of reasons. So, I’m forced to continue using WhatsApp because it’s an infrastructure and operates at scale and is difficult to move out of.” Like Joshi, for now, WhatsApp business owners such as Arti Mehta, a 52-year-old Mumbai-based home chef, have very little choice but to stay on. “I don’t understand other platforms for business purposes. WhatsApp is easy and my business has grown because of the app so I doubt I will be leaving it,” she says. Similarly, 32-year-old Neha Khatri, nail art, and mehendi artist from Vadodara, has no plans of quitting. “Real business happens on this app. All other apps are tedious and complicated. With features like quick replies and labels on WhatsApp Business, it becomes easy to connect with customers,” she adds. Going forward, WhatsApp will give businesses the option to use Facebook’s hosting services to interact with the users, and label businesses that will use these services. In addition, the business accounts on WhatsApp will also be able to use Facebook’s feature, Shops, to promote their products on the messaging app. All this means WhatsApp will be able to share data related to users’ interactions with business accounts. In addition, if a user shops via the Shops platform, their data will be shared with Facebook, which will, in turn, be used to target ads to users on Facebook and Instagram. “This isn’t just about advertisements, they can now manipulate your online behaviour, information can be given to data brokers, political parties. Privacy implications of these go beyond just consumer privacy,” says Joshi. "Even for businesses, going forward, it is very possible that small businesses in India will increasingly rely upon WhatsApp to conduct their business, including kirana stores. Facebook can now leverage it's position as an entrenched service provider across messaging, advertising and hosting to use the data of small businesses that rely upon it's infrastructure, for it's own profits,” adds privacy expert Joshi. Other Alternatives “Signal is a more secure platform because it doesn’t collect any meta data about our activities and interactions,” says Mukhopadhyay. As of January 11, the app has garnered about 1.3 million global downloads on the App Store, according to app data and analytics website Apptopia. “We have no data, We have your telephone number. But everything else is encrypted. We can’t tell you what you look like. We don’t have your profile photo. We can’t look at your messages. We can’t look at your groups. We can’t look at anything. No one else can make that guarantee. Privacy is important only until you need it,” Brian Acton, executive chairman of the Signal Foundation, told Forbes India. In comparison, Mukhopadhyay says Telegram is less secure as compared to Signal, “because end-to-end encryption is not enabled by default, and can be turned on as an option in Secret Chat”. However, its popularity has been growing. According to a blog post by Telegram founder Pavel Durov on 12 January, in the first week of January, Telegram surpassed 500 million monthly active users. In the last 72 hours, 25 million new users joined Telegram. Of them, 38 percent were from Asia, 27 percent from Europe, 21 percent from Latin America and 8 percent from MENA (Middle East/North Africa). But despite these apps’ growing popularity, small-time business owners and 15 million other WhatsApp business users in India (according to data released by WhatsApp), and Mehta and Khatri have decided to wait. “We’ll have to take a decision on whether we can stay or leave based on how our customers are going to react,” says Mehta. “We’ll observe the trend till February 8 and see the response,” she adds. Khatri is of a similar opinion. “While I don’t have plans to move platforms, there will be no point staying on it if the people we are on it for aren’t there,” she says. Additional inputs by Manu Balachandran