Black money crackdown: Here's what Narendra Modi might do next

The Prime Minister has announced that many more measures will be introduced in the coming days to prevent future generation of black money. Check out some of the likely measures 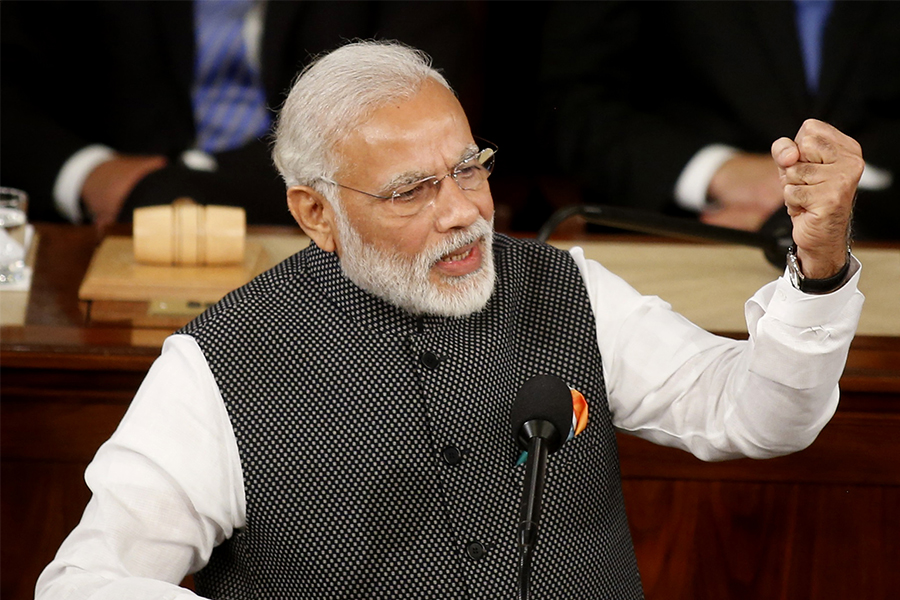 Demonetization of high value denomination notes has been perfectly timed by the Government when it is all set to implement the Goods & Services Tax which will require full disclosure of turnover or gross receipts.  This move is a paradigm shift in the economic direction of the country.  The effects of demonetisation will be fairly positive in the medium term because it will be reflected in lower inflation, rates of interest, and substantial surplus accruing to the Government on account of several lakh crores of rupees not being deposited in banks.

While the Reserve Bank of India is legally bound by its promise to pay the bearer a sum equivalent to the value of the currency, all those who do not deposit the demonetized notes in their bank account by 30th December, 2016 will be able to encash the value of these notes only at designated offices of the Reserve Bank of India by personally going to those offices with proper identification documents, including the PAN Card.  Very few persons would have the time and inclination to do this and, therefore, a substantial part of the undeposited cash in bank accounts will be a windfall for the Government.

Such windfall is difficult to estimate at this juncture, but even an amount of Rs.4 lakh crore to Rs.5 lakh crore would result in doubling the projected revenue by way of personal income-tax which is estimated at a figure of Rs.3,53,174 crore for the current fiscal year 2016-17.  This unexpected surplus accruing to the Government will be used in the next financial year for re-capitalizing public sector banks, building infrastructure, strengthening the rural economy and invigorating the social sectors of education and health.

Since banks will be flooded with liquidity, loans and credit will freely flow to small and medium scale entrepreneurs.  This would be a great leveler as the trend is towards promoting retail banking rather than corporate banking.  While there may be a slowdown in the rate of growth in view of the cash crunch faced by consumers during the third and fourth quarters of the current financial year, the growth rate will not only stabilize during the fiscal year 2017-18 but will show a rising trend as the GST regime sets in, leading to a single market mechanism with tax rates being streamlined and inter-State bottlenecks being removed.

With a lower fiscal deficit than what was budgeted for the current financial year 2016-17, the Government will be inclined to lower the rates of personal income tax and bring down the maximum marginal rate to 25% in line with the lower corporate tax rate applicable to new companies. Government may also consider gifting a small amount to those who have zero balances in their newly opened  Jan Dhan Yojana bank accounts.

The inconvenience caused to depositors is slowly abating as more cash is being injected into the banking system in the coming days.  The Government made a logistical error in printing Rs.2,000 notes instead of arming the banks with millions of Rs.100 notes by 8th November.  Had these Rs.100 notes been given in exchange of the demonetized currency notes, the pain and anguish of the citizens could have been avoided during the first fifteen days.  The Government must, therefore, move quickly into damage control mode and take advantage of the electronic backbone provided by the National Payments Corporation of India.

Consequently, mobile banking should become the order of the day as 750 million Indians now possess mobile phones, out of which 300 million have smart phones.  Mobile phones can be linked with bank accounts using a communication protocol, namely, unstructured supplementary service data.  Already 50 banks are on this platform. Mobile wallets operated by telecom service providers will simplify transactions for the rural and urban citizens alike.

The Prime Minister has announced that many more measures will be introduced in the coming days to prevent future generation of black money. Some measures may be on the following lines.

- With a view to move towards a digitized system of payments and make a dent in the cash economy currently prevalent, all scheduled banks will be encouraged to set up Point of Sale (POS) terminals in every shop registered in every State so that debit/credit cards can be conveniently used and the need for cash transactions is eliminated. This can be done in a phased manner starting with the 30 largest cities of India.

- While many fuel stations currently have ATM facilities and POS terminals, the remaining petrol, diesel and CNG fuel stations throughout the country would be equipped with POS terminals on a war footing so that cash transactions can thereafter be prohibited.

- All hotels, restaurants, bars, pubs and other eating establishments, except roadside tea, juice, milk and snacks stalls, will be equipped with POS terminals and by next year, transactions with customers will be permitted only by debit/credit cards or use of electronic wallets.

- All professional service providers like lawyers, doctors, accountants, interior designers, etc., would mandatorily be required to have POS terminals in their offices/ establishments failing which their tax returns would be subjected to compulsory scrutiny.

- Rationalisation of political funding and regulation of real estate transactions.

These measures will ensure that India moves towards a cashless economy in a seamless manner. With the introduction of the GST, a new era of growth and prosperity will ensure that the country will emerge as the third largest economy in the world, after the United States of America and China. The Indian economy is in a reboot mode. The present predominantly cash based economy will evolve into a digitized economy. E-commerce will get a fillip and e-wallets, debit/credit cards and electronic transfer of funds will become the order of the day as it is in all advanced countries of the world.  India will truly emerge from a developing economy to a developed economy by 2025.