Unsung Heroes: The doctor at the frontline since India's first case 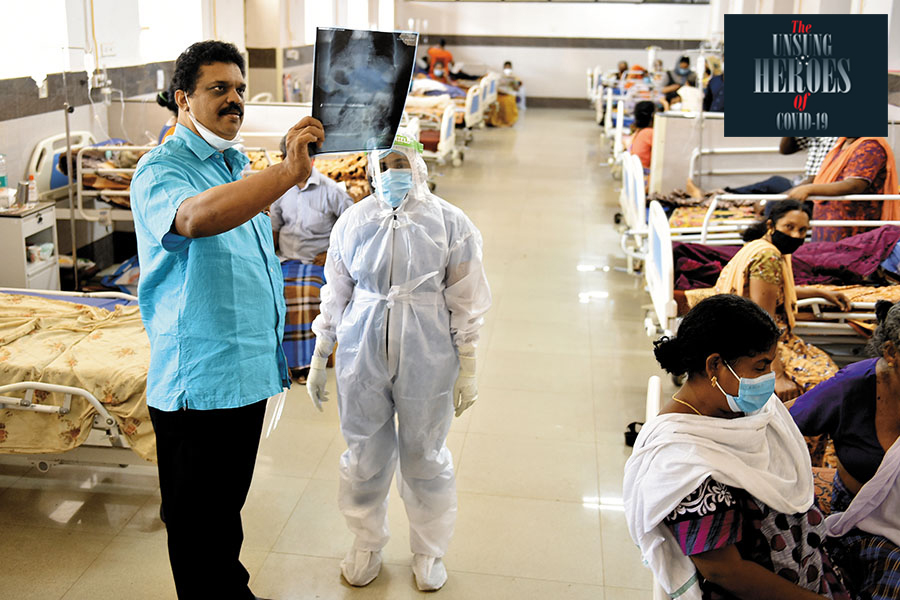 Dr Santhosh Kumar, deputy superintendent at the Government Medical College in Thiruvananthapuram, is leading the charge despite suffering a heart attack in November
Image: R Ravi for Forbes India

For much of his two-and-half-decade-long career, Dr Santhosh Kumar had built up a reputation for working through epidemics and civilian health crises. From the Ebola outbreak in Sierra Leone to war-torn Syria, the 48-year-old has travelled to and worked in 40-odd countries, volunteering to help the needy.

Perhaps, that’s why he was also Kerala’s go-to man when Covid-19 hit. “My experience in countries such as Sierra Leone, where we had worked with Ebola patients, came in handy when the ongoing crisis hit,” says Kumar, who is the deputy superintendent of the emergency department at Kerala’s Government Medical College in Thiruvananthapuram. “But even with Ebola, while mortality might be between 60 and 80 percent, it wasn’t such a prolonged spell. In that sense, this crisis was somewhat of a surprise.”

The Government Medical College in Thiruvananthapuram is one of the state’s oldest and most visited hospitals, and a leading academic institution. “When we started, we did not have any playbook to follow,” Kumar says. India’s first Covid-19 case was reported in Kerala last January, when a student who had travelled from Wuhan in China, the epicentre of the outbreak then, returned to the state.

Soon after the first case was declared, Kumar and his team knew the task at hand. “We set up a swabbing centre and an isolation centre, the first of its kind in the country,” he says. “We also had experience in dealing with the Nipah virus, and that meant we put up isolation centres, testing areas, and specialised ICUs.” In 2018, a Nipah virus (NiV) outbreak was reported from the Kozhikode district of the state, killing over 17 people. More than 2,000 people were quarantined and kept under observation during that time.

Kerala is India’s fifth-worst state in terms of Covid-19 cases, with over 700,000 cases, but with a relatively low mortality rate. So far, less than 3,000 people have lost their lives to the virus. 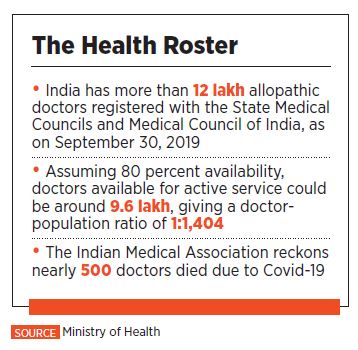 “The initial days were, of course, a blur. There was just so much uncertainty,” Kumar says. “There was a shortage of PPE kits and masks, and we were in a hospital where non-Covid patients were also being treated. There were days when we never got to go home.”

It was in this hospital that the second Covid-19 death in Kerala took place. “There is still some ambiguity about it,” says Kumar, about the death of a 68-year-old. “But that also meant that we had to ensure protocols were put in place. At 2 am, we had to wrap the body in a PPE kit, and also had to teach staff and municipal workers about the sensitive nature of the crisis.”

Even as the team began laying down protocols and necessary health infrastructure in Thiruvananthapuram, Kumar was soon tasked to travel to Kasaragod, Kerala’s northernmost district, where cases had begun to swell in April. He led a team of 25 members, including doctors and nurses, to convert an academic block in the existing Kasaragod Medical College into a Covid-19 hospital there.

“There were no workers available,” says Kumar. “We reached there on a Sunday evening, and by Monday evening we set up a 200-bed hospital in the academic block.” Kumar and his team set up three areas within the hospitals, a buffer zone, a service area, and a patient treatment area, and had seven patients admitted on the first day. The hospital went a long way in Kasaragod’s fight against Covid-19.

By April, Kumar was again on the road, this time to Mumbai, after the Maharashtra government invited him to help ramp up the health infrastructure in the city, then struggling with rising Covid-19 cases. “The situation was very grim in Mumbai,” Kumar says. “People were dying all around.”

Kumar had led the 50-member team of doctors and nurses from various parts of the country. The decision to shift to Mumbai was due to a severe human resource crunch in the state. “There was a crunch of health care workers, and that was mostly because people were scared.”

While Kumar and team worked in the SevenHills Hospital, the experience proved crucial in Kerala’s fight against Covid-19 as cases peaked around September. “We realised that the supply of oxygen was becoming an issue,” he says. “We needed liquid oxygen tanks and plants, and that’s something we informed the administration in Kerala. That helped when cases rose in Kerala.”

In November, Kumar suffered a myocardial infarction, and despite frequently testing for Covid-19, eventually found out he had the antibodies, indicating that he had contracted the coronavirus earlier. “It seemed like a post-Covid-19 complication,” Kumar says. “But I am back now.”

For now, Kumar has no plans to stop. “I want to continue to contribute to society,” he says. “ I have learnt so much from Syria and Iraq and Nepal and Iran. As a responsible citizen, I must only use that for society’s welfare.”