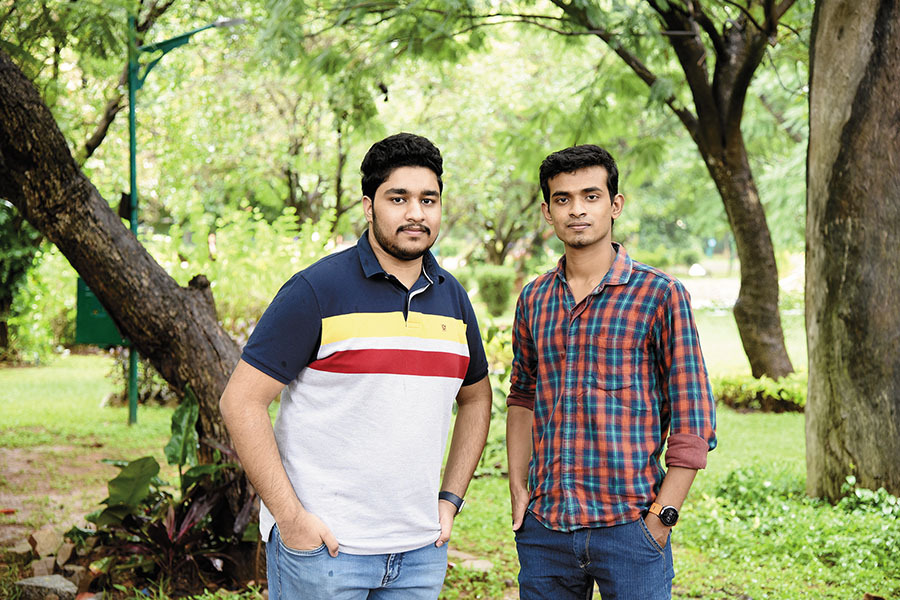 Climate change has caused the extinction rate of species to increase 1,000x as compared to the natural extinction rate. Due to this, the migration patterns of a lot of avian and marine species have been affected, which means they are more susceptible to predation and their reproduction is also affected. As a result, their numbers start to dwindle, and they move into the endangered category before becoming extinct. In an attempt to help solve this problem, teenagers Akarsh Shroff and Rakshak Gowda came up with a Femto-satellites based wildlife monitoring system, to help conservationists and research organisations collect data about the migration patterns of species via biotagging. “Though there are existing systems like ICARUS and ARGOS, the problem is they cannot track various smaller avian species and some deep sea marine species since these have an extended handshaking period [time it takes to exchange signals between the transmitter (biotag) and receiver (satellite)] and the size of the biotag is large,” says Gowda.

They started work on the system in 2019 and set up a company, Grey Night, in July 2020. The duo is building a network of 17 Femto-satellites (miniaturised satellites that weigh less than 100 grams) to be launched in a low Earth orbit (satellites with orbital altitude under 1,000 km). Shroff explains, “With our patent pending technology, we will be able to reduce tracking costs, decrease the transmission energy, have lower handshaking periods and will be able to track deep-sea marine species as well, since our biotags will be smaller. ”Through Grey Night, Shroff and Gowda are planning to cater to wildlife conservation organisations that need migration data of species. “Currently, they [organisations] are charged anywhere between $7,000 and $9,000 but using our technology—where our capital expenditure will be reduced—we will be able to provide our tracking services at a 20 percent reduced cost,” says Shroff, 20. About $800 million is spent on tracking over 1,000 species annually, and this is projected to grow to about $3.8 billion in the next five years. The duo is hoping to capture 15 percent of this market segment in the next five years.They have already received an undisclosed amount of seed funding from a reputed incubator. “We have received one provisional patent, and are in the process of filing five additional patents for the design of our satellites, motherboard and the design of the biotag itself,” says Gowda, 20, who looks after the technical aspects, while Shroff takes care of business. Shroff adds, “We have also made an agreement with the European Space Agency through which they will be covering the launch costs for our first satellite.”The prototype was scheduled to be launched in 18 to 24 months, but the coronavirus pandemic has disrupted their timelines. But Shroff and Gowda are hopeful to have the system fully operational in the next three to three-and-a-half years. Going forward, they are planning to incorporate Grey Night as a US-based company, since they believe space technology and conservation have a lot more scope in the US. “We are also looking at getting into an international space tech accelerator,” says a hopeful Shroff.