The maligned mango and other clichés writers fear

It has become de rigueur to pan the king of fruit as a falsification of 'colour' in Indian novels. But isn't deliberately squeezing it out just as ridiculous? 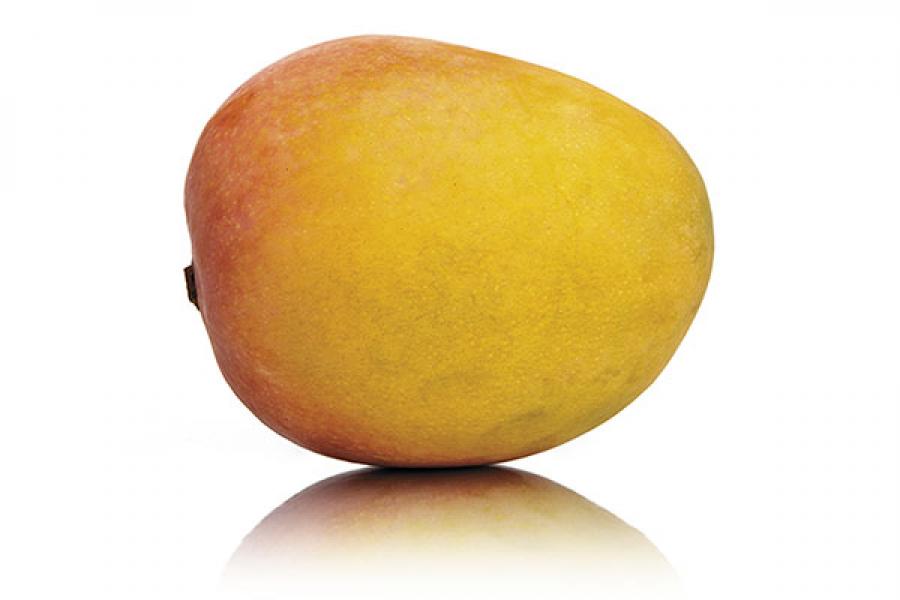 Outside the old house in Aracataca where Gabriel García Márquez was born is a big sign carrying one of his most well-known quotes: “I came back to smell the guava.” The writer made this statement when he decided to leave Spain, where he was working as a journalist, and return to his home country, Colombia. The fragrance of the guava evoked his Caribbean childhood, he said, and without it, it was impossible for him to write. It was a characteristically wily remark, at once earthy and grand, calculated and epiphanic, and it stuck to Gabo for the rest of his life.

I read that sentimental quote with a deep sense of amusement because I found myself transposing it to an Indian context. It made me wonder: What if an Indian writer were to make a similar statement about the mango, lamenting that he or she found it difficult to write without the perfume of mango blossom? One can easily imagine the hoots of derision the sentiment would evoke and the forest of sardonic eyebrows it would raise.
The writer would be mocked for being a pretentious peddler of exotica; for catering to the West; for playing on a pulpy trope now firmly associated with the worst kind of Indian novel, especially if said novel had the misfortune of being written in a language as ‘inauthentic’ as English. The kind of novel that trades in the Great Indian clichés of spices, saris, arranged marriages, monsoon, tigers and, most egregious of all, mangoes.
The mango has become the object of parody and ridicule in the literary world. It has pride of place on the list of ‘What Not to Write About When You Write About India’, a stricture that is more than slightly absurd given how central the mango is, and has been, to the Indian ethos, from the ancient past to our modern present, and how lusciously intertwined it is with the country’s religious, literary, cultural, and political traditions.
From Kalidasa comparing a maiden’s lips to the tender leaves of a mango tree to the Buddha meditating in a mango grove to the mangophile Ghalib composing odes to its sweeter-than-sugarcane sweetness to successive Indian prime ministers sending cases of mangoes to their counterparts in Islamabad as a diplomatic softener and receiving fragrant cases in return, the mango has always had a star role in our history. To call it exotic is quite nonsensical. Now that the summer is here, and with it the season of mangoes, it’s a good time to bring the king of fruit out of the literary closet and examine why it causes so many writers to break out into a rash.
In the last few years, Indian novels have tackled everything from Naxalite politics and science fiction to city crime, dislocation and political violence. Shambling family sagas, once the novelistic staple, have been replaced by grittier and more public fictions. Among those who have welcomed the complexity ushered in by the new wave of novels is Rana Dasgupta, whose novel, Solo, centres, unusually enough, around a hundred-year-old Bulgarian scientist rotting out his last days in the wake of communism’s collapse. Dasgupta said he was glad the Indian-English writing had extricated itself from “the welter of sari-and-mango novels” and was moving into “darker, messier terrain”. The mango novel has thus become shorthand for the tiresome, shopworn ideas associated with India, the centrepiece in a basket of orientalism. Dasgupta is not alone. More recently, several other novelists from India have echoed his sentiment: 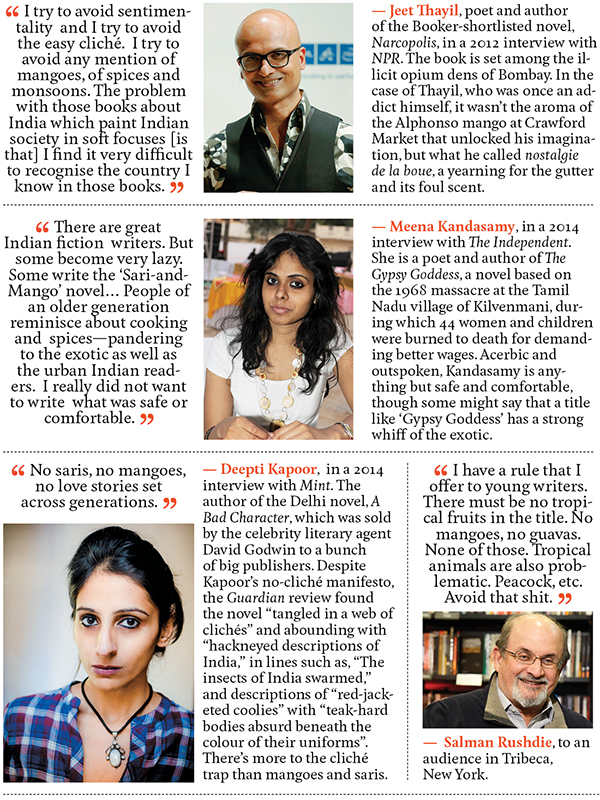 Rushdie’s comments were uttered in a semi-jocular vein, and should be taken in that spirit—with a pinch of salt, or, better still, a fat pinch of aamchur.

A miraculous fruit: Legend has it that a royal gardener, Ganda, offered the Buddha a ripe mango. The Buddha ate it, and when the pit was planted at the city gate, it sprouted into a magnificent tree

After all, his rule didn’t stop him from enthusiastically endorsing Kiran Desai’s Hullabaloo in the Guava Orchard, and calling it “lush and intensely imagined,” which it certainly is. Desai’s magical-realism novel is set in a juicy guava tree, into which a young man climbs to escape his family’s endless pestering. In the tree, he cohabits with a troupe of monkeys, munches the ripe fruit, and eventually attains the Garciamarquian ideal of nirvana, by metamorphosing into a large guava. 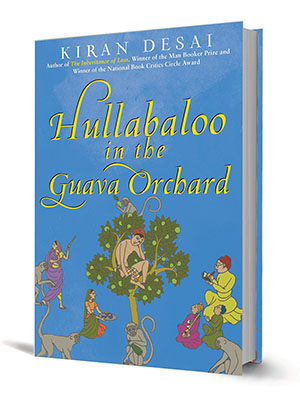 Arundhathi Roy’s acclaimed Booker Prize-winning novel The God of Small Things doesn’t have a fruit in its elegant title, but the opening paragraph, which is soaked in sunshine and colour, makes up for this lapse with references to three different tropical fruit: “May in Ayemenem is a hot, brooding month... The river shrinks and black crows gorge on bright mangoes in still, dustgreen trees. Red bananas ripen. Jackfruits burst. Dissolute bluebottles hum vacuously in the fruity air. Then they stun themselves against clear windowpanes and die, fatly baffled by the sun.”
But the most insouciant flouting of the avoid-mangoes-at-all-costs rule occurs in Pakistani novelist Mohammed Hanif’s political satire, A Case of Exploding Mangoes.  Easily one of the finest and funniest novels to emerge from the subcontinent in recent years, Mangoes uses laconic humour to skewer the megalomania and corruptions of the mango-loving dictator, General Zia-ul-Haq, who was killed in a mysterious 1988 helicopter crash. The novel mock-seriously examines the baroque web of speculation surrounding Zia’s death, including a crazy theory about a curse-carrying crow that, after glutting itself on mangoes, flies lazily towards the plane. Sucked into the engine, the crow crashes the copter, and Zia becomes a victim of the bird’s fruity gluttony. If any novel toys with and explodes the mango bogey with panache, this one does. 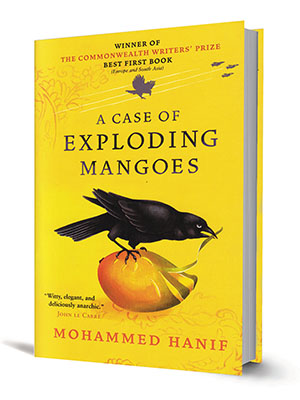 Despite the conspiratorial role of the mango in his novel, Hanif gamely contributed to a satirical item in the literary magazine, Granta, titled ‘How to Write about Pakistan’, in which the mango is foregrounded as the prime Pakistani stereotype. The list was an adaptation of the Kenyan novelist Binyavanga Wainaina’s wildly popular satirical essay in Granta,  ‘How to Write about Africa’, which lampooned the way in which the world sees Africa (Safari, Famine, Wars, Foreign Aid).

It was compiled with three other novelists, Mohsin Hamid, Daniyal Mueenuddin and Kamila Shamsie. Incidentally, Mueenuddin is a mango farmer in the Punjab, and his excellent short story collection In Other Rooms, Other Wonders is ripe with references to mango orchards, mango sap, mango wood, mango blossom, and, most intriguingly, a variety of black mango that’s as smooth as ice-cream. Although the ten-rule Pakistani list had a few funny lines, on the whole the tone is somewhat belaboured.
An excerpt from ‘How to Write about Pakistan’:
1. Must have mangoes.
2. Must have maids who
serve mangoes.
3. Maids must have affairs with man servants who should occasionally steal mangoes.
4. Masters must lecture on history of mangoes and forgive the thieving servant.
5. Calls to prayer must be rendered to capture the mood of a nation disappointed by the failing crop of mangoes.
6. Fundamentalist mangoes must have more texture; secular mangoes should have
artificial flavouring. 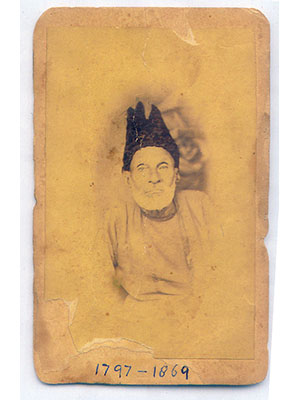 By royal decree: Ghalib (above) was an ardent mangophile as was his patron, the last Mughal Emperor Bahadur Shah Zafar, who insisted on eating mango jam even after his hakim forbade him to do so because it gave him diarrhoea

Novelists of other countries, too, have grappled with the issue of how to write about their homeland and how to interpret it for the world. What should one include, and what should one leave out? The great Argentinian writer Jorge Luis Borges found himself questioning what was truly native and what crossed the line into the exotic and touristy. He found the answer in historian Edward Gibbon’s masterpiece, Decline and Fall of the Roman Empire.

This is what Borges said: “Gibbon observes that in the Arabian book par excellence, in the Koran, there are no camels; I believe if there were any doubt as to the authenticity of the Koran, this absence of camels would be sufficient to prove it is an Arabian work. It was written by Mohammed, and Mohammed, as an Arab, had no reason to know that camels were especially Arabian; for him they were part of reality, he had no reason to emphasise them; on the other hand, the first thing a falsifier, a tourist, an Arab nationalist would do is have a surfeit of camels, caravans of camels, on every page; but Mohammed, as an Arab, was unconcerned: he knew he could be an Arab without camels.” 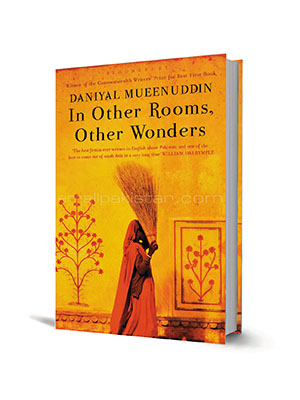 The camel offers us a perfect analogy for the slippery place of the mango in the Indian novel. Squeezing it into a story manuscript just to provide some lazy local colour will smack of falsification. But to deliberately squeeze it out is equally ridiculous. Doing a mental find-and-delete is as much an act of exotification as playing it up. India’s greatest writers never worried about being exotic. In RK Narayan’s Swami and Friends, dreamy little Swami is given a sum to solve with mangoes in it, and he puzzles over it for a long time. Premchand, an expert marksman whose catapult unerringly brought down mangoes, has some marvellous mango scenes in his classic novel Godan. No one can accuse either Narayan or Premchand of writing “sari-and-mango novels”.
One of the most poetic exchanges about the mango took place on Twitter between novelist Teju Cole and a young man from Bangalore.
First, Teju Cole tweeted to his over 1,83,000 followers:
@tejucole : Any god can make a tree. But only a human being can write a poem.
To which, @kartekay , a Groucho Max fan from Bangalore, replied:
@kartekay : but some trees hv mangoes
Cole graciously tweeted back: @tejucole I concede this round.