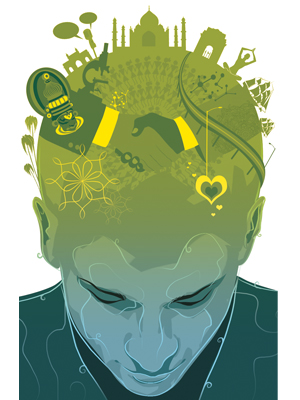 India is the cradle of the human race, the birthplace of human speech, the mother of history, the grandmother of legend, and the great grandmother of tradition. Our most valuable and most instructive materials in the history of man are treasured up in India only.
Mark Twain

We owe a lot to the Indians, who taught us how to count, without which no worthwhile scientific discovery could have been made.
Albert Einstein

For in Asia and around the world, India is not simply emerging; India has already emerged. And it is my firm belief that the relationship between the United States and India—bound by our shared interests and values—will be one of the defining partnerships of the 21st century.
Barack Obama

There are some parts of the world that, once visited, get into your heart and won’t go. For me, India is such a place. When I first visited, I was stunned by the richness of the land, by its lush beauty and exotic architecture, by its ability to overload the senses with the pure, concentrated intensity of its colours, smells, tastes, and sounds… I had been seeing the world in black and white and, when brought face-to-face with India, experienced everything re-rendered in brilliant technicolour.
Keith Bellows

India has left indelible imprints on one-fourth of the human race in the course of a long succession of centuries. She has the right to reclaim … her place amongst the great nations summarising and symbolising the spirit of humanity. From Persia to the Chinese sea, from the icy regions of Siberia to islands of Java and Borneo, India has propagated her beliefs, her tales, and her civilisation!
Sylvia Levi

Coming back to America was, for me, much more of a cultural shock than going to India. The people in the Indian countryside don’t use their intellect like we do, they use their intuition instead, and their intuition is far more developed than in the rest of the world.
Steve Jobs

Tweets by @forbes_india
Is the Modi power vertical the dominant force in government?
Economic Milestone: Rise of India Inc (2005)